5 Emerging Machine Learning and AI Trends To Watch in 2021

Automation’s Impact on the Job Market 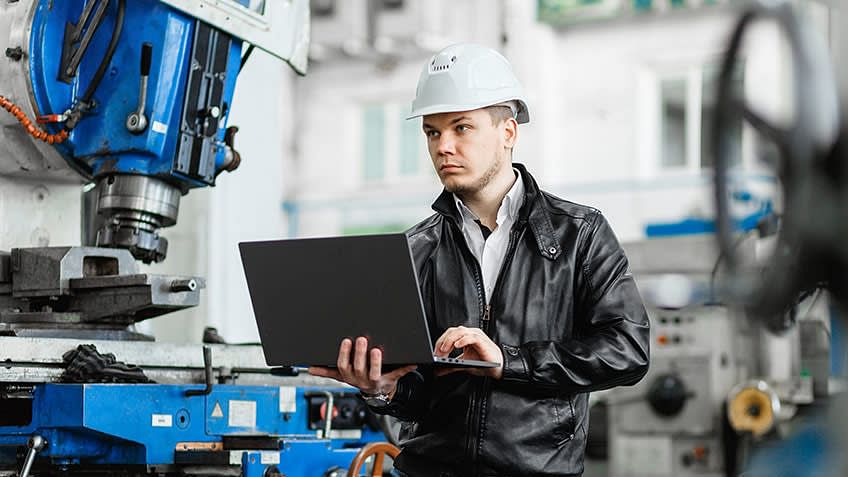 Over the last quarter-century, automation, robotics, machine learning, and artificial intelligence have made the transition from science fiction to science fact. Automation is the wave of the future, but it carries with it the images of millions of workers out of a job, replaced by machines. The fear of being replaced has been around for decades now, and it shows no signs of abating.

In fact, across the world, a significant percentage of people believe that robots and computers will take jobs away from humans in the next half-century, according to a Pew Research Center survey conducted in the fall of 2018. But then again, a Gallup survey conducted in early 2018 showed that while 73% of Americans believe that Artificial Intelligence will eliminate more jobs than it winds up creating, only 23% were concerned that they themselves would be directly impacted by it.

There is a lot of concern and speculation out there, so what’s the actual impact of automation on today’s job market? Will automation save it or bring about its doom?

When looking for a good way to describe how automation helps the job market, one need only look as far as the lyrics to the rock group Styx’s 1983 hit “Mister Roboto”, where the song talks about thanking robots for doing the jobs nobody wants to. Repetitive work is boring, often dirty, and sometimes dangerous. Even though people want to work, they’d rather not take such jobs, if given a choice.

One of automation’s strong points is that it’s ideally suited for taking over the dangerous, dirty, drudge jobs, thereby giving companies the ability to offer more attractive jobs to aspiring employees. Offering a position that has an atmosphere conducive for employee growth is far more attractive; it’s not so much giving someone a job as it is starting them on a career. Give people better choices of jobs and they will eagerly pursue them, and be better employees as a result.

Now, this all assumes that automation would actually result in a quantitative increase in jobs, not just a qualitative one. After all, getting rid of a host of boring and dangerous jobs and replacing it with far fewer better quality jobs doesn’t help a large number of job-seekers, now does it?

An Increased Number of Jobs

Fortunately, automation does in fact create more jobs. While there are always charts available that show wildly different predictions about job loss or gain, the consensus seems to be that automation actually results in more jobs.

For instance, last year, a study on automation in the United Kingdom showed the loss of 800,000 jobs and the INCREASE of 3.5 million jobs! A Swiss think tank predicted that automation would eliminate 75 million jobs across the world, yet add 133 million new ones.

There are even studies that indicate that some of the forecasts have been exaggerated. Based on these points, it’s easy to see how the job market would actually be enriched and enhanced by automation, not ruined. However, there is one truth that cannot be ignored…

Yes, Some Jobs DO Get Phased Out

Every technological innovation comes at a price. The railroads spelled doom to the horse-drawn wagons, and the automobile brought doom to the railroads. Video killed the radio star, and Netflix killed Blockbuster. New tech uproots the old; that’s the way of things.

Look at how many professions have died over the past few centuries as newer, better methods and products came onto the scene. With advances and innovations arriving at an increasingly exponential rate today, it’s only logical that some jobs will go the way of the dinosaur. Somewhere out there, someone is going to lose his or her job.

This chart shows a sampling of occupations and the likelihood that they will become automated. The trend appears to be greater in the agriculture and manufacturing industries, plus jobs in food service, courier and postal positions, and land-based transport (passengers and freight). As for some specific examples, jobs such as data entry clerks, tax preparers, and telemarketers could be lost completely to automation, though it’s probably a good bet that many people would like to see telemarketers go away completely!

Bottom line, occupations that rely more on repetitive physical tasks stand a greater chance of being affected by automation.

But Not All Jobs Are Vulnerable

On the upside, there are certain occupations and careers that are very safe from automation-based obsolescence. Fields such as healthcare, teaching, politics, science and engineering, law enforcement, and IT stand less of a chance of being adversely affected by automation.

And not only are there a good selection of jobs that are less likely to be harmed by automation and robots, many jobs that are more vulnerable won’t be completely divested of human workers; in fact, those employees will find their workload helped out immensely by automation. In other words, it doesn’t have to be an “all or nothing” proposition. One could have a business where certain functions of employees’ jobs are automated, but still needing human interaction.

For instance, jobs in the customer service or human resources industries could be made easier by having more tedious and repetitive elements handled faster and more accurately with automation, leaving the human employees to handle the more interesting and challenging aspects of human interaction. The human element is needed for tasks that require cognitive intelligence, reasoning and judgement calls. Rather than being a threat, automation becomes a partner, taking the boring, irritating tasks off the professional’s hands.

In fact, one could argue that some of the positions lost due to automation will return in part in a different form, namely the demand for professionals who can maintain the automated aspects of production.

This article features point out how the likelihood of various industries experiencing a shortfall of skilled workers over the next decade. Among the culprits of these shortages are the current generation retiring in greater numbers, less emphasis placed on graduates being proficient in STEM (Science, technology, engineering, mathematics), and an overall lack of understanding and experience in new technology.

The Robot Report further reinforces this, predicting that the US alone could experience shortfalls over the next ten years, and end up with having $454 billion of manufacturing GDP at risk in 2028!

So how does this gap get addressed?

The solution to the skill gap problem is making sure that existing employees are upskilled in automation technology, and new hires be proficient in those skills before they are hired. That’s why Simplilearn offers the RPA UiPath online training. With this course, you will master the skills needed to become an RPA expert, building your RPA expertise from the ground up using the advanced UiPath RPA platform. The course prepares you for the RPA Developer Advanced Certification exam, an exam recognized as a premium certification. Earn useful hands-on exposure in creating RPA bots, design effective RPA solutions, and automate repeated processes within your organization.

By means of the Online Classroom Flexi-Pass, you will receive 32 hours of in-depth learning, broken down into seven distinct and effective lessons. Once completed, you will be ready to pass the certification exam and be prepared to meet the challenges (and reap the benefits!) of automation.