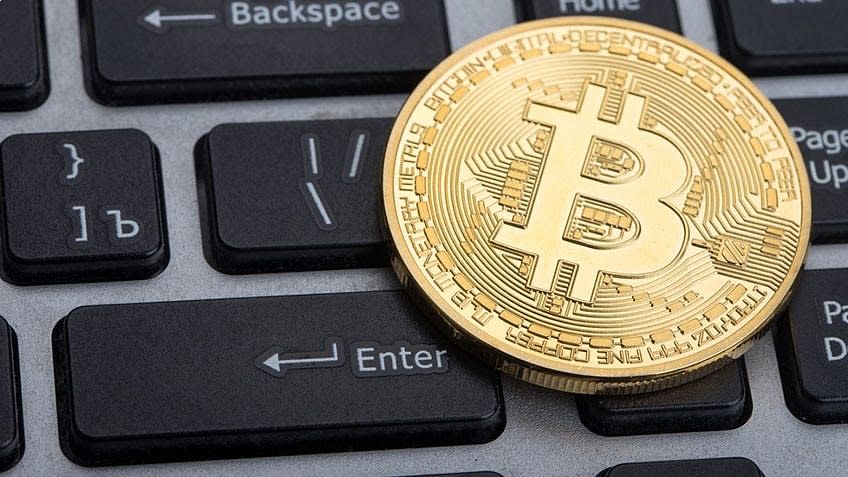 Bitcoin makes news headlines regularly primarily because people are investing in it, not because they’re using it. But use it they probably will in the future, as cryptocurrencies like Bitcoin become commonplace. And that developing technology will drive demand for people with blockchain skills and knowledge.

Bitcoin is defined as "a type of digital currency in which encryption techniques are used to regulate the generation of units of currency and verify the transfer of funds, operating independently of a central bank." It is essentially digital money as opposed to physical money like a dollar bill. It is not the only type of digital currency (also known as cryptocurrency), but it is the best known. You can acquire Bitcoins either by buying them with actual money or by mining them, which is a complicated process. To use Bitcoins for a transaction, you need a Bitcoin wallet.

Bitcoin also differs from physical currency because it is not regulated or run by one entity. Instead, a global network of computers keeps track of Bitcoin transactions. Bitcoins differ from physical money in one other very important way: Bitcoins and other digital currencies could not exist if we didn’t have the technology to enable them and keep them safe. And that technology is blockchain. Bitcoin was invented to get rid of the third party, and the blockchain technology is what provides the oversight instead. A blockchain is a digitized, decentralized, public ledger of Bitcoin transactions. The technology verifies transactions and creates a “chain” of blocks of data, including a timestamp that is linked to other blocks so one block can’t be changed.

Cryptocurrencies like Bitcoin are appealing because they offer many advantages as a payment method, including flexibility and security.

Despite the advantages described above, Bitcoin also has flaws. It’s not a currency one can start using right away, because it takes some education and setup first. Very few organizations accept Bitcoins as currency. And Bitcoin is highly volatile due to the constant fluctuations in its value.

Don’t let the shortcomings put you off, however. Although Bitcoin and other cryptocurrencies are in the early stages of development, with the volatility and lack of understanding that happen in the initial stages, jobs associated with Bitcoin are on the rise, especially in blockchain technologies.

An SAP study shows businesses are optimistic about blockchain technology, with 92 percent of respondents viewing it as an opportunity, primarily in supply chain management and IoT (63 percent) but also in legal and regulatory (19 percent) and yes, cryptocurrency (8 percent).

That optimism is reflected in the job market. According to Upwork, blockchain skills are now the “hottest commodity in the freelance marketplace,” with demand growing by 6,000 percent in just one year. And Burning Glass Technologies says there were 5,743 mostly full-time job openings calling for blockchain skills between May 2017 and May 2018.

Despite all the job openings, however, few people have the necessary skills at this time, driving up pay. Because the demand for blockchain skills far exceeds the supply of professionals with those skills, salaries are high with blockchain developer and engineer positions typically paying $130,000 in annual salary.

You don’t have to be buying and selling with Bitcoin to benefit financially from Bitcoin if you’re one of the few trained in the necessary skills!

Getting Started in Blockchain Technology

Regardless of whether you’re interested in cryptocurrencies or not, blockchain technology is a field to consider if you want job security and lucrative pay. And the way to start that career move is through education and certification.

Simplilearn’s Blockchain Certification Training was designed for developers who want to gain skills that will enable them to land jobs related to Blockchain, Bitcoin, and cryptocurrencies. Through this course, you’ll learn the core structure and technical mechanisms of Bitcoin, Ethereum, Hyperledger, and Multichain Blockchain platforms. You’ll also learn how to use the latest tools to build Blockchain applications, set up your private Blockchain, and deploy smart contracts on Ethereum. Most importantly, you’ll gain practical experience with real-world projects.

Avyakta is an MSc graduate by education. She is a professional writer in the domain of learning and education.