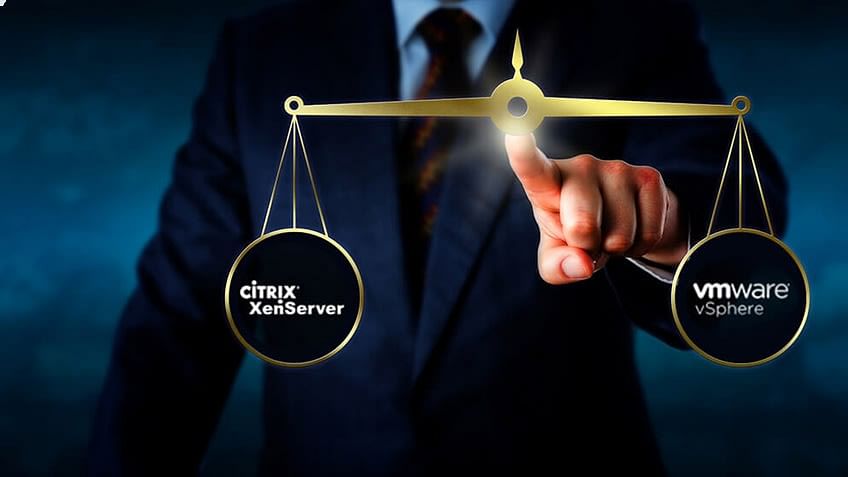 Though they perform similar roles, they do have a few distinct differences which make them unique. The main difference between the two is the intended usage of the software. The Citrix XenServer is used by personal users and small to medium-sized businesses, while VMware vSphere ESXi is only intended for small to medium-sized businesses and is not structured for personal use.

Both software suites support a variety of storage options. The difference between them, when it comes to virtualization, is that VMware does support FCoE and SSD for Swap and does not support USB, SATA, SAS, NFS, iSCSI—which are all supported by Citrix XenServer. Both of them support DAS, FC, and NAS storage while neither of them supports eSATA or RDM. Both systems have also gained lots of users in education, financial services, healthcare, and the government.

The Citrix XenServer and VMware vSphere ESXi pricing comparison offer a few interesting insights into the different business models that they have adopted. XenServer is open source and free and does provide per-server licensing.

VMware, on the other hand, requires a proprietary license and is licensed per processor. Both products do have a substantial client following dotted all over the globe irrespective of their pricing structure.

One area where these programs tend to differ - and to a large extent explains the disparity in acceptance and usage levels between the two - is virtualization management.

Do you wish to become a cloud expert? Gain the right skills with our Post Graduate Program in Cloud Computing and excel in your career, starting today!

Both these software packages support a variety of technical support media such as forums, instructional videos, online self-service, knowledge base, system upgrades, telephone, and white papers.

They also differ in this area as VMware does not provide technical support via blogs, brochures, email, and owner’s manual but most importantly does have a well-staffed help desk and also offers a remote training option.

Citrix XenServer, on the other hand, does provide technical support through blogs, email, brochures, and user’s/owner’s manual - but does not provide this support through a help desk or through remote training.

Coming to market presence and recognition space, the VMware vSphere ESXi seems to win out over its competitor. Now that you know more about both products, you can determine which best fits within your career path.

Watch this video on Introduction To Exin Cloud Computing Foundation