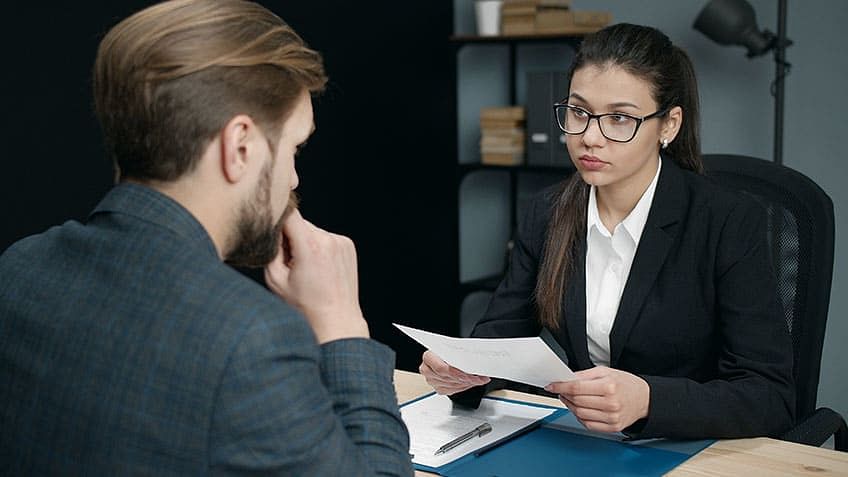 When potential employers search for the ideal applicant to fill a job vacancy, they look for someone familiar and comfortable with the information and concepts related to the position. They want someone who will not only be a good fit but who clearly knows what they’re doing and won’t be in over their head.

You, as the candidate, should strengthen your position by making sure that you can field any question the interviewer poses to you. To help you do this, we present 24 Python Django interview questions that cover a range of complexity.

While there is no way to cover every single possibility, you will find that this selection features the most popular, often-asked questions. Use them as a refresher, reacquainting yourself with concepts that you may have forgotten about, but which stand a good chance of being brought up in an interview.

So, let’s dig into these Django interview questions and start your preparation for that critical interview!

We begin with eight easy Django interview questions, suitable for entry-level positions. However, some interviewers who are looking for very experienced candidates could try to stump you with easy questions, expecting that you may have long forgotten the more elementary aspects of Django.

Django is an open-source web application framework written in Python. Developed in a fast-paced newsroom, Django enables the rapid development of easily maintainable and secure websites. It’s a favorite of newbies and advanced programmers alike.

2. Is Django named after that Quentin Tarantino movie?

No, Django is named after Django Reinhardt, a jazz guitarist from the 1930s to the early 1950s who is considered one of the best guitarists of all time.

3. What are Django's most prominent features?

4. Can you name some companies that use Django?

Some of the more well-known companies that use Django include:’

5. Why do web developers prefer Django?

Web developers use Django because it:

It has nothing to do with dirt or grime. It’s a handy acronym for Create, Read, Update, and Delete. It’s a mnemonic framework used to remind developers on how to construct usable models when building application programming interfaces (APIs).

7. Does Django have any drawbacks?

9. In Django’s context, what’s the difference between a project and an app?

A model consists of all the necessary fields and attributes of your stored data. They are a single, definitive source of information regarding your data.

11. What are Django’s templates?

Django templates render information in a designer-friendly format to present to the user. Using the Django Template Language (DTL), a user can generate HTML dynamically. Django templates consist of simple text files that can create any text-based format such as XML, CSV, and HTML.

Starting the process off, the Django server receives a request. The server then looks for a matching URL in the URL patterns defined for the project. If the server can’t find a matching URL, it produces a 404-status code. If the URL matches, it executes the corresponding code in the view file associated with the URL and sends a response.

13. What is the Django Admin interface?

Django comes equipped with a fully customizable, built-in admin interface. This portal lets developers see and make changes to all the data residing in the database that contains registered apps and models. The model must be registered in the admin.py file to use a database table with the admin interface.

14. How do you install Django?

Users download and install Python per the operating system used by the host machine. Then run the command pip install “django>=2.2,<3” on the terminal and wait for the installation to finish.

15. How do you check which version of Django that you have installed on your system?

You can also visit the Django homepage https://www.djangoproject.com/ and look at the “Download latest release” button located on the right of the page.

16. What are signals in Django?

Signals are pieces of code containing information about what is currently going on. A dispatcher is used to both send and listen for signals.

Looking forward to a career as a Python Developer? Check out the Python Training Course and get certified today.

17. What is the Django Rest Framework?

The Django Rest Framework (DRF) is a framework that helps you quickly create RESTful APIs. They are ideal for web applications due to low bandwidth utilization.

18. What do you use middleware for in Django?

You use middleware for four different functions:

19. What does a URLs-config file contain?

The URLs-config file in Django contains a list of URLs and mappings created to view those URLs' functions. The URLs can map to view functions, class-based views, and the URLs-config of other applications.

21. How can you see raw SQL queries running in Django?

To begin, make sure that the DEBUG setting is set to True. If the setting is squared away, then type the following commands:

23. What is a QuerySet in the context of Django?

QuerySet is a collection of SQL queries. The command print(b.query) shows you the SQL query created from the Django filter call.

24. What do you use django.test.Client class for?

The Client class acts like a dummy web browser, enabling users to test views and interact with Django-powered applications programmatically. This is especially useful when performing integration testing.

Do You Want to Know More About Python?

Python is such a popular programming language that any aspiring developer or programmer would be smart to learn as much about it as possible. Fortunately, Simplilearn makes it easy for you. Check out Simplilearn’s Python course article to get started.

If you don’t know Python and are looking for good reasons why you should, read Why Learn Python? and get clued into the benefits of learning the language.

Simplilearn even has good Python-related career advice. Read about how to get a job as a Python developer, and if you land an interview, you can brush up on even Python interview questions.

How to Become a Python Programmer?

Simplilearn offers a Python Training Course to help you realize your dreams of a career as a programmer. This comprehensive Python Training Course teaches you the basics of Python, data operations, conditional statements, shell scripting, and Django. You will acquire hands-on development experience and get prepared for an exciting career as a professional Python programmer.

Whether you choose the self-paced learning option or participate in the corporate training program, you will receive 38 hours of blended learning, eight hours of convenient self-paced learning, 30 hours of instructor-led training, over 20 modules for getting practice in Python, five lesson-end knowledge checks and a real-life end of the course project.

Python is popular in programming circles and the demand for Python programmers is high. As per the report by Glassdoor, Python developers pull in an annual average salary of USD 76,526, topping off at around USD 107,000.

Visit Simplilearn today and kickstart a career path that opens so many doors in today’s fast-paced world of app development. Check out the course and take that first step to a better future!