Why Choose a Digital Marketing Career in 2022? 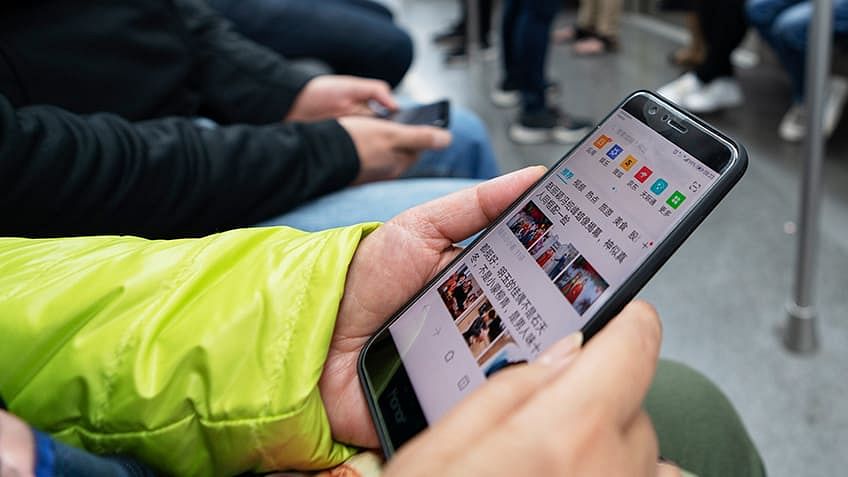 The world of Chinese social media apps is just that–an entirely different world than what you may be accustomed to in the U.S. and elsewhere. Strict governance of data, privacy, and usage provide an opaque view of these apps at best, yet it remains they are part of everyday life in China and, increasingly, other parts of the globe.

Even if your digital marketing strategy does not reach beyond your country’s borders at the moment, in the future, you may need to have an understanding of social media apps in China as your audience grows or changes over time.

Let’s explore Chinese social media apps as they stand right now so that you will be ready to expand your horizons as needed.

With the world’s largest population and – consequently – one of the largest social media audiences, China is a major influence in the social media market.

Even if your company is not located in China, some of your target audience may be – and social media can be a highly valuable platform to reach them.

Chinese social media apps are also becoming popular in other countries, so it makes sense to learn about them and decide whether or not they can benefit your company or clients.

While Facebook, YouTube, Instagram, and Twitter dominate the social scene in the U.S., they are banned in China. Instead, China has a more dynamic social media landscape, with more options than you will find in the U.S. and some other countries.

WeChat is the most popular of all the social media apps in China, boasting over a billion monthly active users. Some call it “the Facebook of China,” but in reality, it offers much more. WeChat is an all-in-one messaging app: it can be used for texting and calling, photo and video sharing, dating, making payments, playing games, shopping, ride-hailing, and even making appointments and reservations.

With the introduction of WeChat Official Accounts (similar to Facebook’s Verified Pages and profiles), WeChat is now among the most popular social media marketing tools for brands promoting to audiences in China. With an Official Account, you can track and manage your contacts, implement your CRM, and publish promotional content. Brands can also advertise on WeChat and utilize one-to-one personalized interaction with users to provide customer support, increase leads, and boost sales.

With users spending more than 70 minutes per day on the app, WeChat is a slam dunk for brands exploring social media opportunities in China.

Sina Weibo – or just Weibo, as many users know it – is the second most popular Chinese social media app. It is commonly called the “Twitter of China” because of its microblogging likeness: it has character limits; users can upload images, videos, and GIFs, and users – even brands – can follow individuals without them following back.

With nearly 500 million monthly active users, Weibo is immensely popular among urban online users with mobile devices and young, white-collar workers. Like Twitter, it is mostly used for discovering and discussing informational and trending content. Weibo is also a popular platform for communicating with users, including the use of KOLs (key opinion leaders), which resembles influencer marketing in the U.S.

Before WeChat, QQ was the most popular form of online communication in China – though it still counts 800 million monthly active users on the platform today. While both QQ and WeChat are products of Tencent (China’s internet giant), QQ now appeals mainly to white collar workers using it for corporate communication, and younger audiences in third- and fourth-tier cities with limited spending potential.

QQ is primarily used for instant messaging, group and voice chat, games, shopping, music, movies, and microblogging. It also presents significant advertising opportunities in the form of banner ads, in-game ads, and on your business page (known as your QZone).

Douyin is China’s fast-growing online video app with an active user base in China of 300 million. Its Western counterpart, TikTok, reportedly has 500 million global monthly users and was the most downloaded app in September 2019.

Users can create short videos up to 15 seconds long or engage in live-streaming video, adding music, stickers, and animation for effect. Brands can post content and advertisements on the platform to engage with other users, with the capability to “paste together” four, 15-second videos for a more complete, 60-second video sharing experience.

While WeChat, Weibo, QQ, and Douyin are some of the most popular apps in China, there are many other social media opportunities for brands. It will be important for brands to understand how to approach social marketing in China; rather than targeting a single, unified market, brands need to understand the dynamics, expectations, and nuances of social media usage among different tiers of cities and populations.

Most importantly, brands should at least consider whether social media marketing in China is a viable option, lest competitors get to the feasting table first.