Top 10 Crypto Predictions to Watch Out for in 2022 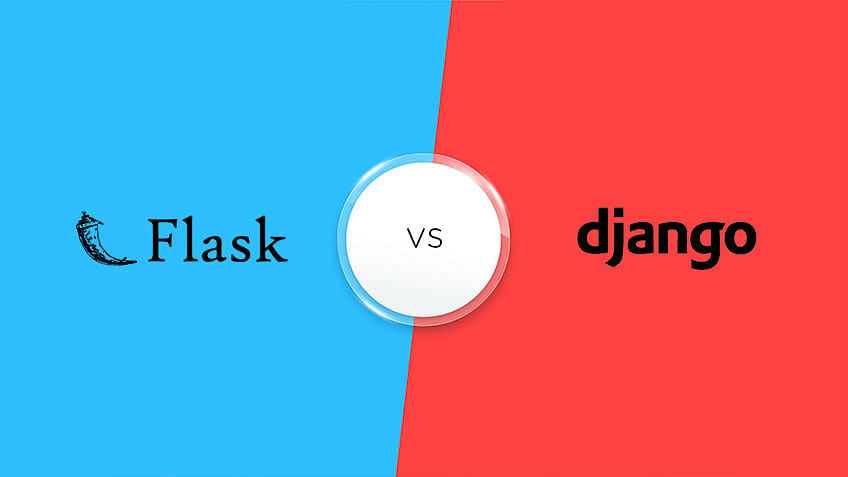 Python is most commonly associated with data science and analysis. But it can also be used to build powerful web applications. You may have heard of Flask and Django, two Python frameworks for developing web applications. In this tutorial, you will learn both the frameworks and the major points in Django Vs. Flask framework.

What is a Framework?

The framework is a set of modules that aid developers in writing web application code. It's a fully functional package that makes web development easier, faster, scalable, and dependable.

Frameworks written in the Python programming language include Django and Flask. According to the Developers Survey 2018, these python-based frameworks are one of the most popular frameworks for web development.

Django is a free programming language with improved features and performance. Django is preferred by developers because it allows them to use it for standard functions with minimal interference from systems, protocols, and management.

Django is also known as a 'framework for fussbudgets with deadlines,' because it promotes rapid development and clean, pragmatic design. The framework's agile development process focuses solely on delivering quality in a timely and efficient manner. Site maps, content organization, client information, and many other basic development functions are handled quickly by Django. It only cares about completing the application as soon as possible.

Adrian Holovaty and Simon Willison, two web developers, created Django in 2003. Django was born when they started making web applications with Python. It was finally made public two years later.

There are some big companies that use Django for their website. Some of the companies are:

Flask is another Python-based microframework for developing web applications. Armin Ronacher introduced it in 2011 as a test method for combining two solutions: Werkzeug (a server framework) and Jinja2 (a template library).

It was supposed to be a test run in a zip file that eventually stems from Flask's positive influence.

Because it does not rely on external libraries to perform framework tasks, Flask is classified as a micro framework. It has its own set of tools, technologies, and libraries to help with web application development.

Many developers prefer to start with Flask because it is more independent and flexible.

These are the companies that use Flask:

Python Flask Vs. Django: The Difference in Detail

Let’s see some of the major differences between Django Vs. Flask

When Should You Use Flask or Django?

You will now see why you should choose one over the other now that you know the differences between Flask and Django and what each is used for.

You should use Django when:

You should use Flask when:

After reading and comprehending the in-depth information about both web frameworks, it is easy to conclude that they have their own advantages. There must be a reason why both are popular python-based frameworks in the web development domain.

Flask provides complete control and is ideal for small projects that require experimentation.

Django is a complex framework that requires extensive knowledge, but it is one of the best for developing sophisticated applications.

Have any questions for us regarding this article? If yes, please leave them in the comments section, and we will get back to you as soon as possible.