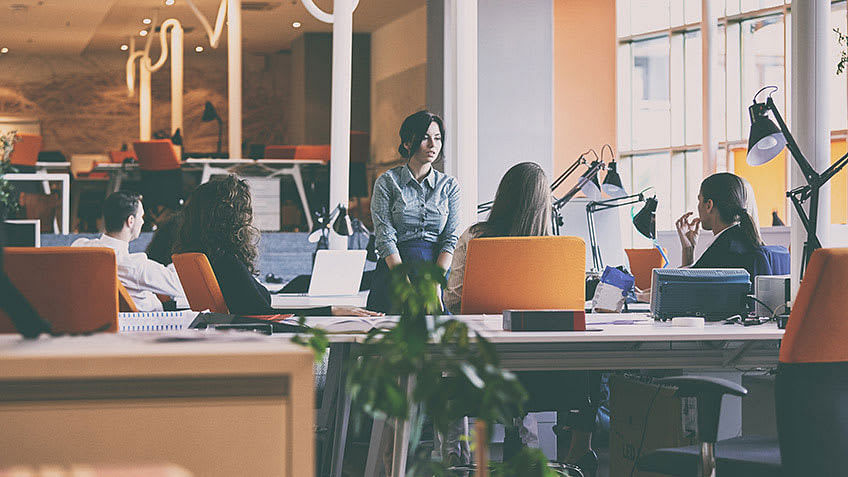 From 2019 to 2026, the future looks bright for job seekers with technology skills—even without a technology degree...or any degree for that matter. That’s because digital transformation hasn’t just changed the way businesses operate; it’s also changed the jobs that businesses need to fill, and how they fill them.

Job Growth Is In The Cards

A report by Georgetown University and JPMorgan Chase & Co. says there are currently 30 million good jobs in the U.S. that pay well without a Bachelor’s degree (BA), offering a median salary of $55,000. Many of these jobs, and in fact, some of the fastest-growing segments, are in high tech fields like software development,  information technology (IT), cyber security and even digital marketing.

The United States Bureau of Labor Statistics (BLS), reports there are more than 500,000 open technology-related jobs. The bureau also projects that the number of employed persons in the U.S. will grow by 15.6 million to reach 161 million by 2022. What’s even more interesting is that the bureau’s latest Occupational Outlook Handbook lists the fastest-growing careers, many of which require no college degree. These include:

Following suit with similar expansions, Google is adding an office in New York City, doubling its current workforce in that city to 14,000, and Apple is opening a new campus in Austin, Texas and plans to create 20,000 jobs in the US by 2023.

Skills may matter as much as sheepskins
If you think it takes a Computer Science or other degree to land one of these jobs, here’s some education for you: According to the 2018 Stack Overflow Developer Survey, of the 100,000 professional developers surveyed, more than 22 percent never completed a college degree.

As Good Financial Cents reports, “There are a number of career paths within information technology that do not require a degree.” One of the careers they list is IT Technician, a job that can be obtained through online computer training and certification. “As your skills progress and you get more experience you can easily make $50,000 to $70,000 per year as you get into systems administration and network engineering.”

IBM had specifically stated they want to hire employees who don’t have a four-year college degree, filling these roles instead by focusing on skills-based criteria rather than educational credentials. In USA Today, IBM’s CEO, Ginni Rometty, calls these “new collar jobs.”

Many tech industry pioneers, like Microsoft's Bill Gates, Facebook’s Mark Zuckerberg, Apple’s Steve Jobs and Oracle’s Larry Ellison, never earned a degree. Today, more and more high tech companies, including Google, Apple and IBM, no longer require employees to have a college degree. One reason for broadening the candidate search to those outside of traditional education is due to the understanding that the most up-to-date skills are often acquired outside of brick walls, ivy-covered or not. Technologies are emerging and evolving at an ever-increasing pace. Sometimes, even university curriculums have a hard time keeping up.

“Inadequate preparation by educational institutions continually comes up in Career Advisory Board research as a driving factor behind skills gaps,” according to a 2018 survey by the Career Advisory Board. “62 percent of our respondents said that students coming out of school are not prepared for jobs in their organizations, and just 11 percent said that school is very effective in meeting skill needs.”

Another Gallup student poll reports that “Only a third of students believe they will graduate with the skills and knowledge to be successful in the job market (34 percent) and in the workplace (36 percent). The report points to a skills gap between higher ed and industry; 96 percent of chief academic officers said they believe their institution is very or somewhat effective at preparing students for the workforce.”

While this news isn’t meant to deter people from pursuing a degree, it highlights the need for acquiring the most current education in the specific job skills required, particularly in digital technologies. As CBS News reports, the Georgetown University and JPMorgan Chase & Co.
survey suggests that jobs are shifting from traditional industrial sectors and to newer skill-based industries.

As Upwork CEO, Stephane Kasriel says, “The future of work won't be about degrees. More and more, it'll be about skills. And no one school...can ever insulate us from the unpredictability of technological progression and disruption.”

The Stack Overflow Survey suggests that the best software developers are lifelong learners.  “Almost 90 percent of all developers say they have taught themselves a new language, framework, or tool outside of their formal education,” says the report. “Among professional developers, almost half say they have taken an online course.”

There are a number of high-paying, high tech jobs today for which the right skills training alone can help you compete. Here are some things to consider for success:

Use blended learning. Unlike taking face-to-face classroom courses or watching online videos, a training program based on a blended learning methodology gives you the best of both worlds, and much more. Blended learning complements live, instructor-led classroom training with online content. Simplilearn’s online courses combine the convenience of self-paced online training, the personal attention of instructor-led live virtual classroom instruction and the hands-on practice possible through projects and online labs.

Get certified. Whether you have a degree or not, a certification from an industry authoritative body or the software provider can help launch your tech career by providing independent proof that you have obtained the required training. Some of the most popular and sought-after entry-level IT certifications today include:

Develop projects. Hands-on practice is not just a superb way to reinforce learning. It also provides you with projects, use cases and even actual applications that can show employers examples of your development skills. Mike Tamir, Ph.D., ranked number one globally as an influencer for Machine Learning and Artificial Intelligence by Onalytica, advises, “For someone starting out, doing a lot of projects that you’re working on can help greatly in preparation for a role.” He says it should become pretty evident where you can apply your training to solve real-world problems. “Then it’s just a matter of building something,” he says, “And then just put it up on GitHub for the world and employers to see.”

For more information about gaining the skills, certifications and even practice projects needed to make one of these promising careers yours, regardless of a technology degree, visit Simplilearn now.