What are the ITIL Best Practices and how you can overcome their associated challenges?

What is ITIL: Essential Guide to ITIL V4 Processes and Framework 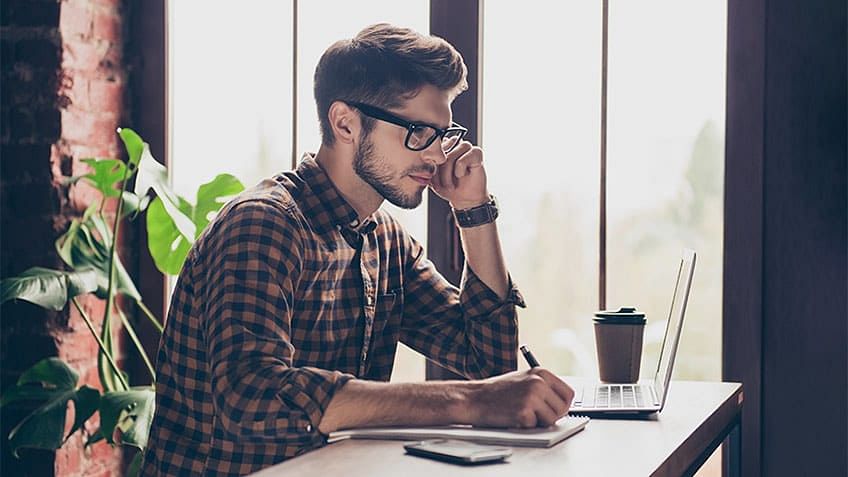 Axelos is in the process of releasing more modules to its latest version of the Information Technology Infrastructure Library, otherwise known as ITIL®. This new version, named ITIL® 4, was released in February 2019. More recently, Axelos released the ITIL 4 Managing Professional Transition Module, which gives professionals with all levels of experience various paths to certification.

Naturally, the big question is (as it is for any product undergoing an updated version, come to think of it), what does this new release bring to the table? Let’s face it, not every new version of a utility or application is necessarily a better product (Windows 8 says “hello”). So what new features does ITIL 4 offer that would induce people to move away from previous versions of ITIL? Will this be worth the hype?

In this article we will cover the following topics that will give you clear understanding of the major differences between ITIL V3 and ITIL V4 and more, including:

Get Certified as ITIL 4 Specialist and StrategistEnroll Now

According to this article, the official ITIL nomenclature never used a version number; it was simply “ITIL”.  The first iteration of ITIL came out in the early 1980s and consisted of a series of books published over the span of a decade. ITIL V2 came out as the millennium changed, released in 2001, and dealt with 10 core processes and the service desk.

The next version came out in 2007, and many users referred to this new release as ITIL® V3, but the publishers chose instead to simply call it ITIL 2007. This version introduced a service lifecycle broken down into five stages: service strategy, service design, service transition, service operation, and continual service improvement. Instead of 10 processes, the new version now presented over two dozen.

This brings us to ITIL V3, which has also been referred to as ITIL 2011, the most recent version before the upgrade. Aside from introducing the Business Relationship Management (BRM) process, this new version didn’t offer many changes. It was, however, easier to read, and with many inconsistencies edited out.

What is the Purpose of ITIL 4? And Why the New Version?

In the grand scheme of things, ITIL as a whole is used by any organization that wants to better align their needs with Information Technology services. It helps businesses conduct effective risk management, improve customer relations, foster better cost-effective practices, and create a dynamic IT environment that can freely grow and evolve.

According to Axelo’s own blog, ITIL 4 uses new techniques to bring IT to the next level of efficiency and effectiveness. The purpose is to align ITIL with other existing methods, including IT4IT, Agile, DevOps, and Lean, directly addressing one of the two biggest user complaints about past versions of ITIL.

Get certified on the latest ITSM best practicesView Course

What are the Differences between ITIL 4 vs ITIL V3?

This article tells us that the core elements of ITIL V3 will remain essentially the same. The differences that distinguish ITIL 4 from the older versions are the inclusion of additional best practices and new material on integration.

ITIL 4 focuses more on the concepts of costs, outcomes, risks, and value. Building on a good selection of ideas championed by ITIL Practitioner, the bedrock principles of the new version are:

The bottom line—ITIL 4 is a refinement of ITIL V3, reflecting changes in the corporate culture where teamwork and communication are given additional weight, integrating IT into the overall business structure.

Are you looking forward to becoming an ITIL expert? Check out the ITIL Foundation Certification Course and get certified.

What are the ITIL 4 Certification Levels?

ITIL 4’s first certification release will be at the Foundation level. This will be the prerequisite for any of the subsequent higher-level certifications.

The remaining levels are:

Remember, when considering the leap from ITIL V3 to ITIL 4, that the latter isn’t a change of the library’s content, but rather a change in approach and philosophy. Technology is advancing at exponential levels, especially in fields that come under IT’s purview. As a result, it is absolutely essential for today’s IT departments to be fully equipped and informed in order to function in this dynamic new environment, ready to handle any change that new innovations present.

Furthermore, an increasing number of businesses and organizations are finally coming around to the idea that the IT department is an integral part of their success and consequently must be fully integrated into the company structure. Communication and collaboration have become even more necessary for 21st-century success.

Don’t be put off by ridiculous talk that ITIL is dead. It’s alive and well, a valuable tool for any organization’s IT.

While the revisions to ITIL 4’s core material may be minimal, the new version sounds a call to action to change how everyone approaches IT, as well as pointing the way to a more successful and friction-free implementation.

That was a review on ITIL 4 vs ITIL V3. With all the exciting new developments with ITIL, this is a good time to get in on becoming an ITIL Expert. If you are an IT professional who is already well versed in ITIL, then you will need to be brought up to speed on the new version. That’s why Simplilearn offers the ITIL 4 Foundation, teaching you the newest ITIL information on demand.

Once you complete the program you will have mastered ITIL. The program teaches you every stage of the IT services lifecycle and how to increase productivity, optimize costs and contribute to effective service delivery for your organization.

The program features seven valuable courses such as ITIL 4 Foundation and ITIL Intermediate SS, presented by over 20 instructor-led online classes. Earn enough credits through the program, and you get your Master’s certificate.

No matter where you are in your ITIL journey, you can take your ITIL 4 certification to the next level by taking Simplilearn’s ITIL 4 Managing Professional Transition Module Training. We also help to clear learning paths for professionals with various levels of experience.  If you’re already a certified ITIL V3 Expert, you qualify to take the training immediately, but if you’re not there are other ways to get on your way to becoming an ITIL 4 Managing Professional and beyond. Learn more about how to make the transition.

How to Manage the Transition from ITIL v3 to ITIL 4