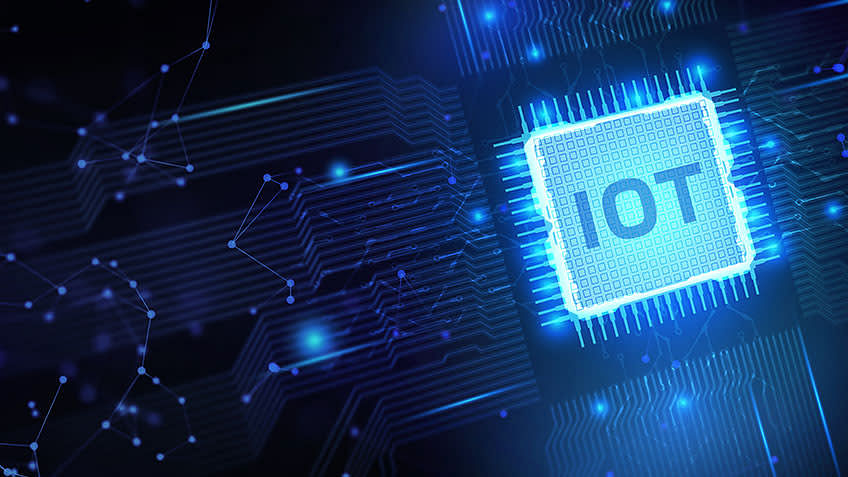 Blockchain is finding new exciting use cases every day. Its popularity with cryptocurrencies, financial management, and the supply chain have been well documented, but one of the biggest areas of opportunity lies with the Internet of Things (IoT). At its core, blockchain can be used to effectively track entire ecosystems of interconnected devices, even in the billions, to enable secure data exchange and processing. It is the decentralized nature of blockchain that makes it ideal for IoT, particularly smart contracts for tracking IoT device registration, storage, and provisioning, as well as improving the transparency, traceability, and security of the data that is transmitted within IoT networks.

Smart contracts are self-executing business automation applications that operate on decentralized blockchain networks. They have become one of the most appealing aspects of blockchain systems because they lower contract administration cost and complexity. When transactions take place via a blockchain, smart contracts execute only under predetermined conditions. Once those conditions are met and verified, such as an exchange in cryptocurrency or a delivery of goods at a port, the payment is automatically made by bitcoin or fiat money, or goods can continue on their journey (once IoT sensors confirm the contents are unopened, for example). The blockchain ledger is the underlying framework that stores the smart contract.

The Role of Smart Contracts in IoT Systems

Because blockchain and smart contract models are based on cryptographically secured and immutably distributed ledgers, IoT networks can share data more securely across stakeholders, embed agreed-upon business terms to automate transactions, verify identification and authentication, and reduce costs by eliminating the intermediaries. The health of the IoT network is improved by letting devices register and validate themselves, automatically executing contracts, and reducing the threat of cyberattack since there is no central system to target.

Use Cases in the Food Industry

The food industry is looking to utilize blockchain and smart contracts to streamline the shipping and tracking of food worldwide, and IoT devices will be at the heart of their efforts.A recent report by Cointelegraph Consulting and VeChain mentions that blockchain and IoT can potentially solve some of the food industry’s most pressing challenges and save it $100 billion a year. More than $300 billion worth of food will be traced along the supply chain annually by 2027, and the most serious concerns are a lack of transparency and accountability.

IoT sensors can send accurate information on food temperature for frozen items, for example, to the blockchain network, and this data can be analyzed and shared among stakeholders to ensure the authenticity, freshness, and quality of the food. Smart contracts obtain more detail from IoT devices so that payments can be more accurate based on the quality of the food delivered. Coupling IoT devices with blockchain and smart contracts can save the industry billions of dollars a year. Global companies such as Walmart, Carrefour, and California Giant Berry Farms are already getting involved in the effort.

GPS-based IoT sensors give companies a chance to track and trace goods wherever they are in the supply chain. The data provided becomes an automatic trigger for a smart contract when predefined conditions are met. One great example is for tracking a manufactured good from production through to shipping and delivery. The seller can publish the production status on the blockchain platform, which can be monitored by both a buyer and a distributor. When the product is nearing completion, the distributor knows to arrange for pickup, and GPS sensors in the container can broadcast the ongoing delivery status to all concerned stakeholders. Even a bank that is funding the transaction has full visibility into the contract and status, and it can validate the origin to reduce funding risk.

Smart Contract Skill Sets Will Be in Demand

Blockchain technologies and smart contracts are opening up new opportunities for companies that produce and deliver goods worldwide to run their operations with better oversight, lower costs, and considerably less risk for themselves and consumers. With so much on the line, demand for blockchain and smart contract experts will continue to grow to ensure that companies stay ahead of the most important technology trends. Enroll in Simplilearn's Blockchain Certification to get insights into real-world blockchain applications.