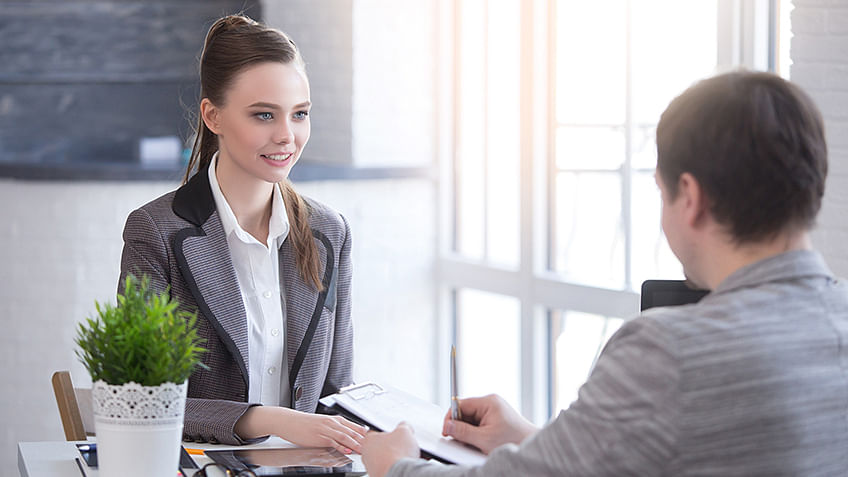 We live in an increasingly online world. As a result, there’s an escalating demand for new software and apps to satisfy the ever-growing numbers of users. However, all of this new development requires a quality control system, so consequently, there is a greater need for software testers.

This article provides you with many of the top manual testing interview questions/ software testing interview questions that you can use to boost your confidence before sitting down for that crucial interview. If you’re already involved in some aspects of software development, you should take a look anyway, with the ultimate goal of upskilling. After all, the better command you have of every stage of software development, the more your marketability increases.

We’ll begin with the easy questions and work up to the tougher ones. Once you get through the manual testing interview questions, though, you may want to pay close attention to what follows, which sheds some light on the future of software testing.

1. Explain what is software testing.

It is the process of analyzing any given piece of software to determine if it meets shareholders’ needs as well as detecting for defects, and ascertaining the item’s overall quality by measuring its performance, features, quality, utility, and completeness. Bottom line, it’s quality control.

2. What is quality control, and how does it differ from quality assurance?

Quality control is the process of running a program to determine if it has any defects, as well as making sure that the software meets all of the requirements put forth by the stakeholders. Quality assurance is a process-oriented approach that focuses on making sure that the methods, techniques, and processes used to create quality deliverables are applied correctly.

Manual software testing is a process where human testers manually run test cases, then generate the resulting test reports. With automation software testing, these functions are executed by automation tools such as test scripts and code. The tester takes the end user’s role to determine how well the app works.

4. What are the advantages of manual testing?

Free Course: Getting Started with JUnit

Learn the Basics of JUnitEnroll Now

5. On the other hand, what are the drawbacks to manual testing?

6. What kind of skills are needed for someone to become a software tester?

Software testers need skills such as:

7. Explain what is SDLC.

This is an acronym for Software Development Life Cycle and encompasses all of the stages of software development, including requirement gathering and analysis, designing, coding, testing, deployment, and maintenance.

8. What types of manual testing are there? Break them down.

Manual testing is broken down into:

9. What is black box testing, and what are the various techniques?

Software testers employ black-box testing when they do not know the internal architecture or code structure. The techniques are:

10. What is white box testing and its various techniques?

Unlike black-box testing, white box involves analyzing the system’s internal architecture and/or its implementation, in addition to its source code quality. It’s techniques are:

11. Explain the difference between alpha testing and beta testing.

Alpha testing is at the developer’s site before release. Potential clients conduct beta testing at their websites.

12. What’s the difference between verification and validation?

It’s not furniture. A testbed is an environment used for testing an application, including the hardware as well as any software needed to run the program to be tested.

14. What is Sanity testing?

Sanity testing is testing done at the release level to test the main functionalities. It’s also considered an aspect of regression testing.

Got a question for us? Please mention it in the comments section on this Manual Testing Interview Questions article and we will get back to you.

This should be done during test planning.

The four levels are:

17. What’s the difference between a bug and a defect?

A bug is a fault in the software that’s detected during testing time, while a defect is a variance between expected results and actual results, detected by the developer after the product goes live.

18. What about the difference between an error and a failure?

If a program can’t run or be compiled during development, it’s an error. If an end-user discovers an issue with the software, it’s a failure.

This tests the interface between the software and the end-user. Short for Graphics User Interface.

20. When should testing end?

There are a few criteria for ending testing:

The End of Manual Testing?

While there still appears to be a strong interest in manual testing, indicators show that automated testing is the future for testing professionals.

Whether you choose self-paced learning or a corporate training solution, the course features nine hours of high-quality e-learning content, a downloadable e-book, quizzes, and of course, a completion certificate that will show a prospective employer that you’re trained in the subject matter.

Once you’ve mastered the Foundation level of software testing, you will be ready to take things to the next level with the Automation Test Engineer Master’s Program, also courtesy of Simplilearn. This program will set you on the course to becoming an expert automation test engineer with a focus on software development and quality assurance. You’ll receive Java certification training, learn to automate web applications that are integrated with DevOps processes, use the popular testing technologies and utilize containers on the Docker platform.

This three-course program will give you 365 days’ course access to online classes and industry-based projects to help you master the skillsets of testing. And of course, you will earn yourself a Master’s certificate, opening a vast number of doors in the software testing and DevOps industries.

Hope you liked the article! This article Manual interview Questions will help you to prepare well for your upcoming interview.

Check out Simplilearn today, and become a testing expert!