HomeResourcesCloud Computing3 Predictions for AWS in 2022 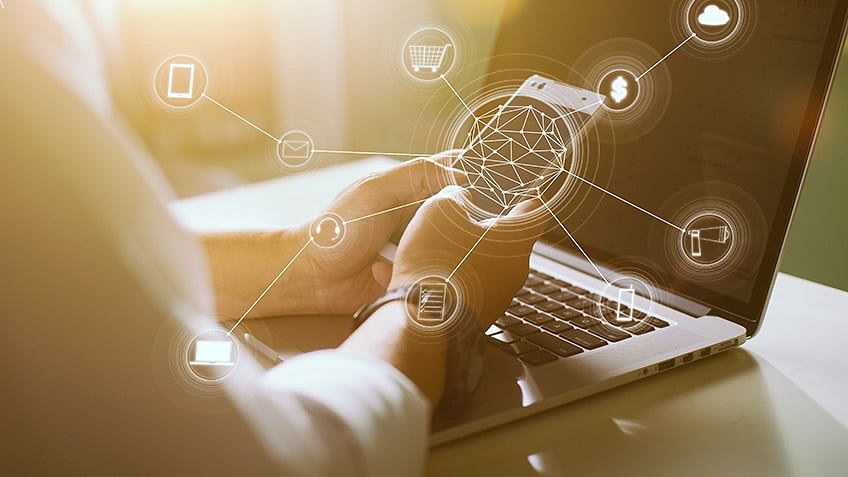 Someone much wiser than I am once said, “It’s easy to predict everything, except the future.” That is especially true when it comes to predicting anything to do with cloud computing and Amazon Web Services (AWS). Technology changes rapidly, and sometimes in surprising ways. Nevertheless, it is human nature to make predictions and “guesstimates” about the future. With that disclaimer, I present to you three predictions for AWS that we might see come to fruition in 2018. Yet, following that same disclaimer, I also offer you “egg-on-my-face” versions of those predictions, as well.

Back in the dark ages of computing, it was common practice to store all your infrastructure in a server room in your office building. This approach meant that - in the event of a natural or humanmade disaster - you had a huge (and vulnerable) single point of failure. To combat this, IT infrastructure was moved to off-site data centers to provide failover and high availability. In recent years, this has evolved into the adoption of the cloud as the off-site data center.

The recent explosion in the Internet of Things (IoT) devices has meant that there are more data and bandwidth than ever being consumed and processed. Gartner and McKinsey predict that by 2020, there could be 30 billion connected devices, a massive increase from the 6 billion we have today. Inevitably, this means that data centers will start to reach capacity, and networks will become congested with the huge processing requirements and amount of data traveling back and forth.

The proposed solution to this is edge computing. Edge computing decentralizes processing away from the cloud to prevent bandwidth congestion and the slowdown of response times. The idea is that an edge location filters out only what needs to go to the cloud. This reduces the amount of data that the cloud must deal with so that it can focus on large, heavy-scale requests, while the edge location can process smaller requests promptly. An edge location can take the form of a data center, a mobile phone mast, or even a router, switch or computer.

Those familiar with AWS are already aware of an AWS service called Edge, which AWS has located in most of the major cities around the world. These are used predominantly by CloudFront; the AWS CDN service used to distribute web content to end-users to reduce latency quickly, but also by Lambda. My prediction? AWS is heavily into IoT technology, so it might not be a stretch to see AWS expand the use of the existing edge locations to provide more than just CDN functionality. They could act as mini cloud data centers that provide smaller scale data processing services and faster response times to end-users.

What if you could take the code that runs your business reports and upload it to a service that manages its execution on your behalf? And only pay for the actual time that the code takes to run? And you didn’t have to worry about the infrastructure that runs the code? And it’s fully scalable, meaning you can run it just once or one million times in parallel?

While it might sound too good to be true, that is the definition of serverless computing. It allows you to run your code without requiring the provisioning or management of servers. You don’t need to be Nostradamus to predict that serverless computing is going to take off in 2018, as the technology has already reached the end of the runway and is very much in flight. However, expect the further adoption of serverless technologies to propel it to a much higher altitude.

Want to become a cloud computing pro? Our Cloud Computing Certification Course is all you need to become one. Explore more about the program now.

At AWS re:Invent 2017, we saw the launch of the “serverless” Aurora database, which is an “on-demand auto-scaling configuration for Aurora where the database will automatically start-up, shut down, and scale up or down capacity based on your application's needs.” My prediction? I expect to see AWS releasing additional serverless products to enhance the already impressive stable of serverless offerings, as well as a simplified Lambda service for people with little development experience, like a Lambda version of AWS Lightsail.

Prediction: More serverless computing services will be offered to work in conjunction and a simplified Lambda service for non-developers.

The term blockchain reached public consciousness in 2017 with the price explosion of Bitcoin and subsequently, all the other cryptocurrencies out there. A blockchain is described as “a continuously growing list of records, called blocks, which are linked and secured using cryptography.” However, blockchain technology isn’t limited to currency use. The technology is highly secure, which means it is theoretically suitable for many other purposes, such as the recording of events, medical records, property sales, or even voting.

AWS has not shown a huge interest in blockchain technology. For now, it is only investing in technology through its partner ecosystem. In fact, alone late last year, AWS CEO Andy Jassy said, “There aren’t a lot of use cases of the blockchain beyond the distributed ledger” and that most of these can be solved using other methods, which AWS offers with its existing services. My prediction? Blockchain is such a potentially huge growth area that I find it inconceivable that AWS will not get involved somehow, perhaps through increased partnerships with blockchain providers, a blockchain management service or even its own flavor of the blockchain.

Simplilearn also offers a certification program for Blockchain training in conjunction with Caltech. As Web3 technologies develop, you can add to your skill set to stay current with them.

Egg-on-my-face prediction: Launch of Amazon Blockchain, a service that allows you to create and manage your blockchain.

As I warned you at the beginning, making predictions such as these is fraught with peril in our rapidly changing times. But a new year demands a look forward into the future, and who knows? It might turn out a year from now that I was three for three in my AWS predictions!