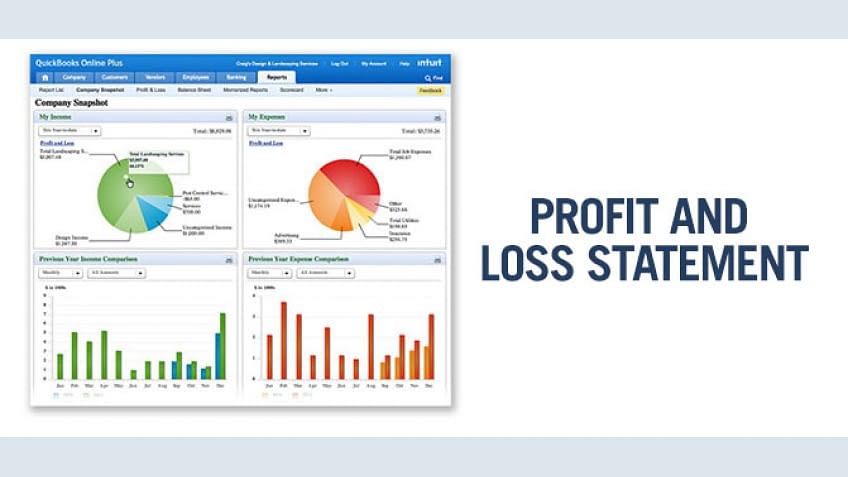 An income statement (US English) or profit and loss account (UK English) (also referred to as a profit and loss statement (P&L), revenue statement, statement of financial performance, earnings statement, operating statement, or statement of operations) is one of the financial statements of a company and shows the company's revenues and expenses during a particular period. It indicates how the revenues (money received from the sale of products and services before expenses are taken out, also known as the "top line") are transformed into the net income (the result after all revenues and expenses have been accounted for, also known as "net profit" or the "bottom line"). It displays the revenues recognized for a specific period, and the cost and expenses charged against these revenues, including write-offs (for example, depreciation and amortization of various assets) and taxes. The purpose of the income statement is to show managers and investors whether the company made or lost money during the period being reported.

The important thing to remember about an income statement is that it represents a period of time. This contrasts with the balance sheet, which represents a single moment in time.

Usefulness and limitations of income statement

Income statements should help investors and creditors determine the past financial performance of the enterprise, predict future performance, and assess the capability of generating future cash flows through report of the income and expenses.
However, information of an income statement has several limitations:

Expenses recognized in the income statement should be analyzed either by nature (raw materials, transport costs, staffing costs, depreciation, employee benefit etc) or by function (cost of sales, selling, administrative, etc) (IAS 1.99) If an entity categorizes by function, then additional information on the nature of expenses, at least, – depreciation, amortization and employee benefits expense – must be disclosed. (IAS 1.104) The major exclusive of costs of goods sold, are classified as operating expenses. These represent the resources expended, except for inventory purchases, in generating the revenue for the period. Expenses often are divided into two broad sub classifications selling expenses and administrative expenses.

They are reported separately because this way users can better predict future cash flows - irregular items most likely will not recur. These are reported net of taxes.

Cumulative effect of changes in accounting policies (principles) is the difference between the book value of the affected assets (or liabilities) under the old policy (principle) and what the book value would have been if the new principle had been applied in the prior periods. For example, valuation of inventories using LIFO instead of weighted average method. The changes should be applied retrospectively and shown as adjustments to the beginning balance of affected components in Equity. All comparative financial statements should be restated. (IAS 8)

However, a change in estimates (for example estimated useful life of a fixed asset) only requires prospective changes. (IAS 8)

No items may be presented in the income statement as extraordinary items under IFRS regulations, but are permissible under US GAAP. (IAS 1.87) Extraordinary items are both unusual (abnormal) and infrequent, for example, unexpected natural disaster, expropriation, prohibitions under new regulations. (Note: natural disaster might not qualify depending on location (for example frost damage would not qualify in Canada but would in the tropics).

Additional items may be needed to fairly present the entity's results of operations. (IAS 1.85)

“Bottom line” is the net income that is calculated after subtracting the expenses from revenue. Since this forms the last line of the income statement, it is informally called "bottom line." It is important to investors as it represents the profit for the year attributable to the shareholders.

Considering the Benefits and Limitations of Income Statements