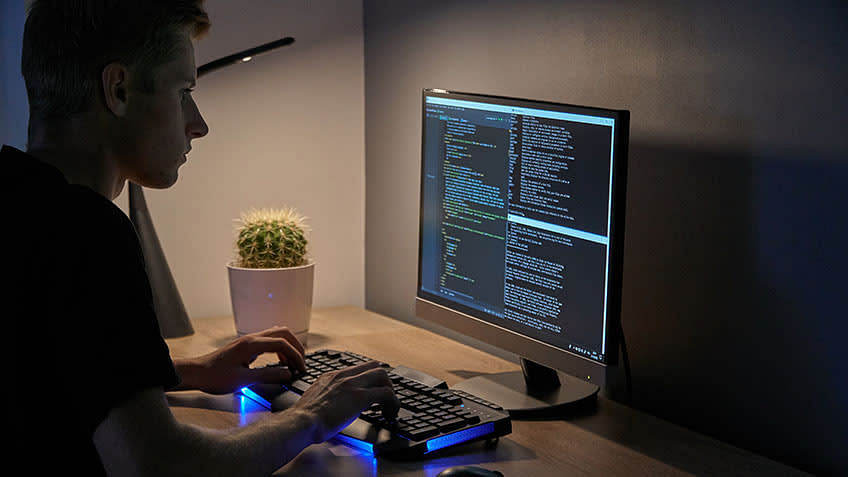 Let us begin with the Python features and advantages.

Python is a very high-level programming language, yet it is effortless to learn. Anyone can learn to code in Python in just a few hours or a few days. Mastering Python and all its advanced concepts, packages and modules might take some more time. However, learning the basic Python syntax is very easy, as compared to other popular languages like C, C++, and Java.

Let us now look at the next feature of python.

Python code looks like simple English words. There is no use of semicolons or brackets, and the indentations define the code block. You can tell what the code is supposed to do simply by looking at it.

We will now look into the next Python features.

Python is developed under an OSI-approved open source license. Hence, it is completely free to use, even for commercial purposes. It doesn't cost anything to download Python or to include it in your application. It can also be freely modified and re-distributed. Python can be downloaded from the official Python website.

Let us find out the next feature of python.

Python has an extensive standard library available for anyone to use. This means that programmers don’t have to write their code for every single thing unlike other programming languages. There are libraries for image manipulation, databases, unit-testing, expressions and a lot of other functionalities. In addition to the standard library, there is also a growing collection of thousands of components, which are all available in the Python Package Index.

We'll now learn about the next feature of python.

Let us now look at the next feature of python.

Python is portable in the sense that the same code can be used on different machines. Suppose you write a Python code on a Mac. If you want to run it on Windows or Linux later, you don’t have to make any changes to it. As such, there is no need to write a program multiple times for several platforms.

Python needs to use only a few lines of code to perform complex tasks. For example, to display Hello World, you simply need to type one line - print(“Hello World”). Other languages like Java or C would take up multiple lines to execute this.

One of the key aspects of any programming language is support for GUI or Graphical User Interface. A user can easily interact with the software using a GUI. Python offers various toolkits, such as Tkinter, wxPython and JPython, which allows for GUI's easy and fast development.

Python is a high-level programming language because programmers don’t need to remember the system architecture, nor do they have to manage the memory. This makes it super programmer-friendly and is one of the key features of Python.

Python can be used to develop both desktop and web apps and complex scientific and numerical applications. Python's data analysis features help you create custom big data solutions without so much time and effort. You can also use the Python data visualization libraries and APIs to present data in a more appealing way. Several advanced software developers use Python to accomplish high-end AI and natural language processing tasks.

Python contains several advanced programming features such as generators (used to create iterators with a different approach that most other languages) and list comprehensions (used to create new lists from other iterables). Python also has automatic memory management eliminating the need to manually allocate and free memory in the code.

There are numerous Python features which makes it so special and different from any other programming language. If you want to get a leg up on the competition by learning a new programming language, Python is the best one to start with. Simpilearn’s Python Training Course will teach you all the basics of Python and how to apply it to real world applications. It covers data operation, conditional statements, shell scripting, Django error handling and lots more. Get started with this training course today to become a professional Python programmer.

Why Learn Python? Reasons and Benefits of Learning Python