Simplilearn Reviews: Acquiring the Skills to Match My Ambitions with Simplilearn

What Is JIRA and How to Use JIRA Testing Software Tool to Improve Work Management?

Advantages and Disadvantages of Scrum

Scrum of Scrums: Its Agenda and Purpose 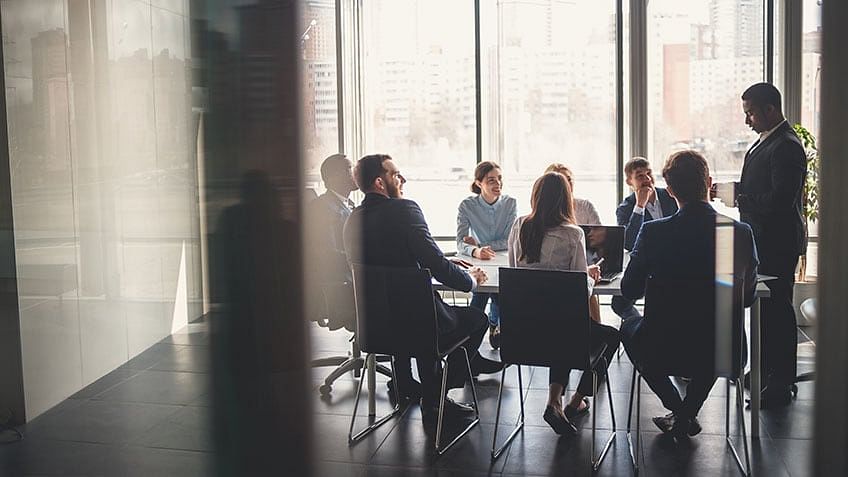 Have you ever heard of the phrase “scrum of scrums”? It sounds rather strange, much like the old joke about the Department of Redundancy Department! But believe it or not, it’s an actual thing, and it’s a fundamental concept in the world of development.

Let’s take a closer look at the whole idea, including what is the purpose of a scrum of scrums, who is involved, and why we need it.

What is a Scrum of Scrums?

We all know that a scrum is an integral part of agile methodology, a daily face to face meeting lasting about 15 minutes or so. The agile team, usually composed of between five to ten people, hunkers down and hashes out where the team stands in terms of work progress, what they’re working on now, how long it will take, and what potential obstacles exist.

A scrum of scrums involves multiple scrum teams meeting together by having one or two representatives from each separate scrum getting together. Hence, a scrum of scrums. Unlike regular scrum meetings, however, scrum of scrum gatherings don’t have to meet daily; twice a week is enough in most circumstances.

Are you a professional who is aspiring to be a Certified ScrumMaster? Then check out the CSM certification course now.

Why We Need a Scrum of Scrums?

Since scrum teams work best with under ten members, larger companies create more groups to accommodate the higher number of developers. However, multiple scrum teams must somehow stay in contact and coordinate their efforts to avoid pitfalls such as redundancy and inefficiency.

That’s why the best solution is a scrum of scrum meeting, which brings together representatives chosen from each agile team. This way, no team gets left out of the loop, and everyone’s resources get allocated in an efficient, productive manner.

Regarding scrum of scrum team size, conventional wisdom recommends following the same standards applied in the smaller-scale scrum meetings: no more than ten attendees. This limitation could force an organization to hold multiple scrum of scrums, which in turn can require a scrum of scrum of scrums, but we’ll save that one for a little later!

Learn the Basics of Scrum and the Scrum LifecycleEXPLORE COURSE

Benefits of a Scrum of Scrum

So what are these meetings useful for? Although we’ve briefly touched upon a few advantages, it’s worth listing them for easy reference.

What are the Goals of a Scrum of Scrum?

They are pretty straightforward, and in line with what we’ve already discussed:

To that end, each team representative must answer each of these questions:

These questions help each scrum “ambassador” contribute towards the ultimate success of the scrum of scrums. The key is to foster a sense of coordination and cooperation, also called cross-team synchronization, between all the teams.

Who is Involved in a Scrum of Scrum?

Speaking of teams, it’s time to discuss scrum of scrum team size and precisely who is involved in them. They should feature between five and ten participants, and conventional wisdom dictates that the representatives should be the Scrum Masters of each scrum team.

However, if each team sends only their Scrum Master, there is the risk of bringing a limited perspective to the scrum of scrums. For instance, it’s rare for a tech person to be the Scrum Master, and it’s exactly that kind of input that larger meetings may require. The possible need for technical input speaks to the idea of having two representatives from each team, maybe the Scrum Master and the tech person, or perhaps a member of the development team.

Optionally, the scrum of scrums should also include the product owner. This person’s perspective can potentially come in handy. Smart planners will invite product owners only if there is little to no risk that the meeting will lose its focus. The meeting shouldn’t be a forum for product owners to air grievances and attempt to make development decisions outside of their wheelhouse.

Then we have the issue of who runs the scrum of scrums, or to stay in the jargon, the scrum of Scrum Master. While many meetings function perfectly well as a self-leading body, a larger group meeting may require someone to step into the Scrum Master role.

The bottom line, any team or group that is responsible for a deliverable as part of the release plan should have a representative attending the scrum of scrums.

How to Conduct a Productive Scrum of Scrums?

Here are some tips for having an effective meeting:

Meetings of this magnitude are crucial in these cases because the more extensive the project staff, the higher the risk of things getting unwieldy, including communications breakdowns and confusion over individual team roles.

These meetings are often referred to as a large-scale Scrum (LeSS) and are designed to handle hundreds of developers.

Master the fundamentals of agile and scrum nowStart Learning

Learning More About Agile and Scrum

Simplilearn has a comprehensive collection of resources regarding agile and scrum. You can learn how to control risk in agile project management, or learn about scrum project management. There are introductory and advanced video tutorials as well.

If you’re planning on applying for a position as a Scrum Master, then you will want to prepare for that interview by checking out the Agile Scrum Master Interview Questions and Answers. And speaking of becoming a Scrum Master.

Looking forward to becoming a certified ScrumMaster? Assess your understanding of the concepts with these CSM Exam Questions. Try now!

Have You Ever Considered a Career as a Scrum Master?

Simplilearn’s Certified ScrumMaster (CSM) Certification Training provides a comprehensive overview of the scrum framework for agile project management and prepares you to become a certified ScrumMaster. You will learn all the basics of scrum and its lifecycle, how to organize Scrum teams, and set up projects. You will also master how to implement a scrum, including concepts like releases and sprints to enterprise transformation. This two-day classroom training opens new career opportunities for you in a wide selection of industries.

Today’s development landscape is very competitive, and having certification gives you an advantage over other candidates. A prospective employer sees your accreditation as proof that you know your material and will do the job.

According to Glassdoor, a Scrum Master can earn an annual average of $97,319. So don’t delay; check out Simplilearn today, and get a new career going in this exciting field!