DevSecOps Governance and Controls in the Cloud

Assuming Zero Trust When Applying DevSecOps in Your Organization 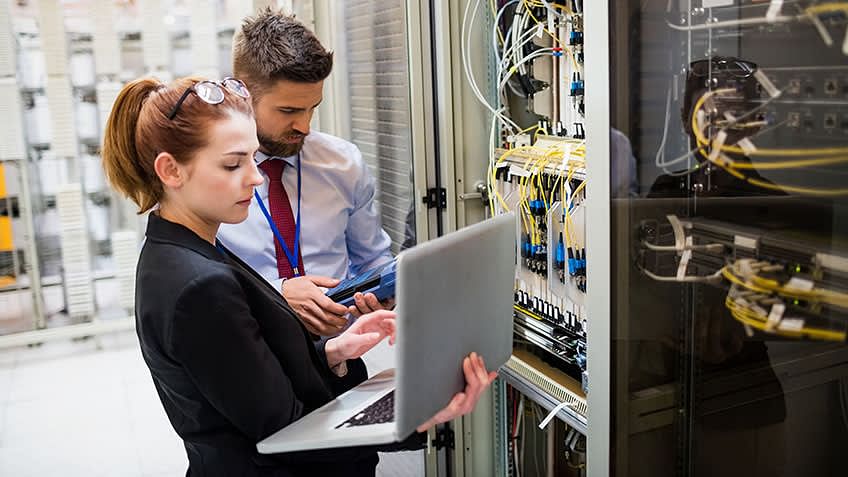 Over the past few years, managing systems and workloads have undergone a radical change. Instead of high-performance and expensive servers, commodity servers with distributed system architecture are clustered together via virtualization, which prevents downtime caused by server outages.

The focus, in recent times, has moved from hardware-specific dependency to SDI (software-defined infrastructure) – with zero human intervention – eliminating errors and inconsistencies inherent in manual processes.

The software-defined infrastructure has brought DevOps to prominence, which is a combination of tools, cultural philosophies, and practices that merge software development (Dev) and IT operations (Ops). DevOps aims to heighten an organization’s capacity to deliver services and applications at high speed, compared to traditional infrastructure management and software development processes.

Organizations that created a DevOps culture benefit in many ways, including increased collaboration, faster product improvement, and a seamless supply of high-quality, reliable software.

DevOps teams, however, do not always include systems development professionals responsible for improving site performance and reliability. This is where an SRE (site reliability engineer) comes into play.

Enroll for the DevOps Certification Training and gain expertise in the tools like Docker, Jenkins, Kubernetes, and more. Check out the course preview!

Similar principles influence the roles and responsibilities of a site reliability engineer and a DevOps engineer.

They both work to bridge the gap between operations staff and developer teams, aiming to expedite developments while retaining core resiliency.

There is, however, a vital difference between the job of a DevOps engineer and a site reliability engineer, which is crucial and subtle.

The fundamental difference is, DevOps engineers focus on developer velocity and continuous delivery, whereas site reliability engineers are responsible for software automation and reliability.

Simply put, DevOps teams engineer continuous delivery till deployment, whereas SREs emphasize on maintaining uninterrupted operations from the beginning to the end of a software’s life cycle.

The History of Site Reliability Engineering

Site reliability engineering was born in 2003 at Google. The technology giant introduced it to make its mass-scale websites more efficient, scalable, and reliable. The effect was so overwhelming that other top technology companies, such as Netflix and Amazon, soon adopted the new practice.

Eventually, site reliability engineering made a full-fledged entry into the IT domain, automating solutions such as capacity and performance planning, managing risks, disaster response, and on-call monitoring.

Here are some general roles and responsibilities in a site reliability engineer job that SREs need to perform.

In many organizations, the site reliability engineer job will involve the implementation of strategies that increase system reliability and performance through on-call rotation and process optimization.

Site reliability engineers will also have to add automation for improved collaborative response in real-time, besides updating documentation, runbook tools, and modules to ready teams for incidents.

To ensure a seamless flow of information between teams, site reliability engineer job may require documenting the knowledge gained.

Site reliability engineers must ensure that IT professionals and software developers are reviewing incidents and documenting the findings to enable informed decision-making.

The annual senior site reliability engineer salary in the US is 116,046 dollars.

In the United Kingdom, the average site reliability engineer salary is £64,477.

A national average of £81,000 is the senior site reliability engineer salary in the United Kingdom.

In India, the average site reliability engineer salary is ₹1,075,971.

The senior site reliability engineer salary in India is ₹2,150,000 per year.

Are you skilled enough for the role of a DevOps Engineer? Try answering these DevOps MCQs and find out now!

Tips to Get Started

Most employers prefer a Computer Science degree for recruiting individuals as an entry-level site reliability engineer.

However, if you are aiming big, you will need a professional certification from a leading certification provider such as Simplilearn. The DevOps Engineer master's Training program will prepare you for a career in DevOps. You’ll become an expert in the principles of continuous development and deployment, automation of configuration management, inter-team collaboration and IT service agility, using DevOps tools such as Git, Docker, Jenkins and more. The Post Graduate Program in DevOps designed in collaboration with Caltech CTME enables you to master the art and science of improving the development and operational activities of your entire team. You will build expertise via hands-on projects in continuous deployment, using configuration management tools such as Puppet, SaltStack, and Ansible.