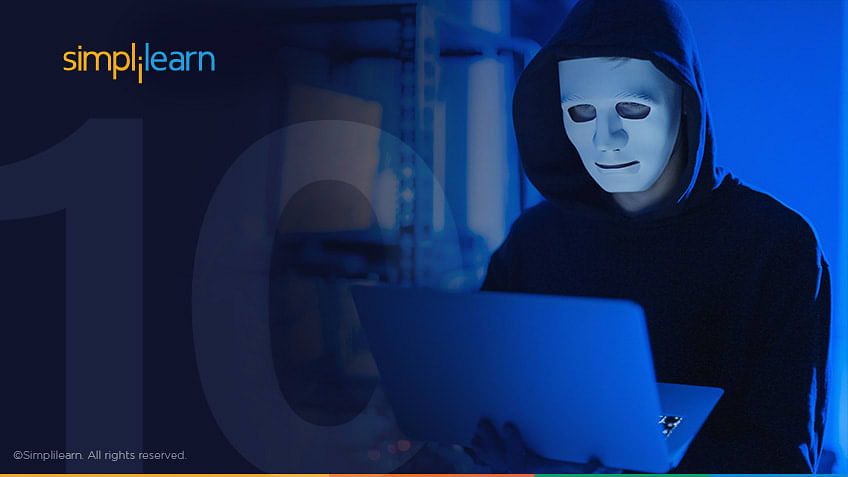 It all started with a very interesting project by a person named Bob Thomas. Bob had rightly identified back in time that a computer program might travel between a lot of networks and leave its blueprint most of the time, which had to be rectified and secured. Hence he alongside Ray Tomlinson worked on securing networks, and thus the Journey of cybersecurity came to life. Cyber threats are a big deal; lack of cybersecurity causes failure of military equipment and breach in national security secrets, and has caused electrical blank outs. They can also disrupt phone and computer networks or disable systems, making data unavailable.

We all love to be social, but that social life will not take much time to make our world head over heel. Our world progresses around the internet, be it for the association, communication, and interaction, for some transaction or for keeping some information private. Nothing is safe, our seclusion, our bank details, our money. The world could come to an end if there is a lack of cybersecurity in the world. Cybersecurity is the practice of defending your networks, computers, mobile devices, electronic systems, programs, and data from malevolent digital attacks.

The Internet of Things (IoT) is a network of connected devices, and all this will find a unique identifier which will automatically collect and process data over a network. IoT devices are widely used in various sectors and industries. This includes applications used every day by us like Smartphones, Smartwatches, and Smart homes included, these devices allow the end-user to control everything from one device. These Cyber threats have evolved from the time back in 2010 and have been continuing to date.

Between Jan' 2010 to Dec' 2010: The most impacted organizations were public sectors, which had a massive impact on threat and loss of private security secrets. It was declared that an attack had happened on Google networks, alongside some well known high-tech companies in the USA. It was reported that the hacker repeatedly continued to do the same. In April it was reported that the Hackers broke into arranged systems at the Indian Defense Ministry and Indian legation around the world, gaining access to Indian defense and ordnance planning. It was reported that it got continued till December of 2011.

January 2011 to December 2011 - The Canadian government reports a significant threat which involved the Canada Defence organizations, also a research agency from Canada and other departments of (NDF) which is the National Defense Finance of Canada and the Treasury Board of Canada are believed to be their leading economic agencies. The intrusions forced both these essential bodies to disconnect from the Internet, which was a significant impact back then. Hackers did not stop here. They also attacked the French government's channels to find some very sensitive information.

Speaking about March 2011: the South Korean Nation was under a cyberattack, and their government's computer networks were identified and attacked for some very critical information on the Global Hawk aircraft ( Unmanned ), which was to be bought from America. A very well known company was under attack, and their customers had been challenged with their card information, which would be stolen from the PIN pad from the register. Also, the email marketing company "Epsilon" was under the sheer attack to steal emails to send Phishing email campaigns.

Jan' 2012 to Dec' 2012 was another critical period where attacks were reported worldwide and globally, not limited to any one single government or company. Oct' 12 discovered something called the Red October, and these were reportedly operating around the world ranging up to 5 years, transmitting information ranging from diplomatic secrets to personal information, including from mobile devices

Jan' 2013 to Dec' 2013; The Columbian Independence Day under attack: A huge-scale cyber attack was well planned on July 20th – On this day, almost about 30 Colombian government websites. As the most successful single-day Cyberattack plotted against a government, most websites were either hacked or entirely closed for the entire day of this attack.

Jan' 2014 to Dec' 2014; Several articles have been posted on the IT Governance blogs in the past few weeks detailing cybercriminals and their increased activity during the Christmas period.

The goal of the penetrations, which Google attributes to China, was to collect technology, gain access to activist G-mail accounts, and to Google's password management system. It was reported that the hacker repeatedly continued to do the same.

Cybercrimes have evolved from time to time with us. Just like we are inlined with technology and are upgrading to more new tools, they are too than ever before to launch more modern and dreadful attacks. AI to Dark Webs they have quite a few tricks to pull off, Big companies dealing with huge and sensitive data need to upgrade their security policies even before then anymore. Also, with cloud infrastructure and IoT is a critical and increasing procedure, cyber-attacks are turning vulnerable. With all this in mind, Cyber threats evolved from the period of 2010 and have been continuing till date, as per some analysis from Google it was brought up to the light that many public organizations have come with leakage of data that has continued.

At Simplilearn, we are designing our Cybersecurity courses to be a step ahead of such cyber attacks. We make sure you are always updated with the latest technology and are well equipped to fight back the cyber threats of today. Start your course today to become a cyber hero and grab one of the plentiful opportunities in the market for cybersecurity.