Top Automation Companies to Watch Out in 2021 And Why 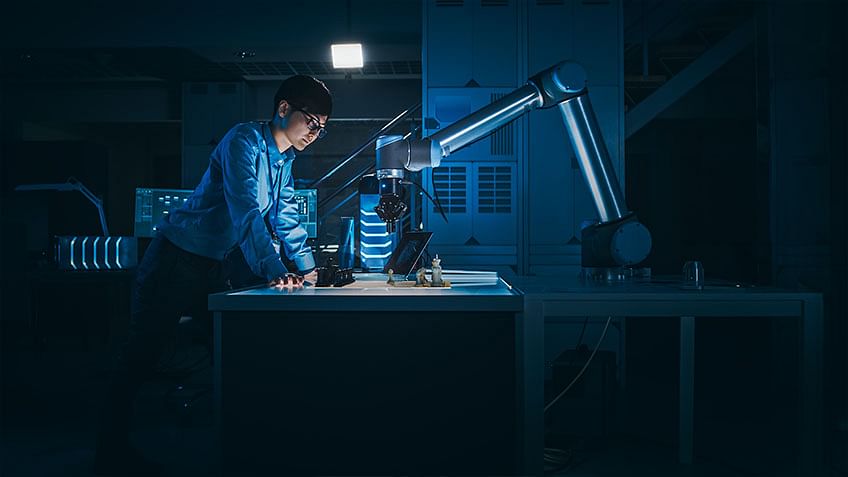 The worldwide adoption of industrial automation is witnessing steady growth because of the advent of Industry 4.0, IIoT (Industrial Internet of Things), 5G technology, smart devices, and the increasing need for high-volume mass production across various industries.

At the core of global industrial automation are some of the most innovative companies in the world that are delivering software, hardware, and solutions to usher in this new age of smart manufacturing. Here is the list of top automation companies to work for in 2021:

The Swiss-Swedish multinational company, ABB, headquartered in Västerås, Sweden, and Zürich, Switzerland, is focused on providing a wide variety of automation solutions to diverse industries across the globe.

One of the top automation companies in the world, ABB, is well-positioned to deliver end-users tailored automation solutions via its 144,400 employees in different geographical zones.

Since its launch in 1988, ABB successfully held a significant share of the global industrial automation market because of its cutting-edge R&D and breakthrough innovations. As of March 31, 2019, the company reported a net profit of $1.439 billion.

Yokogawa Electric Corporation was founded in 1915. Since then, it has strived to deliver high-caliber automation products and solutions to its customers, which helped the company strengthen its position as one of the top automation companies. Today, Yokogawa has three affiliated companies and eighty-four subsidiaries operating in fifty-five countries.

Founded on October 01, 1847, in Berlin, Germany, multinational conglomerate Siemens is the biggest industrial manufacturing organization in Europe with offices in over 100 countries. A technological pioneer, Siemens, specializes in electrification, digitalization, and automation, besides having a strong presence in other industrial domains, including infrastructure, healthcare, energy, and manufacturing.

On October 24, 2019, Honeywell, a leading warehouse automation company with over 25 years of experience, announced the launch of Honeywell Robotics to provide companies with automated distribution solutions that deliver increased throughput, speed, and accuracy in large material handling facilities.

Certified by the Robotic Industries Association, Honeywell Robotics is one of the top automation companies to watch out for, in 2021. As Computer Vision, Artificial Intelligence, and Machine Learning become mainstream, Honeywell Robotics will increasingly create breakthrough, innovative technologies to transform traditional distribution centers and warehouses into smart infrastructures.

Mitsubishi Electric, a core company of the Japanese multinational Mitsubishi Group, is a global leader in electrical and electronics manufacturing. The company, headquartered in Tokyo,

Japan has a rich portfolio of innovative products, including smart automation solutions, which substantially contribute to the growth of the international automation market.

Among the top automation companies in the world, Mitsubishi Electric develops industrial robots with intelligent capabilities, incorporating force sensing and three-dimensional (3D) vision. The robots, which can operate in collaborative environments, deliver best-in-class accuracy and speed in both challenging and simple applications.

Reporting a net profit of 42.7 billion yen in FY 2019, Mitsubishi Electric Corporation is undoubtedly one of the top automation companies to work for in 2021.

Thanks to continuous advancements in sensor technology and the developments of advanced Programmable Logic Controllers, industrial automation keeps gaining traction, driving manufacturing processes and warehouse operations to the next level.

The world's top automation companies, to augment their capabilities and to deliver cutting-edge automation solutions, are recruiting skilled professionals certified by industry-recognized institutions such as Simplilearn.

Choose from Simplilearn's wide range of automation-oriented courses, such as the Robotics Process Automation (RPA) - Digital Transformation Course, the Automation Test Engineer Masters Program, or the Automation Anywhere Certification Training Course, to advance your career in the fast-expanding field of industrial automation.

Top Technology Companies to Work for in 2021