7 Types of Artificial Intelligence That You Should Know in 2022

Lesson 4 of 8By Avijeet Biswal 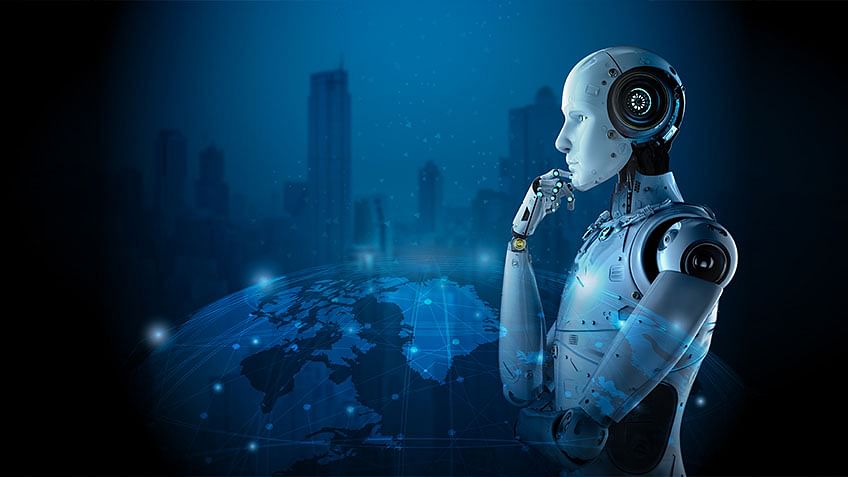 What is Artificial Intelligence?

Artificial Intelligence is the process of building intelligent machines from vast volumes of data. Systems learn from past learning and experiences and perform human-like tasks. It enhances the speed, precision, and effectiveness of human efforts. AI uses complex algorithms and methods to build machines that can make decisions on their own. Machine Learning and Deep learning forms the core of Artificial Intelligence.

AI is now being used in almost every sector of business:

Now that you know what AI really is, let’s look at the different types of artificial intelligence.

Artificial Intelligence can be divided based on capabilities and functionalities.

There are three types of Artificial Intelligence-based on capabilities -

Under functionalities, we have four types of Artificial Intelligence -

First, we will look at the different types of Artificial Intelligence-based on Capabilities.

Artificial Intelligence Based on Capabilities

What is Narrow AI?

Narrow AI, also called as Weak AI, focuses on one narrow task and cannot perform beyond its limitations. It targets a single subset of cognitive abilities and advances in that spectrum. Narrow AI applications are becoming increasingly common in our day-to-day lives as machine learning and deep learning methods continue to develop.

What is General AI?

General AI, also known as strong AI, can understand and learn any intellectual task that a human being can. It allows a machine to apply knowledge and skills in different contexts. AI researchers have not been able to achieve strong AI so far. They would need to find a method to make machines conscious, programming a full cognitive ability set. General AI has received a $1 billion investment from Microsoft through OpenAI.

What is a Super AI?

Super AI surpasses human intelligence and can perform any task better than a human. The concept of artificial superintelligence sees AI evolved to be so akin to human sentiments and experiences that it doesn't merely understand them; it also evokes emotions, needs, beliefs, and desires of its own. Its existence is still hypothetical. Some of the critical characteristics of super AI include thinking, solving puzzles, making judgments, and decisions on its own.

Now, we will look at the different types of Artificial Intelligence-based on Functionalities.

Artificial Intelligence Based on Functionalities

What is a Reactive Machine?

A reactive machine is the primary form of artificial intelligence that does not store memories or use past experiences to determine future actions. It works only with present data. They perceive the world and react to it. Reactive machines are provided with specific tasks, and they don't have capabilities beyond those tasks.

IBM’s Deep Blue that defeated chess grandmaster Garry Kasparov is a reactive machine that sees the chessboard pieces and reacts to them. Deep Blue cannot refer to any of its prior experiences or improve with practice. It can identify the pieces on a chessboard and know how each moves. Deep Blue can make predictions about what moves might be next for it and its opponent. It ignores everything before the present moment and looks at the chessboard pieces as it stands right now and chooses from possible next moves.

What is Limited Memory?

Limited Memory AI trains from past data to make decisions. The memory of such systems is short-lived. They can use this past data for a specific period of time, but they cannot add it to a library of their experiences. This kind of technology is used in self-driving vehicles.

Mitsubishi Electric has been figuring out how to improve such technology for applications like self-driving cars.

What is the Theory of Mind?

Theory of mind AI represents an advanced class of technology and exists only as a concept. Such a kind of AI requires a thorough understanding that the people and things within an environment can alter feelings and behaviors. It should understand people's emotions, sentiments, and thoughts. Even though many improvements are there in this field, this kind of AI is not fully complete yet.

What is Self Awareness?

Self-awareness AI only exists hypothetically. Such systems understand their internal traits, states, and conditions and perceive human emotions. These machines will be smarter than the human mind. This type of AI will not only be able to understand and evoke emotions in those it interacts with, but also have emotions, needs, and beliefs of its own.

We might be far from creating machines that can solve all the issues and are self-aware. But, we should focus our efforts toward understanding how a machine can train and learn on its own and possess the ability to base decisions on past experiences.

I hope this article helped you to understand the different types of artificial intelligence.

Do you have any questions regarding this article? If you have, please put in the comments section of this article on types of artificial intelligence. Our team will help you solve your queries at the earliest!