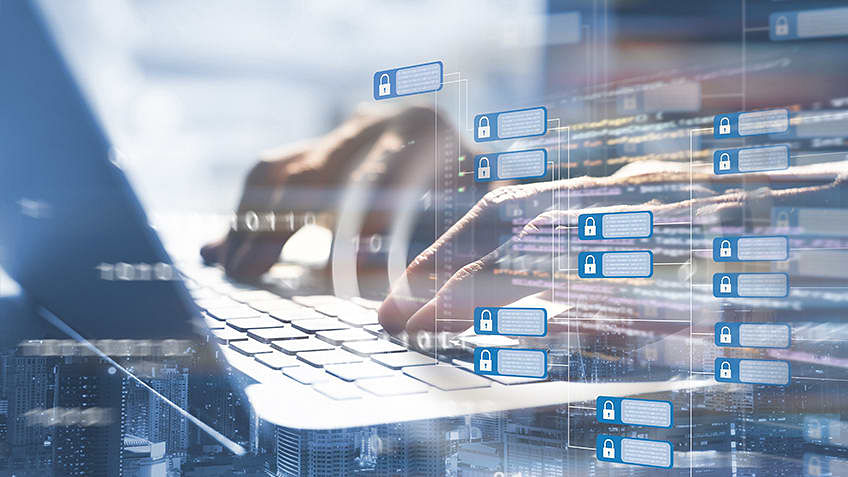 Blockchain technology is poised to revolutionize the way the digital world handles data and does business. Initially created as a platform for supporting Bitcoin, Blockchain is demonstrating a level of versatility and security that has made many sectors of business and government take notice and begin putting it to their use.

With that in mind, it makes sense that if you want to jump into a career that has a lot of potential for growth, featuring a dynamic new technology that’s just getting started, then you should consider becoming a Blockchain developer.

If this prospect intrigues you, and you want to know how to become a Blockchain developer, then read on and find out all you need to know about this exciting and intriguing profession.

A blockchain developer develops decentralized applications (dApps) and smart contracts based on blockchain technology, as well as understanding the architecture and protocols of the technology. They are responsible for developing 3D models, 3D designs, and 3D content such as that used in games.

The wise yet short answer to this is: a Blockchain developer develops Blockchains! Well, that was easy!

Also Read: Why is Blockchain Important and Why Does it Matters?

What “others” are we referring to? That would be the Blockchain Software Developers, of course, who use the core web architecture built by the Developer to create apps, specifically the decentralized (dapps) and web varieties.

Perhaps there may be situations where the same person fulfills both roles, most likely in cases where the business is small, and people traditionally wear more than one hat. Whatever the case, the everyday responsibilities and roles of the Blockchain developer are:

How Does One Become a Blockchain Developer?

So, after all of that, the questions present itself: with all of these responsibilities, how does one train someone with the necessary skills to let them rise to the challenge of Blockchain development? There are two different situations at work here. There are the Blockchain hopefuls who are starting completely from scratch, having no background in programming whatsoever, and those who have experience in careers that share similarities with Blockchain.

How to Make a Successful and Worthwhile Career as a Blockchain Developer?

In the global market, Blockchain has gained popularity due to its salient features. It is an append-only peer-to-peer network that maintains a cryptographically secure distributed ledger and that can only be updated through the consensus mechanisms such as BFT, PBFT, and so on.

To become a blockchain developer, one must gain knowledge or expertise in a variety of other computer sciences and mathematical domains, such as cryptography, etc.

To become a blockchain developer, one must first acquire a strong academic background in computer science or mathematics. A Bachelor's or Master's degree with a specialization in a relevant topic is possible since it would be beneficial to have a good grasp of the fields of computer science, information technology, and mathematics.

2. Get Proficient With Required Tech Skills

One needs to acquire a specific technical skills before becoming a blockchain developer, such as:

Learning Data Structures strengthen your skill of understanding the problems at a wide level and helps to provide an optimized solution within the constraints. They are also used to store data in an organized and efficient manner. Explore different types of data structures such as arrays, trees, linked lists.

It is a method of securing sensitive data from unauthorized users, threats, and attacks. The fundamentals of computer science and mathematics serve as the foundation for developing cryptography protocols. In general, data is encrypted at the sender and decrypted at the receiver using various cryptographic techniques.

3. Understanding the Basics of Blockchain

To train yourself to become a blockchain developer, understanding the basic concepts and terminologies in the field of blockchain is very important. It is a prerequisite skill, without proper domain knowledge, one cannot proceed further in the blockchain industry. So, learn the fundamental concepts of blockchain, gain a deeper and clearer understanding of them, and also learn about real-time blockchain applications, the working mechanism of various consensus protocols. Examine recent advancements in blockchain technology.

In blockchain technology, the data is cryptographically secured with the help of various security protocols. Cryptonomics is the combination of economics and cryptography. Strong mathematics and computer science concepts are required to build strong cryptography protocols. There are various cryptographic standards being used in a blockchain network, such as RSA and hash functions. Understanding cryptocurrency such as Bitcoin and Ether requires knowledge of both cryptography and economics.

5. Get Knowledge of Ethereum and DApps

Ethereum is one of the latest technologies, which is decentralized and built on the basic concepts of blockchain technology. It is an open-source technology used by many industry professionals. It allows the Ethereum blockchain developers to create a special transaction protocol called Smart Contract and other applications known as the Decentralised Applications (the DApps).These are similar to regular mobile-based applications.

6. Learn About Smart Contract and Solidity

This trendy technology enables the Ethereum blockchain developers to code and develops a special type of transaction protocol called Smart Contracts. The objective of a smart contract is to simplify the transaction process between parties, restricting the participation of a third party and also cutting off the additional cost involved in it. Solidity is a programming language, used to develop Smart contracts and execution of business logic. It is similar to OOPS.

7. Get some Hands-On Experience

Every blockchain developer should also get some hands-on experience in addition to theoretical information.  Implement the subjective things by building various blockchain applications. Learn programming languages such as Solidity, and practice by developing Smart Contracts and DApps. With the gain in knowledge and experience, the blockchain developers can try for some internships at enterprises that are looking to expand more in this domain. Many hands-on tutorials are being provided by many online training and educational institutions for free of cost, paid as well and their certification is valuable in the market.

What Kind of Mindset Do You Need to Become a Blockchain Developer?

Whenever you hear the word “hacker” spoken aloud, it’s not usually in a positive light; no self-respecting business wants anything to do with hackers (well, except for ethical hackers, but that’s a different story for a different time). However, it’s precisely the hacker mentality that helps make good Blockchain developers. That’s because hackers tend to think outside the box when faced with problems and obstacles, rather than engage in conventional thinking.

So the best candidate for Blockchain development works well with others, knows his or her limitations, and can unconventionally approach problems.

For Those Who Are Completely New to Programming and Development

If you’re someone who wants to become a Blockchain developer but has no related skills or experience to build a foundation on, then frankly, the road is going to be a little tougher for you and will require more work and dedication.

Fortunately, there is hope! Here are some steps that anyone coming from such a place, but yet is interested in a Blockchain developer career can take.

Also Read: Ethereum vs Bitcoin: Which One is Better?

How to Transition to a Blockchain Developer From a Similar Career?

Upskilling is the process of teaching an employee new skills. This process is particularly useful when it comes to creating new Blockchain developers from other, similar positions in the business. Some companies, keenly aware of the growing importance of the Blockchain technology, will upskill individual employees, empowering them to handle the new tech.

If you are someone who’s working at a business that pays for your upskilling costs and wants to put you in the position of Blockchain developer, remember that you will be obliged to stay with that company for at least a specific period. After all, businesses aren’t in the habit of paying from employees’ training, only to make them more marketable elsewhere!

Here’s the Next Step

If the prospect of getting in on the ground floor of this exciting innovation appeals to you, then you may wonder what the next step is. Fortunately, Simplilearn has you covered by offering its Blockchain Certification Training Course.

Simplilearn’s Blockchain Certification Training has been designed for developers who want to decipher the global craze surrounding Blockchain, Bitcoin, and cryptocurrencies. You’ll learn the core structure and technical mechanisms of Bitcoin, Ethereum, Hyperledger, and Multichain Blockchain platforms, use the latest tools to build Blockchain applications, set up your private Blockchain, deploy smart contracts on Ethereum and gain practical experience with real-world projects.

Whether you’re learning on your own or receiving upskilling from your place of employment, Simplilearn has the means best suited for your situation, offering their Online Classroom Flexi-Pass or their Corporate Training solution, respectively. Whichever the method, you will benefit from 32 hours of instructor-led training, over 50 hands-on exercises using Blockchain technology, nine practical projects are covering Ethereum, Bitcoin, and Hyperledger, and 24 x7 assistance and support.

It should be mentioned that the Corporate Training solution is ideal for businesses that want to upskill chosen employees and make them into Blockchain developers.

Once you complete the course, you will have certification in Blockchain development, and be ready to take on the new challenges of this exciting technology. Simplilearn stands ready to be a valuable resource for you to not only become a Blockchain developer, but also to provide additional training and skills in related topics such as DevOps, Software Development, and Cloud Computing. If you recall the earlier mention of ethical hackers, you’ll be happy to know that Simplilearn even offers a training course in Certified Ethical Hacker v10. Check out Simplilearn and get started on a new, rewarding, and profitable career!