Lesson 2 of 26By Rahul Venugopal 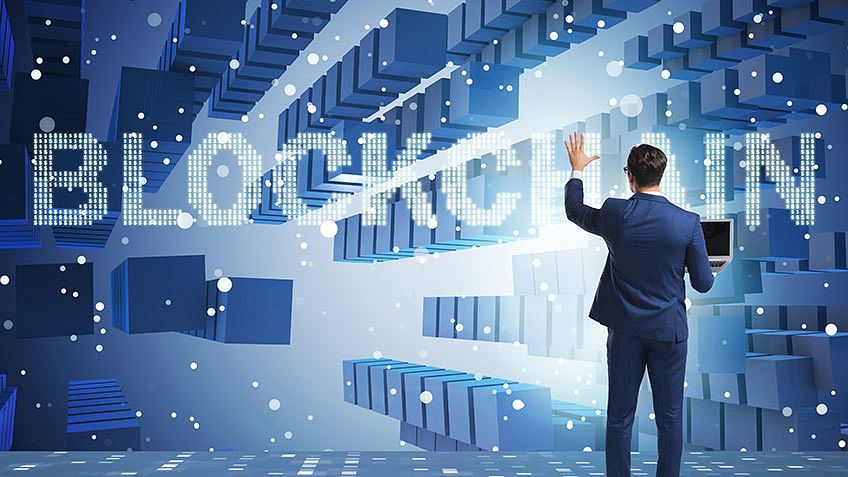 Blockchain is a list of records called blocks that store data publicly and in chronological order. The information is encrypted using cryptography to ensure that the privacy of the user is not compromised and data cannot be altered.

To understand the promise of blockchain-enabled cryptocurrencies and their advantages over traditional (fiat) currencies, let’s look at the issues inherent in fiat currency first.

How Does Blockchain Work?

All of these transactions are stored in a structure known as the digital ledger. In layman’s terms, the digital ledger works like a spreadsheet containing all the numerous nodes in a network and has the history of all purchases made by each node. The information contained in the digital ledger is highly secure and the digital signature safeguards it from being tampered with. The most interesting part about this ledger is that anyone can see the data, but no one is able to corrupt it.

In 1982, David Chaum proposed the first-ever blockchain-like protocol in his dissertation, Computer Systems Established, Maintained, and Trusted by Mutually Suspicious Groups. This concept was further worked on by Stuart Haber and W Scott Stornetta in 1991, where they described the process of a cryptographically secured chain of blocks with timestamps that could not be tampered with.

However, blockchain was first popularized by Satoshi Nakamoto in 2008. He improved the design using hashcash-like methods to timestamp each block without the need for a central authority or “trusted parties”. These improvements were so innovative and have become the backbone of cryptocurrencies today.

Why Do Transactions Fail?

Imagine two people are making a money transaction. Now, assuming the sender has properly sent the money from his bank, there’s no chance the transaction will fail, right?
Actually, there are several things that can go wrong, including:

What is a Cryptocurrency?

A cryptocurrency is a form of digital currency that can be used to verify the transfer of assets, control the addition of new units, and secure financial transactions using cryptography.

One of the cryptocurrencies’ most important advantages over normal (fiat) currencies is that they are not controlled by any central authority. Without a central point of failure or a “vault,” the funds cannot be hacked or stolen.

As an analogy, think of the popular Microsoft Excel spreadsheet program. You can make changes to the data on your own that may differ from earlier versions of the spreadsheet that are shared with others. But if you make changes to a Google Sheets document, on the other hand, those changes also show up in every other shared copy. Similarly, the shared and distributed nature of cryptocurrencies keeps everyone on the same page.

Therefore, the transparency and distributed nature of blockchain technology are what make cryptocurrencies (at least those that use the blockchain) secure.

What Are the Types of Cryptocurrencies?

There are several cryptocurrencies available in the market right now. Some of the more popular ones are:

As mentioned earlier, there are close to 3,000 cryptocurrencies in the market—a market that has become nearly saturated with options. Most experts say the vast majority of these options will eventually fail as users begin to coalesce around just a few.

Bitcoin was introduced in 2009 by someone or a group of people known as Satoshi Nakamoto. It aimed to solve the problem faced by fiat currencies with the help of Blockchain technology. As of 2018, there were more than 1,600 cryptocurrencies that followed the concepts of Bitcoin and Blockchain, including, Ethereum, Litecoin, Dash, and Ripple.

Whenever a sender has made a transaction, he sends Bitcoins to a receiver by submitting the transaction on a public Blockchain network of Bitcoin. The miners around the world do verifications to authenticate users. There are specific participants in the Bitcoin network who are identified as miners, and they verify the authenticity of the sender and the receiver. They also validate whether the sender has enough Bitcoins to send to the receiver and also ensure that the sanity of the underlying Blockchain network to the Bitcoin is not corrupt.

These are the four features of Blockchain which we are going to talk about in detail:

Are you interested to learn about Blockchain, Bitcoin, and cryptocurrencies? Check out the Blockchain Certification Training and learn them today.

Blockchain uses cryptography (see definition of "cryptography" above) to ensure that all the data in the blocks is kept secure from unauthorized access and is not altered. Blockchain uses SHA-256 for encryption. SHA-256 is one of the strongest hash functions available. This cryptographic hash algorithm generates an almost unique 256-bit signature for a text. Blockchain also uses digital signatures to validate users.

Each user has a public and private key. The public key is used to identify the user uniquely, and the private key gives the user access to everything in the account. In the process from the sender's side, the sender's message is passed through a hash function; then, the output is passed through a signature algorithm with the user's private key, then the user's digital signature is obtained. In the transmission, the user's message, digital signature, and public key are transmitted.

In the process on the receiver's side, the message is passed through a cryptographic function to get a hash value. That hash value is compared with the hash output obtained bypassing the digital signature and public key through a verification function.

As mentioned, each block in a blockchain uses SHA-256 to encrypt and therefore secure the data. Every block has four fields:

The first three values (previous hash, transaction details, and nonce) are passed through a hashing function to produce the fourth value, the hash address of that particular block.

Bitcoin uses a proof-of-work system. What is proof of work? It is a piece of data that's very hard to produce (meaning it takes a lot of time or costs a lot of money) but can be easily verified by others, and it satisfies specific requirements. With bitcoin, proof of work is a competition among miners who want to add a block to the Blockchain—meaning they have to find the nonce value for the block by solving a mathematical puzzle. Once a miner discovers a nonce value, he or she spreads the word throughout the network, and if other miners validate the claim, the miner is rewarded with 12.5 bitcoins or another form of compensation. Finding a nonce value also adds that block to the Blockchain.

Finding a nonce value requires a lot of time, money, and resources. When the nonce value is found, the miner spreads the word about finding this value, other miners attempt to validate the claim, and if it's verified, the miner gets the reward. So a miner is rewarded for being the first one to find the nonce, and that adds a block to the Blockchain.

As mentioned, as of today, the reward is 12.5 bitcoins. Every four years, the amount of bitcoin a miner can earn is reduced by half. Mining is the only way new bitcoins can be generated, and it ensures that there's a limit to how many bitcoins can exist in the market.

Mining is the process of a miner being rewarded for finding the appropriate nonce first. Miners get paid in Bitcoins, and a successful verification is the only way the Bitcoins get added to the network. That is the concept of mining, and when a miner has completed the proof of work consensus, he is rewarded.

A miner's fee is 12.5 Bitcoins for adding a block onto the Blockchain; however, the reward reduces by half every four years. When the fourth year approaches, the Bitcoin reward will go down to 6.25 Bitcoins, and miners also get the sum of all the transaction fees for a particular block.

Walmart was facing an issue where people were returning goods citing quality issues. Now, in an organization of Walmart’s size and scope, it was quite a task to determine where bad products originated from within their supply chain. Their supply chain involved the following steps:

To ensure their reputation wasn’t tarnished, they incorporated blockchain into their supply chain. Each event and detail within each step of the supply chain was logged. Now, in the scenario where a product was deemed bad and returned, Walmart would be able to determine where the issue with the product originated from in the supply chain.

The use of blockchain goes far beyond cryptocurrency and bitcoin. Here are some of the most common uses of blockchain in different industries:

Other Fields That Use Blockchain

The financial services industry is an open field that uses blockchain technology extensively, but it's not the only one. Forbes mentions healthcare, crowdfunding, and ride-sharing in its article "Eight Ways Blockchain Will Impact the World Beyond Cryptocurrency." Let's look at a few other fields.

The rise of digital music has posed problems regarding issues like piracy and artist compensation. Blockchain can:

Even a giant company like Lockheed Martin is using Blockchain in its cybersecurity efforts. Blockchain can:

Blockchain technology is a natural fit for improving time-consuming and costly HR procedures. For example, it can:

Blockchain as a Use Case in Banking

Blockchain finds excellent use in banking. As of now, a user validates his identity to each bank he goes to, over and over. Is there a way we can ease the process with Blockchain? The answer is yes. We can use truffle, ethereum, ganache, and smart contracts, which are part of the Blockchain technology ecosystem, to make it work.