HomeResourcesSoftware DevelopmentBlockchain Tutorial for Beginners to Advanced LevelWhat is Solidity Programming, its Data Types, Smart Contracts, and EVM in Ethereum?

What is Solidity Programming, its Data Types, Smart Contracts, and EVM in Ethereum?

Lesson 18 of 31By Simplilearn 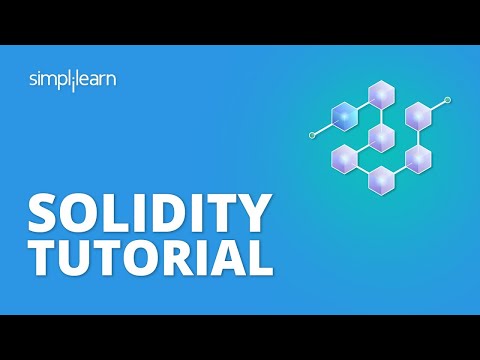 Dapps otherwise referred to as Decentralized Applications are applications built on the open-source, peer-to-peer network of Ethereum Blockchain which uses smart contracts and front-end user interfaces to create decentralized platforms.

Solidity is a brand-new programming language developed by Ethereum, the second-largest cryptocurrency market by capitalization.

What is Solidity Programming?

Solidity is an object-oriented programming language created specifically by the Ethereum Network team for constructing and designing smart contracts on Blockchain platforms.

Like other programming languages, Solidity programming also has variables, functions, classes, arithmetic operations, string manipulation, and many other concepts.

Solidity is a relatively new language that is rapidly growing.

What are EVM and Smart Contracts?

It supports all the common data types seen in other OOP languages, such as,

Apart from that, Solidity programming allows you to "Map" data structures with enums, operators, and hash values to return values stored in specific storage places.

How to Get Started With Solidity Programming?

How to Execute the Code

You can execute a Solidity Program in two ways -

To operate a Solidity smart contract in Offline mode, it must meet three conditions and follow four essential actions:

In the Online Mode, the Remix IDE is typically used to compile and run Solidity smart contracts.

Apart from the primary functionality of Solidity Programming, there are many other features provided by Solidity programming that cause it to have an edge over other Ethereum based languages.

Do you have any questions for us? Please  make sure that you share them with us in the comments section of this Solidity Programming article; our experts will review and revert to you on them very soon.