What Is C++ Stack: Features, Uses, Examples and More

By SimplilearnLast updated on Dec 7, 2021 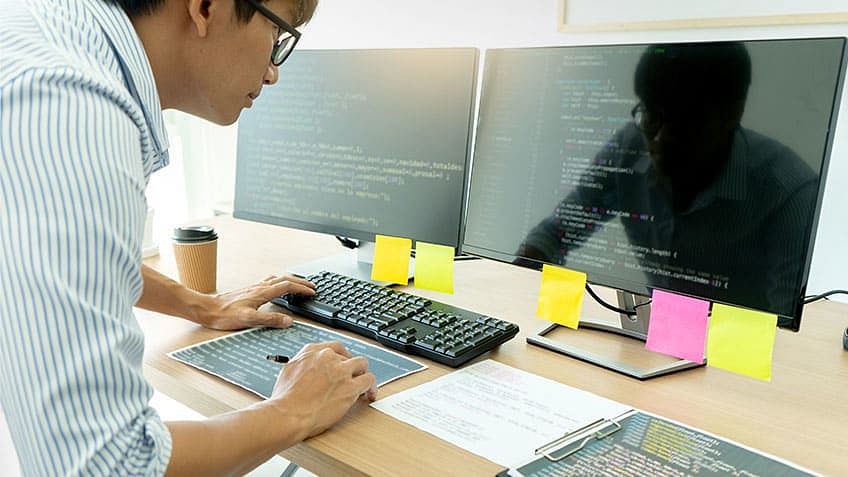 C++ is the best cross-platform language that is ideal for creating high-performance languages. It was developed as an extension to the C language by Bjarne Stroustrup. It was updated three times in 2011, 2014, and 2017 with C++11, C++14, and C++17. C++ is one of the world’s most popular programming languages.

C++ is a part of modern embedded systems, graphical user interfaces, and operating systems. It is an object-oriented language with a clean program structure that lowers development costs and allows the codes to be reused. It is easy to switch between C++ and Java that makes it a developer’s favorite.

It is easy to start with C++. All you need are a text editor and a compiler. Notepad can be used to write C++ code, and GCC compilers can be employed to translate the C++ code into understandable computer language. An Integrated Development Environment (IDE) can be used to edit and compile C++ codes. You will know all about the C++ Struct in this article.

Classes and structures hold the collection of data of multiple data types. The structure is the collection of variables of different data types under a single name only. For example, if you require some details about a customer to be stored in the data, you can create the different variables like name, contact number, email id, etc. These variables can be used to store all information separately.

The best solution to this lengthy coding is collecting all related information under a single customer name like customer1. You can then use it for different customers. This collection of all related information under a single name customer1 yields a clean, efficient, and readable cost and is called structure. The “struct” keyword defines a structure type followed by an identifier.

The member variables of different types are declared inside the curly brackets. Thus, C++ Struct is declared by preceding the struct keyword and is followed by the structure name.

Here, students are the structure that contains three variables namely name, id, and age. It allocated no memory at the time of declaration of structure. The memory is allocated when the variable of a structure is created.

How to Create the Instance of Structure?

The structure variable can be defined as-

Thus, the total memory occupied by the variable in the above case is 9 bytes.

Here, you’re accessing the id field of the C++ Struct Student by using the dot (.) operator. It assigns the 4 values to the id field.

2. Simple Structure Using the Constructor to Initialize Data and Method to Calculate the Rectangle’s Area

Differences Between Structure and Class

The differences between the structure and class in C++ are:

This article covers all about the C++ Struct, how to define it, and use it in any program. Struct is the lightweight version of data types’ collection. It is similar to a C++ class holding different data types. Struct is a value type compared to classes which fall under reference type like the classes. Overall, classes and structs are used to create an instance of classes in C++. It is easy to use, create an instance, and access the variables in C++ structures.

Are you planning to learn about the practical usability of the C++ Struct? It is easy to learn all details about structures in C++ from Simplilearn’s Full Stack Web Development course. It is an easy process to become a part of the skill up to learn the basics of computer programming for free. In case you’re looking for some certified software development professional courses, Simplilearn is one of the leading online education providers. Get to know about the trending programming skills from the leading mentors of the industry to gain skills and professional expertise.

Have any questions for us? Leave them in the comments section of this article and our experts will get back to you on the same, ASAP!