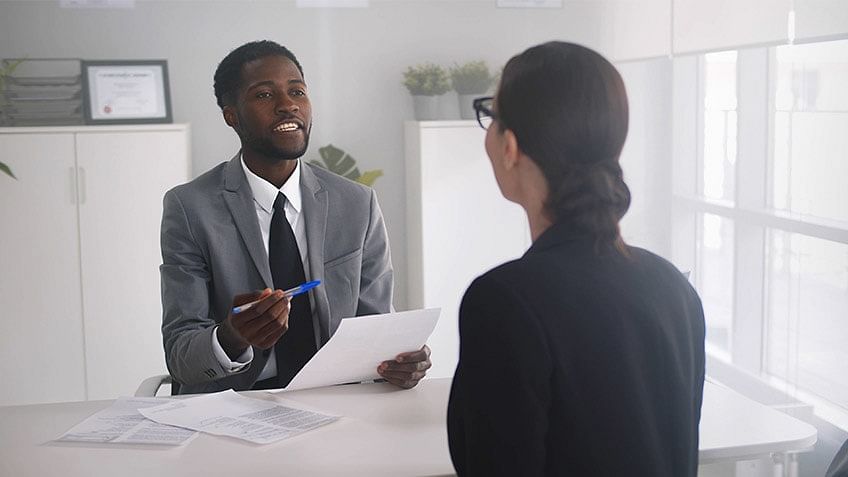 Web applications and websites are increasing in every industry, and CSS is essential to build attractive websites. Currently, there is a tremendous demand for web developers who have a good knowledge of HTML and CSS. To build a career in web designing, candidates need to crack interviews where they ask CSS interview questions.

Let us begin with the basic CSS interview questions!

2. What do you understand by the universal sector?

A universal selector is a selector that matches any element type's name instead of selecting elements of a particular type.

3. Tell us about the use of the ruleset.

The ruleset is used for the identification of selectors, which can be attached with other selectors. The two parts of a ruleset are:

4. What are the elements of the CSS Box Model?

5. Differentiate between CSS3 and CSS2.

The main difference between CSS3 and CSS2 is that CSS divides different sections into modules and supports many browsers. It also contains new General Sibling Combinators responsible for matching similar elements.

6. How can CSS be integrated into an HTML page?

There are three ways of integrating CSS into HTML: using style tags in the head section, using inline-styling, writing CSS in a separate file, and linking into the HTML page by the link tag.

7. Explain a few advantages of CSS.

With CSS, different documents can be controlled using a single site, styles can be grouped in complex situations using selectors and grouping methods, and multiple HTML elements can have classes.

8. What is meant by RGB stream?

RGB represents colors in CSS. The three streams are namely Red, Green, and Blue. The intensity of colors is represented using numbers 0 to 256. This allows CSS to have a spectrum of visible colors.

9. What was the purpose of developing CSS?

CSS was developed to define the visual appearances of websites. It allows developers to separate the structure and content of a website that was not possible before.

10. What is the difference between a class and an ID?

Ans. Class is a way of using HTML elements for styling. They are not unique and have multiple elements. Whereas ID is unique and it can be assigned to a single element.

In the next section, let us learn some intermediate level CSS interview questions!

This is one of the most frequently asked CSS interview questions. Z-index is used to specify the stack order of elements that overlap each other. Its default value is zero and can take both negative and positive values. A higher z-index value is stacked above the lower index element. It takes the following values- auto, number, initial, and inherit.

2. What are the benefits of CSS Sprites?

With CSS sprites, loading multiple images is not an issue.

3. How can you target h3 and h2 with the same styling?

Multiple elements can be targeted by separating with a comma:

The different media types allowed by CSS are:

5. How can you use CSS to control image repetition?

The background-repeat property is used to control the image. Example:

6. Tell us about the property used for image scroll controlling?

The background-attachment property is used to set whether the background image is fixed or it scrolls with the rest of the page. Example for a fixed background-image:

In CSS, contextual selectors allow developers to specify styles of different parts of the document. Styles can be assigned directly to specific HTML tags or create independent classes and assign tags to them.

Responsive Design is a web page creation approach that uses flexible images, flexible layouts, and CSS media queries. This design approach aims to build web pages that detect the orientation and screen size of the visitors so that the layout can be changed accordingly.

10. Tell us about the general CSS nomenclature.

In CSS, the styling commands are written in value and property fashion. CSS includes a system terminator- semicolon. The entire style is wrapped in curly braces and attached to the selector. This creates a style sheet that can be applied to an HTML page.

1. When should you use translate () instead of absolute positioning?

Translate is a CSS transform value. On changing opacity or transform, browser reflow or repaint is not triggered. Transform requires the browser to create a GPU layer for elements but using the CPU changes absolutes positioning properties. Translate () is more efficient and results in shorter paint times. On using translate (), element occupies original space, unlike in changing absolute positioning.

2. Name different ways to position some aspects in CSS.

The positioning property specifies the positioning method type. The five different position values are fixed, static, absolute, sticky, and relative. The elements are positioned using top, left, right, and bottom properties. These properties need to be set first, and they work depending on position value.

A mixin is similar to a function block of code returning a single value—mixin output lines of Sass code that directly compiles into CSS styles. At the same time, the function returns a value that becomes the value for a CSS property or something that can be passed to another mixin.

4. How can you optimize the webpage for prints?

Identify and control 'content areas' of the website. A website generally has a footer, header, sidebar, navbar, and main content area. Most of the work is done by controlling the content area. So, conquer print media without changing the website's integrity by using page breaks, creating a stylesheet for print, size your page for print, and avoid unnecessary HTML tables.

5. What is meant by CSS working under the hood?

When a browser displays a document, it combines style information and document content. The document is processed in two stages:

6. Differentiate between the use of ID selector and class selector.

7. Tell us about CSS float property.

The float property of CSS positions an image to the right or left as needed, including text wrapping around it. All properties of elements used before it remain unchanged.

8. What do you understand by pseudo-elements?

Pseudo-elements provide special effects to some selectors. CSS finds use in applying styles in HTML markups. If additional markup or style is not feasible for a document, the pseudo-elements help by allowing extra markup without interfering with the original document.

9. Differentiate between logical and physical tags.

The four types of media properties are print, speech, and screen. Example of using print-media type:

In this last section, we look at the most frequently asked CSS interview questions!

1. Tell us something about CSS3.

CSS3 is divided into modules and is supported by almost every browser. Many graphics-related characteristics are introduced in CSS3 like box-shadow, Border-radius, and flexbox. A user can create precise multiple background images using properties like background-position, background-repeat, and background-image styles.

2. How is a CSS selector used?

With a CSS selector, we can choose the content we want to style to bridge between HTML files and style sheets. CSS selector syntax is "select" HTML elements created on their class, id, type, etc.

3. What are CSS image scripts?

A group of images placed into one image is a CSS image script. It can reduce load time and project multiple images into a single web page.

CSS specificity is a rank or score that decides style declaration to be used to an element. ID selectors have high specificity, while universal selector * has low specificity. The four CSS categories that authorize the selector's specificity level are IDs, inline style, elements/pseudo-elements, and classes and attributes.

A property of CSS that allows displaying smooth transformation between two or more specified colors. The types of gradients are linear and radial.

6. What are the properties of flexbox?

7. Tell us about the use of the CSS Box Model.

The CSS Box model is a box binding HTML element that includes padding, border, margin, and the actual content. With the box model, we get the authority to add a border all around elements and define space between elements.

8. What are the position states in CSS?

The four-position states in CSS are relative, static, absolute, and fixed. The default position state is static.

9. Differentiate between absolute and relative in CSS.

10. What is common between class and ID?

Both class and ID are used in HTML to assign a value from CSS. The ID is used as an element, whereas the class is used as a block.

With this, we conclude our CSS interview questions article, and there is a high probability that your interviewer asks you these questions. Be thorough with your answers. You can also check HTML-CSS training for your preparation. If you are however looking for a comprehensive learning in full stack development,  you should definitely check out our Post Graduate Program in Full Stack Web Development in collaboration with Caltech CTME. This online coding bootcamp offers applied industry-ready training in all the skills, tools, and languages you need to learn to become a successful full stack developer and accelerate your web development journey. Good luck!