What Is Nmap? A Comprehensive Tutorial For Network Mapping

Lesson 24 of 32By Simplilearn 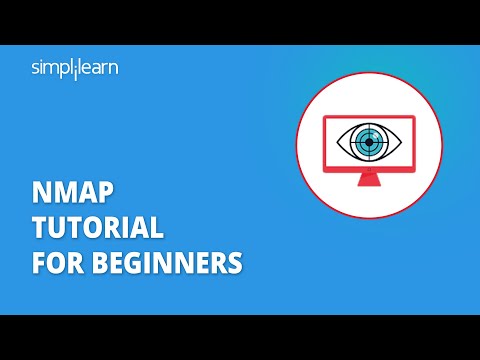 With ethical hacking and penetration testing becoming mainstream in corporate environments, trained personnel and appropriate equipment are in high demand. The proper software framework can be the tipping point in a hacking campaign dealing with intricate hardware. One such tool that has been a mainstay for decades is Nmap. When it comes to scanning machines for open ports and services, Nmap has always been the first choice for hackers. So today, you will get the answer to the question ‘what is Nmap’ and introduce budding ethical hackers to their first network mapping tutorial.

There are five distinct phases in an ethical hacking campaign.

According to the hacking flow, Nmap finds the most value in the first two stages, where reconnaissance and scanning gather information about the target.

Now that you understand where Nmap is most used, you will look at what is Nmap from a layman’s perspective.

Nmap, the acronym for  Network Mapper, is an open-source security auditing and network scanning software designed by Gordon Lyon. It is developed in such a way that it can quickly analyze massive networks as well as single hosts. Network administrators often use it to detect the devices that are presently working on the system, the port number to which the devices are attached, and the free ports that may be used.

Nmap becomes helpful while performing network penetration testing. It not only gives network information but also assists in discovering security issues in the system. Nmap is platform-agnostic and may be run on various standard operating systems, including Linux, Windows, macOS, and BSD. It is straightforward to use and includes both a command-line interface(CLI) and a graphical user interface(GUI).

Some of the tasks that nmap can carry out are-

Now that you have an idea about what is Nmap, understand how Nmap works during the penetration testing process.

Scanning networks is a three-step process, with Nmap carrying out the first two and leaving the ethical hacker for the third. So, you will cover these phases sequentially.

In our next section of this tutorial on what is Nmap, you will cover the variety of scans that can be run on Nmap, with each serving a distinct purpose.

Network administrators and security investigators can use various free network monitoring tools and open-source vulnerability scanners. Nmap's versatility and capability make it a must-know tool for IT and network management.

Others exist, although most focus on delivering specific features that the typical system administrator does not need. MASSCAN, for example, is quicker than Nmap but less detailed. Nmap has all the features and speed that the ordinary user needs, especially when paired with other popular programs like NetCat (for network traffic management) and ZenMap (a GUI for Nmap). Nmap is still the best all-around network scanning option for ethical hackers.

With the theoretical parts covered, go through a demonstration of Nmap scans and the results you receive from such scenarios.

With this, you have reached the end of the tutorial on what is Nmap.

In this tutorial on what is Nmap, you learn how network mappers work and their various applications in the penetration testing industry. You covered the variety of scans that can be performed while ensuring viable alternatives and live demonstrations are accounted for before ending our tutorial. However, Nmap is just a single tool, with many such concepts being the backbone of ethical hacking communities.

Simplilearn provides a Post Graduate Program in Cyber Security that includes all of the topics essential for new and seasoned ethical hackers to become proficient. To prepare students for interviews and potential corporate careers, where they teach topics like network sniffing, enumeration, and risk evaluation. Because the information technology sector needs experienced cybersecurity workers, now is the time to begin learning about ethical hacking.

Do you have any queries or doubts regarding what is Nmap? Kindly share your thoughts and questions in the comment space provided below, and we will answer with solutions.