Lesson 2 of 14By Nikita Duggal 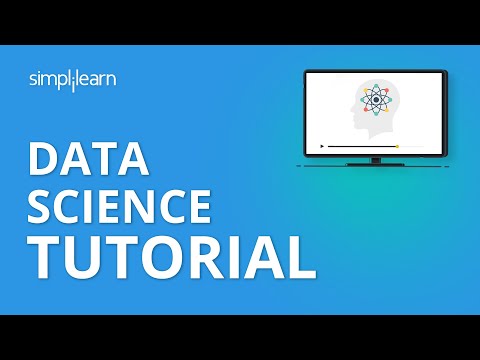 Plainly stated, data science involves extracting knowledge from data you gather using different methodologies. As a data scientist, you take a complex business problem, compile research from it, creating it into data, then use that data to solve the problem.  What does this mean for you and how and where do you start?

All you need is a clear, deep understanding of a business’ domain and a lot of creativity – which, undoubtedly, you have. A significant area of interest in data science concerns fraud, especially internet fraud. Here, data scientists create algorithms to detect fraud and prevent it by using their skills. And this introduction to data science tutorial is where you can start!

What Does a Data Scientist Do?

Data Scientists work in a variety of fields. Each is crucial to finding solutions to problems and requires specific knowledge. These fields include data acquisition, preparation, mining and modeling, and model maintenance. Data scientists take raw data, turn it into a goldmine of information with the help of machine learning algorithms that answer questions for businesses seeking solutions to their queries. Each of the field is explained in this introduction to data science tutorial, starting with,

As you can see, data science is a complex process of various steps taking massive effort to achieve continuous, excellent results.

Now that you understand what a data scientist does, let’s look at a few examples of data science at work in the next section of the data science tutorial.

Data science uses its raw data to help solve problems. In each of these two cases, data helped solve a question plaguing people – in the first, a bank needed to understand why customers were leaving, this example focuses on data mining using Tableau. In the second, curiosity existed about what countries had the highest happiness rates, this example focuses on model building. Without data science, the answers couldn’t be found.

Example One: Customer Exit Rate at a Bank

Here, a bank is doing a bit of data cleaning using Python. The customer loads a CSV file and discovers missing values in some subsets, such as the geography field. In this case, the data scientist needs to fill in the empty values with something to even out the data set, so the data is filled in with the “mean” score by writing a piece of code to do so. Otherwise, statistical data won’t work.

A data scientist can take other steps when data is missing, however. For example, one could drop the entire row – but that’s quite drastic and may skew the results of the study.

After the data is cleaned, the data scientist is ready to use the data for data mining.

Now, the data scientist uses Tableau to look at the exit rate of the bank’s customers based on gender, credit card holding and geography to see if these are affecting that rate.

Once you’ve completed the introduction to data science tutorial, it’s time to enrol in the Data Science Certification Course and validate your skillset!

Tableau uses a drag-and-drop system to analyze data, so, to analyze gender first, the data scientist puts “Exited” into the “Dimensions” section of Tableau and “Gender” into its “Measures” section.

Then, a bar graph shows the percentages of the values. The data reveals a difference between females and males.

As a result, the study shows that the bank should consider the gender and location of its customers when analyzing how it can better retain them. Thanks to data science, then, the bank learns important information about client behavior. In the next section of the introduction to data science tutorial let’s look at some of the practical data science applications and examples.

To do this, one first must ascribe values. In this case, they are happiness rank, happiness value, country, region, economy, family, health, freedom, trust, generosity and dystopian residual. Not all need to be used, but some must be to make and train the model.

Using Python, the data scientist imports libraries such as pandas, numpys, and sklearns. Data is imported as CSV files from the years 2015, 2016 and 2017. Next, the scientist can concatenate the three data or build one model for each CSV. Ultimately, the head() shows the top countries with the highest happiness score.

Plots and graphs arise in Python to show which countries are the happiest and which are less happy. A scatterplot shows the correlation between happiness rank and happiness score; it’s inversely correlated. More plots show that they convey the same message, so the happiness rank score can be dropped.

As the data finishes processing, it’s possible to remove the country names and plot out the most important factors that determine world happiness. The top one, as you might imagine, is the happiness score. From the analysis, the second most important element is the economy, then family and health. Thanks to the highly detailed workings of Python’s multiple linear regression model building, we can now predict world happiness! Hoorah!

As we’ve shown, then, Data Science with Python Certification can help achieve even the loftiest sounding data analysis.

We know – we’ve piqued your interest, right? You’re undoubtedly eager to learn more after reading this introduction to data science tutorial. We offer many courses in Data Science, such as a Data Science Certification Course and PG in Data Science. Take a look at all our Data Science and Business Analytics courses and choose the one(s) that are right for you, and master data science in no time.