Lesson 4 of 18By Simplilearn 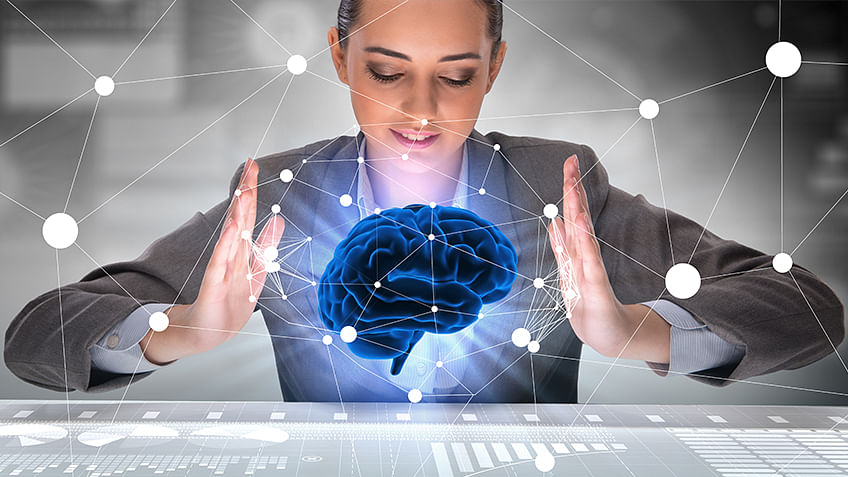 Have you ever been curious about how Google Assistant or Apple’s Siri follow your instructions? Do you see advertisements for products you earlier searched for on e-commerce websites? If you have wondered how this all comes together, Artificial Intelligence (AI) works on the backend to offer you a rich customer experience. And it is Artificial Neural Networks (ANN) that form the key to train machines to respond to instructions the way humans do.

A Brief History of AI

The human brain is the most complex organ in the human body. It helps us think, understand, and make decisions. The secret behind its power is a neuron.

Ever since the 1950s, scientists have been trying to mimic the functioning of a neuron and use it to make smarter and better robots. After a lot of trial and error, humans finally created a computer that could recognize human speech. It was only after the year 2000 that people were able to master deep learning (a subset of AI) that was able to see and distinguish between various images and videos.

Before we take a detailed look at what constitutes a neural network, let’s get a refresher on the concept of deep learning.

What Is Deep Learning?

Deep learning is a machine learning subset that makes computers do what comes naturally to humans: learn by example.

Machines get trained with images as examples, a process very different from hardwiring a computer program to recognize something and learn. You don't control how it knows; you control the aspects that go into it. The computer identifies the object based on the images fed earlier.

Scientists built a synthetic form of a biological neuron that powers any deep learning-based machine.

So, what is a neural network?

These receive information or signals from other neurons that get connected to it.

Information processing happens in a cell body. These take in all the information coming from the different dendrites and process that information.

It sends the output signal to another neuron for the flow of information. Here, each of the flanges connects to the dendrite or the hairs on the next one.

The image shown below depicts an ANN.

The network starts with an input layer that receives input in data form.

Looking at the above two images, you can observe how an ANN replicates a biological neuron.

The Architecture of a Neural Network

Have you ever asked Siri a question? The device answers accurately. Let’s take a closer look and see how the virtual assistant accomplishes this feat of speech recognition.

There are five recognized types of neural networks.

Consider, for instance, the neural network shown below, an example of a single-layer recurrent network:

There are input, hidden, and output layers on the network. But, first, the network needs to recognize the sentence: What is the time?

Here, each word comes in as a pattern of sound. Then, the sentence gets sampled into discrete sound waves.

Let's consider the first word: What

You can see the waveform is split based on every letter. Now we will split the sound wave for the letter W into smaller segments.

The amplitude varies in the sound wave when we analyze the letter 'W,' as shown below.

We collect the values at intervals and form an array. Then, different amplitudes come in for other letters, and we feed the variety of amplitudes to the input layer.

Random weights get assigned to each interconnection between the input and hidden layers.

We always start with the random key, as assigning a preset value to the weights takes a significant amount of time when training the model.

The weights get multiplied with the inputs, and a bias is added to form the transfer function.

Weights get assigned to the interconnection between the hidden layers. The output of the transfer function is fed as an input to the activation function. The work from one hidden layer becomes the input to the next.

The acoustic model contains the statistical representation of each sound that makes a word. So we start building these acoustic models, and as these layers separate them, they'll start learning what the different models represent for other letters.

The lexicon contains the data for different pronunciations of every word. The lexicon is at the end, where we end up with the ABCD, identifying the other letters there.

Finally, we get our output letter. Following the same process for every word and letter, the neural network recognizes the sentence you said or your question.

Note that the terms “acoustic model” and “lexicon” are specific to the domain of understanding speech. When dealing with other input formats, you'll have different labels, but the process remains the same.

ANN outputs aren't limited entirely by inputs and results given to them initially by an expert system. This ability comes in handy for robotics and pattern recognition systems.

This neural network has the potential for high fault tolerance and can debug or diagnose a network on its own. ANN can go through thousands of log files from a company and sort them out. It is currently a tedious task done by administrators, but it will save a significant amount of time, energy, and resources if it can be automated.

Nonlinear systems can find shortcuts to reach computationally expensive solutions. We see this in the banking industry, for example, where they work on a particular Excel spreadsheet, and as time goes by, start building codes around it. In over 20 years, they might create a repertoire of all these functions, and the neural network rapidly comes up with the same answers otherwise done in days, weeks, or even a month, when done by a large bank.

So how do neural networks apply today?

With an enormous number of applications implementations every day, now is the most appropriate time to know about the applications of neural networks, machine learning, and artificial intelligence. Some of them are discussed below:

Neural networks are used to convert handwritten characters into digital characters that a machine can recognize.

The stock exchange is affected by many different factors, making it difficult to track and difficult to understand. However, a neural network can examine many of these factors and predict the prices daily, which would help stockbrokers.

Currently, this operation is still in its initial phases. However, you should know that over three terabytes of data a day are generated from the United States stock exchange alone. That's a lot of data to dig through, and you must sort it out before you start focusing on even a single stock.

This application refers to finding an optimal path to travel between cities in a given area. Neural networks help solve the problem of providing higher revenue at minimal costs. However, the Logistical considerations are enormous, and we must find optimal travel paths for sales professionals moving from town to town.

The idea behind neural network data compression is to store, encrypt, and recreate the actual image again. Therefore, we can optimize the size of our data using image compression neural networks. It is the ideal application to save memory and optimize it.

So, what does the future of neural networks look like?

With the rapid pace that AI and machine learning are being adopted by companies today, we could see more advancements in the applications of neural networks in the foreseeable future. AI and machine learning will offer a wealth of personalized choices for users worldwide. For example, all mobile and web applications try to give you an enhanced customized experience based on your search history, and neural networks can make that possible.

Hyper-intelligent virtual assistants will make life easier. If you have ever used Google assistant, Siri, or any other products, you can see how they're slowly evolving. They may even predict your email responses in the future!

We can also expect intriguing discoveries on algorithms to support learning methods. However, we are just in the infant stage of applying artificial intelligence and neural networks to the real world.

Neural networks will be a lot faster in the future, and neural network tools can get embedded in every design surface. We already have a little mini neural network that plugs into an inexpensive processing board or even into your laptop. Instead of the software, focusing on the hardware would make such devices even faster.

Do You Want a Career in Machine Learning?

The world is wide open for anybody who wants to learn neural networks and explore the field's potential. The more you understand the concepts, the better you can apply them to different areas and turn that knowledge into a promising career.

While the adoption of AI is growing with each passing day, companies worldwide are facing a shortage of IT talent. Simplilearn’s Artificial Intelligence and Machine Learning Bootcamp, delivered in partnership with IBM and featuring masterclasses by Caltech faculty and IBM experts, can help you start a great new career in this exciting and rapidly growing field.

The AI and ML bootcamp covers vital concepts like Statistics, Data Science with Python, Machine Learning, Deep Learning, NLP, and Reinforcement Learning, all designed and perfected to boost your career as an AI and ML professional.