HomeResourcesDevOpsDevOps Tutorial For Beginners: A Step-by-Step GuideKubernetes vs Docker: Know Their Major Differences!

Lesson 5 of 13By Shivam Arora 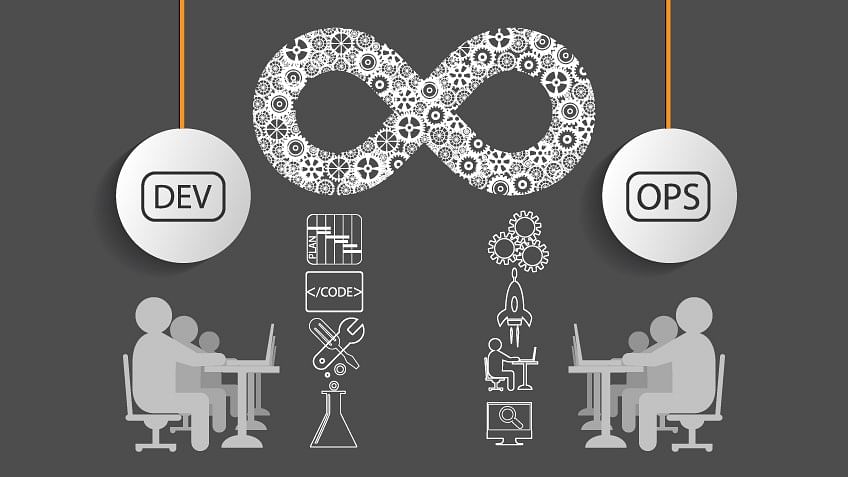 Keeping up with new technologies is more critical than ever for companies, which means that DevOps Engineers are highly sought after—and well-compensated. According to ZipRecruiter, the average salary for a DevOps Engineer in the U.S. is more than $130,000 a year, with some DevOps specialists earning up to $178,000.

Want to enhance your Kubernetes skills and give you credibility in the field? Then enroll for the Certified Kubernetes Administrator (CKA) Certification Training Course

What is a Container?

A container encompasses an entire runtime environment. It’s a bundle that includes not the application but the associated dependencies, libraries, and other configuration files. Containerization is an evolution of virtualization, and containers have several advantages over virtual machines—for example, they are more efficient, using far fewer resources than virtual machines. They’re also lightweight, so one server can host many more containers than virtual machines.

If you’re in the field of information technology and considering container platforms (and who isn’t these days?), you’ll undoubtedly come across the Kubernetes vs Docker debate or a variation of the question “Is Kubernetes better than Docker?” But those are misleading because although Kubernetes and Docker are both highly popular container-related solutions, they aren’t used for the same things and aren’t in competition. They’re often used together. Let’s dive in.

Kubernetes is an open-source container management tool, also called a container orchestration tool. It’s used for things like automating container deployment and scaling and descaling containers. It is not a containerization platform but rather a tool used on a containerization platform. Why would you even need a content management tool? Well, consider that you’re probably not going to be working with just one or two containers. More likely, you’ll have dozens or hundreds of them—and you’ll need some way to manage them. That’s where Kubernetes comes in. This tool, introduced by Google in 2014 and widely considered the most popular of its type right now, is offered on many public clouds—perhaps most notably on Amazon Web Services (AWS).

So you want to use Kubernetes to automate and scale all of your container scheduling and deployment instead of having to script each task individually, thus saving you a huge amount of work and stress. Now you’ll need a platform to package up your application with its dependencies—that is, create the containers that Kubernetes will automate. That’s where Docker comes in, as Docker is a containerization platform. It’s open-source (like Kubernetes), and the technology has taken off since Docker, Inc. introduced it in 2013. Lyft, Uber, eBay, and PayPal are just a few of the companies that use Docker, according to Contino.

Both Kubernetes and Docker Swarm are open-source container orchestration tools—meaning we’re now comparing apples to apples instead of apples too, say, apple trees—and both are major players in the container ecosystem. But they have some fundamental differences in how they’re set up and how they operate. Before we discuss the ins and outs of Kubernetes vs Docker Swarm, you should know that Docker Swarm, often just called Swarm, is the native clustering engine by and for the Docker platform. Because Docker Swarm can turn a group of hosts into a single virtual host, it’s especially handy if you want to keep deployment simple. Kubernetes, on the other hand, are generally considered more complicated (but it can also meet more complex/higher demands).

Here’s a basic breakdown of the significant differences between Kubernetes vs Docker Swarm.

So what’s the verdict in the Kubernetes vs Docker debate? The answer, as you’ve probably guessed by now, is that it depends on your specific needs and skill set. If you’re a beginner to containerization and your needs are minimal, it’s hard to beat the simplicity of Swarm. But if you’re more experienced, if your containers are going to be highly complex, if you may need to utilize rollback quite a bit, or if stability is a high priority, Kubernetes is the way to go.

Simplilearn's DevOps Engineer Masters Program and the Post Graduate Program in DevOps in collaboration with Caltech CTME helps you develop the vital skills required to become a DevOps Expert. You will master configuration management, continuous integration and continuous deployment, continuous delivery, and continuous monitoring using DevOps tools such as Git, Docker, Chef, Jenkins, Puppet, and Nagios in a practical, hands-on, and interactive approach.