HomeResourcesDevOpsDevOps Tutorial For Beginners: A Step-by-Step GuideWhat is Version Control and What Are Its Benefits?

Lesson 4 of 13By Ishan Gaba 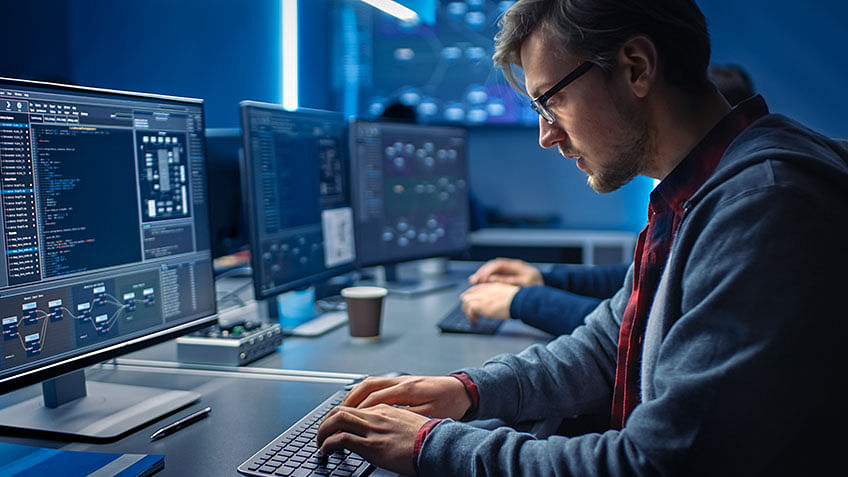 Any multinational company may face several problems like collaboration among employees, storing several versions of files being made, and data backing up. All these challenges are essential to be resolved for a company to be successful. This is when a Version Control System comes into the picture. In this tutorial, we shall learn the basics of that system along with its benefits.

Before we get into Version Control's details, let's first understand its relevance by taking an example under consideration.

Imagine there is a multinational company that has offices and employees all around the globe. No matter how big or small a company is, it indeed has some obstacles in its way. Some of the significant challenges faced by such companies are:

There are so many people located at different places, there may be a need to communicate for a particular reason, or a set of people are working on the same project but from other regions.

The project is completed into several versions; in that situation, keeping all such commits in a single place is a considerable challenge.

Sometimes, there is a need to go back to the earlier versions to find the bug's root cause.

Figure Out What Happened

It is critical to know what changes were made to the previous versions of the source code or where exactly the changes have been made in a file.

If the system or disk of the user breaks down and there is no backup, then all the efforts go in vain.

Version Control to the rescue!

The Version Control System makes it possible for multinational companies to collaborate between its employees and help in having back-ups on the remote repository. The system will make it possible for developers to roll back to the previous commits and the source code's last version if needed.

What Is Version Control?

As the name Version Control suggests, it is a system that records changes made to a file or a set of files. The system refers to the category of software tools that make it possible for the software team to look after the source code changes whenever needed. The system records all the made changes to a file so a specific version may be rolled if required in the future.

Let's try to understand the process with the help of this diagram:

There are 3 workstations or three different developers at three other locations, and there's one repository acting as a server. The work stations are using that repository either for the process of committing or updating the tasks.

This makes it easy for any developer to access the task being done using the repository. If any specific developer's system breaks down, then the work won't stop, as there will be a copy of the source code in the central repository.

Next, let's understand the benefits of Version Control.

Managing and Protecting the Source Code

The Version Control System helps manage the source code for the software team by keeping track of all the code modifications. It also protects the source code from any unintended human error and consequences.

Keeping Track of All the Modifications Made to the Code

The team working on the project continuously produces new source codes and keeps making amendments to the existing code. These changes are recorded for future references and can be used if ever needed in the future to discover the root cause of any particular problem.

Comparing Earlier Versions of the Code

Supports the Developers’ Workflow and Not any Rigid Way of Working

Any suitable Version Control software will not impose any particular way of working. The Version Control Systems are known to provide a smooth and continuous flow of changes made to the code and prevent developers from getting frustrated in this clumsy mechanism.

Finally, let's have a look at some of the best Version Control Systems in the market.

Enroll for the DevOps Training Course and gain expertise in several aspects of the delivery model using DevOps tools like Docker, Jenkins, and more.

Do you have any queries that you’d like us to answer? Reach out to us in the comment section of this article and our experts look into them to provide answers as soon as possible.