Why Devops Is Important - Explore The Key Benefits

Lesson 2 of 13By Nikita Duggal 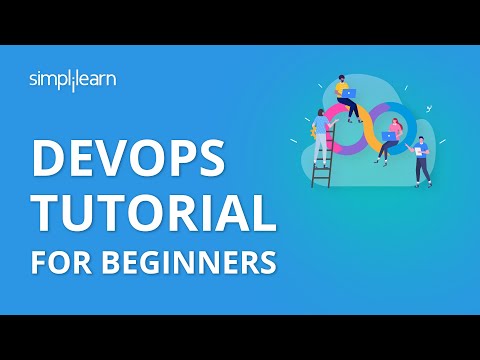 DevOps has become the gold standard in modern IT, but it means different things to different people. What exactly is DevOps, and why has the demand for it increased so fast? DevOps is a collaboration between development and operation teams, which enables continuous delivery of applications and services to our end users. What makes DevOps stand out? Why is it chosen over the traditional method, and for what reasons? Let’s go over DevOps fundamentals, understand why DevOps, and some of the tools why DevOps engineers are using today.

Before we get deep into what DevOps is and all the revolutions it brought with us, first understand why DevOps in the first place.  and Before DevOps, there were two development models: Waterfall and Agile Method.

The waterfall model is the first model to be introduced in software development. It is a sequential process and very easy to understand. In this approach, software development is divided into several phases, and the output of one phase becomes the input for the next phase. This model is similar to a waterfall when the water flows off from the cliff; it cannot go back to its previous state.

The phases are; Requirements, Design, Implementation, Verification, and Maintenance.

Drawbacks of the waterfall model:

From the figure below, we can see the issues with the waterfall model:

Agile is an approach in software development where each project splits into multiple iterations. As a result, at the end of each iteration, a software product is delivered. Each iteration lasts about one to three weeks. Every iteration involves functional teams working simultaneously on various areas, such as:

The figure below indicates that there can be a number of iterations needed to deliver a final product in agile method.

Using the agile method, the code that works for the developer may not work for the operations team.

So how can this issue be solved?

With DevOps, there is continuous integration between deployment of code and the testing of it. Near real-time monitoring and immediate feedback through a DevOps continuous monitoring tool enables both the developer and operations team work together.

The figure below shows how well the software is handled using DevOps.

DevOps is a collaboration between development and operation teams, which enables continuous delivery of applications and services to our end users.

Now that you know why DevOps and what is it exactly, we will learn all about the DevOps Lifecycle which will give you a clarit on why devops, that is divided into six different phases which will give a clear idea on why Devops:

After why DevOps and it’s lifecycle, let us look at the various tools used in DevOps.

In this demo, we are going to validate if we have Git running on our computer. We are then going to create a directory, add a file to that directory, make some changes and finally use the commit command to check the files and validate them.

1. Check if Git is installed using the following command:

3. Validate if the “green” folder has been created by going and checking in the location.

4. Add the folder as a part of a Git project using the command:

This creates a git repository

5. Create a text file called “class” in the new initialized folder. Open the text file and type in “Welcome to Simplilearn”. Save and close.

6. Check the status of the file on Git:

8. Go to class.txt and make some changes. In this case, change the text to “This is my Demo!” Then, save and close.

9. Compare between the original file and a new file with updates:

This will display the original file text and new update text.

This one best example of Why Devpos.

The above figure indicates Maven’s architecture.

In this demo, we are going to learn how to run a project on Maven.

3. Set a number of system variables for the JDK path

4. Set system path to the Maven folder using the same steps above

5. Validate that all files have been extracted correctly

6. Open the command prompt and type in the following:

8. Open the command prompt to see if Maven is installed:

9. Go into the Maven folder, create a new directory, call it Simplilearn and copy its path

12. Go to the Simplilearn folder and make sure all the necessary files are there

Selenium is an open-source automation tool that is used to test web applications, mainly for regression and functional testing. Regression testing is the process to make sure that the older programming still works with the new changes. Functional testing ensures that the application has adequately satisfied the requirements.

In this demo, we are going to set up Selenium.

1. Check if the right version of Java is installed. Open the command prompt and type “java”

If Java is not installed, download it from: “https://www.oracle.com/technetwork/java/javase/downloads/index.html”

Jenkins is an open-source continuous integration tool. It helps to automate continuous development, testing, and deployment of newly created codes.

In this demo, we are going to install Jenkins.

1. Check if Java is installed

3. After installation, go to web browser and type “localhost:8080”, which navigates to the Jenkins dashboard

6. Under console output, we can see the output

9. Under console output we can see the output

Docker is an OS-level virtualization software platform that enables developers and IT administrators to create, deploy and run applications and all their dependencies in a Docker container. A Docker Container is an executable package of an application and its dependencies together.

In this demo, we are going to install and run Docker.

3. To check how many Docker images are present in the system:

4. To get an image from the Docker hub:

5. To check if the image has been added to Docker”

6. To check if any other images are running:

8. To view all running containers:

9. To rename a container:

Ansible is a configuration management tool allowing applications to be deployed automatically in a variety of environments.

In this demo, we are going to install and run Ansible into our system using a Linux environment.

3. Go to node Linux machine, click on Mozilla Firefox web browser and see the default web page with the word “welcome” in it.

4. Go to master Linux machine and see the playbook content that has “welcome” in it.

Nagios is an open-source tool that is used to monitor systems, servers, networks, and storage infrastructure.

Are you skilled enough with the DevOps tools and concepts? Try answering these DevOps Exam Questions and find out yourself.

In this demo, we learn how to set up Nagios, and the dashboard now helps to monitor your network.

1. Go to “https://www.nagios.com/”. You can either download the application or log in as an administrator or a normal user.

2. On the dashboard, there are three distinct areas: the fixed sources, alert summary, and abnormal behavior

3. You can set up additional sources, generate reports, check the status of alerts and create queries

The warning threshold is: 34

The critical threshold is: 50

Default is email, but you can choose between Nagios, SNMP Traps and Commands

We hope now you know all about why DevOps and what is DevOps, tools, its benefits and the DevOps lifecycle. You learned about some of the most important tools used in DevOps, details about the architecture of each, and how to use them in a practical example. If this why DevOps tutorial intrigued your interest in this field, and you wish tos scale up your career in this booming field, you must check out our DevOps Certification Training Course today. This why devops tutorial will help you to choose Devops.