HomeResourcesDevOpsDocker Tutorial: A Step by Step Tutorial for BeginnersTop Docker Commands Tutorial: All You Need To Know

Top Docker Commands Tutorial: All You Need To Know 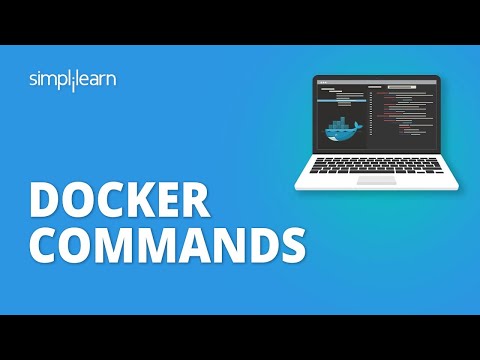 The famous global researcher Gartner predicts that by 2023, more than 50 percent of companies will be adopting Docker containers in production. However, a serverless container like Docker will have the revenue from a small base of $465.8 million in 2020, to reach $944 million in 2024.

That was all about the demand for Docker in the market.

In this tutorial, we will be discussing the Top Docker Commands that a developer uses frequently while working with the Docker tool.

Docker is a configuration management tool that helps a developer to wrap an application and its dependencies into a Docker Container for the development and deployment of software.

Moving forward, let’s discuss the top Docker commands that are widely used by the developers.

Delete an image from the docker image

Mentioned below are the necessary commands for working with Docker container images.

The following commands show how to share command in Docker.

The following code shows the general command in Docker.

Below you will find all the frequently used Docker Swarm commands.

Below you will find all the frequently used Docker Compose commands.

That was all the basics about Docker Commands.

If you are interested in gaining in-depth knowledge of the Docker tool, Simplilearn can definitely help you. The Docker In-Depth Training Course will help you learn all the basic and advanced concepts of Docker. With this certification, you will gain hands-on experience on how to create flexible application environments with Docker.

Do you have any doubts about this topic? Please feel free to place your questions in the comments section of this Docker Commands tutorial and our experts will get back to you at the earliest!