Lesson 7 of 11By Simplilearn 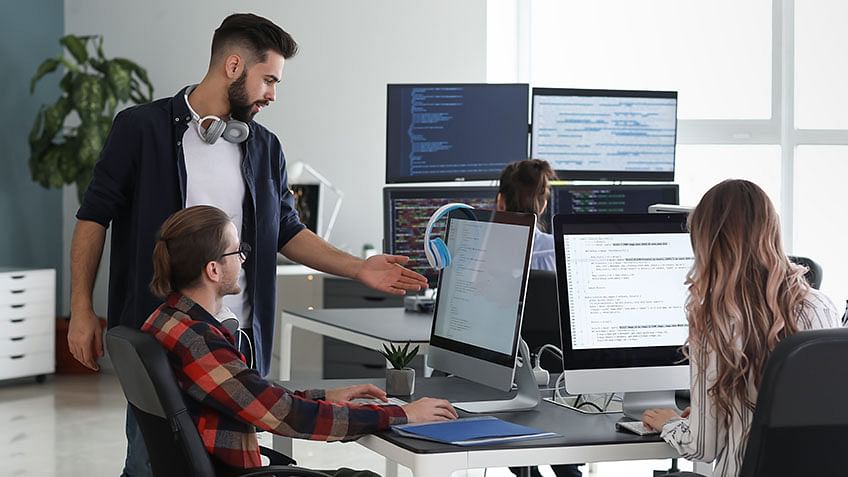 Git is one of the most popular source-control systems that enable software development professionals in all industries, enabling multiple team members to work concurrently on projects. Since many users are simultaneously working from different places on the same file, however, you may end up with a merge conflict. This article explains the basics of Git merge conflicts and one of the advanced operations of Git: resolving a Git merge conflict.

First, we’ll go over the basics of Git.

A distributed version control system enables multiple developers to work in parallel with each other without any code conflicts. Git enables developers to revert and go back to an older version of the code whenever necessary.

Git helps both developers and non-tech professionals by keeping track of their project files. It makes it easier for multiple individuals to work together, and it plays an extremely significant role in big projects that involve large teams.

What is a Git Merge Conflict?

A merge conflict is an event that takes place when Git is unable to automatically resolve differences in code between two commits. Git can merge the changes automatically only if the commits are on different lines or branches.

The following is an example of how a Git merge conflict works:

Now that we have gone through the basics of the Git merge conflict, let’s look at the various types of conflicts next.

There are two points when a merge can enter a conflicted state:

If there are changes in the working directory’s stage area for the current project, merging won’t start.

In this case, conflicts happen due to pending changes that need to be stabilized using different Git commands.

2. During the Merge Process

The failure during the merge process indicates that there is a conflict between the local branch and the branch being merged.

In this case, Git resolves as much as possible, but there are things that have to be resolved manually in the conflicted files.

We will now go over resolving merge conflicts in Git.

There are a few steps that could reduce the steps needed to resolve merge conflicts in Git.

Let us now look into the Git commands that may play a significant role in resolving conflicts.

The git checkout command is used to undo the changes made to the file, or for changing branches

Add the remote address in the A repository:

The next step is to pull all the changes in the central repository to the local repository.

Follow the same process to add the origin in the B repository.

The pull command is executed again to retrieve all the content from the remote repository and move it to the local repository.

Let's get back to the A repository.

In the A repository, a readme file is opened in order to make various changes.

Make the necessary changes in the file, and then save it.

The git status command is then executed in order to see the reflected changes.

The next step is to add these changes to the staging area and commit them.

After the commit is finished, the changed file is pushed to the remote repository.

Now, return to the B repository.

Make changes to the file, save it, and close it. After that, add the changed file and commit it.

The next step is to push the file to the remote repository.

An error is shown, meaning that the updates are rejected.

Next, we need to execute:

Currently, there are visible conflicts that need to be resolved manually.

After managing this conflict manually, we will open the merge tool.

After we input this command, all of the files will be processed.

These are all the processes and the modifications done in the file.

You can see three different files there, and you can see everything that was added or removed.

After scrolling, you can verify where exactly the conflict happened.

You can then decide if you want to continue with this particular file or not. I will proceed with removing that line.

Manual modifications have allowed us to resolve file conflicts. Save the file and close the final file.

Next, we will run:

Now, when the conflict is resolved, we must be able to push the file to the remote repository.

You can now check the commits in your remote repository.

We hope that this comprehensive tutorial will help you with Git merge conflicts. We went over the basics of the merge conflicts, including the types of merge conflicts and possible explanations for their occurrence. We also provided a detailed example through a step-by-step demo. In the demo, we saw how we can manually resolve merge conflicts.

As we mentioned, Git is a powerful and powerful tool used by companies across the world. That means that qualified professionals are in high demand. If you want to kick start your career, check out Simplilearn's DevOps Certification Course today. In it, you will gain in-depth knowledge of Git and other popular version control systems, and much more.