What is GitLab and How to Use It?

Lesson 10 of 11By Karin Kelley 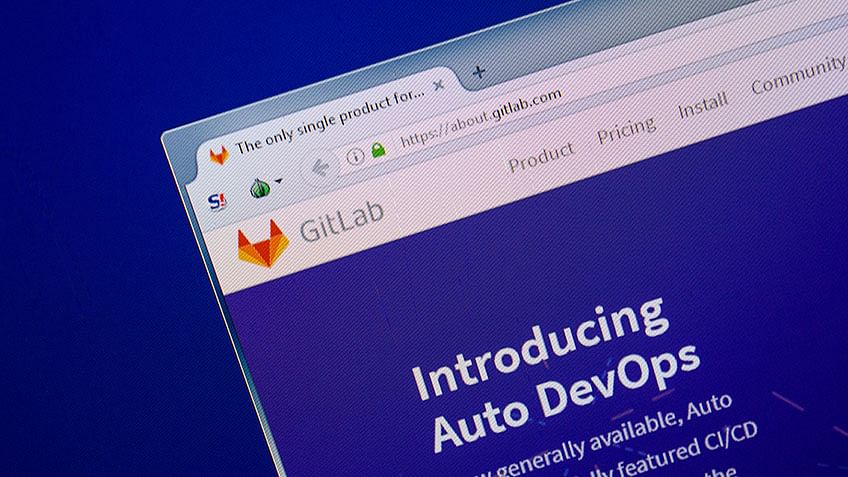 GitLab is one of America's fastest-growing private software companies, posting huge gains in 2021. The company provides a central server that manages Git repositories and is used to simplify the administration tasks of many corporations worldwide. According to Wikipedia, GitLab has over 100,000 users and is used by large, well-known organizations such as IBM, Sony, Goldman Sachs, and NASA.

But before we answer “what is Gitlab,”, let's first gain an understanding of its relevance by looking at a use case.

Goldman Sachs Group, Inc. is a multinational investment bank and financial services company, providing services in investment management, securities, asset management, prime brokerage, and security underwriting. The organization has offices in many major financial centers around the world and operates with over 38,000 employees.

Even huge organizations like Goldman Sachs face unique issues and obstacles. Some of the most significant challenges recently faced by Goldman Sachs were:

GitLab to the rescue!

GitLab helped the engineering teams remove toolchain complexity and accelerate DevOps adoption. It enabled the team to develop an application that allowed Goldman Sachs' developers to manage all efforts with one UI and simplified the administration by employing one centralized instance for all repositories.

Now that you've seen one example of GitLab's applicability, let's focus on its basics. To best grasp GitLab's fundamentals, we must begin by understanding the "Git" part of the name.

Git is a version control system used to track changes in computer files. Git's primary purpose is to manage any changes made in one or more projects over a given period of time. It helps coordinate work among members of a project team and tracks progress over time. Git also helps both programming professionals and non-technical users by monitoring their project files.

Git can handle projects of any size. It allows multiple users to work together without having affecting each other's work.

Now that we have a better understanding of what Git is, let's expand cast our net out further by looking at the hosting repository, GitLab.

GitLab is a web-based Git repository that provides free open and private repositories, issue-following capabilities, and wikis. It is a complete DevOps platform that enables professionals to perform all the tasks in a project—from project planning and source code management to monitoring and security. Additionally, it allows teams to collaborate and build better software.

GitLab helps teams reduce product lifecycles and increase productivity, which in turn creates value for customers. The application doesn't require users to manage authorizations for each tool. If permissions are set once, then everyone in the organization has access to every component.

Customers can opt for the paid version of GitLab if they want to access more functionalities. For example, the Premium version costs $19 per user/month.

What is GitLab: History of GitLab

GitLab was originally a fully free and open-source software distributed under the MIT License. It was split into two distinct versions - GitLab CE (Community Edition) and GitLab EE (Enterprise Edition) in July 2013. GitLab EE was set under a restricted license, but the source code remained publicly visible, whereas the GitLab CE licensing model remained unchanged. In 2017, GitLab announced that their code would become fully open-sourced under an MIT License.

The main benefit of using GitLab is that it allows all the team members to collaborate in every phase of the project. GitLab offers tracking from planning to creation to help developers automate the entire DevOps lifecycle and achieve the best possible results. More and more developers have started to use GitLab because of its wide assortment of features and brick blocks of code availability.

Let's have a look at a demo to better understand the basics of GitLab and its functionality,.

To answer “what is GitLab,” a demo is always helpful.

After logging in, create a new project.

Choose a name, a description, and whether you want it to be private or publicly visible.

For the first step, to configure your user name and email ID.

To configure, use the following commands:

Then, create the first repository.

Now you can navigate to this repository, using the following command:

After navigating to this folder, you will find that the folder is currently empty.

You will notice that something called the "master" appears on the screen. Whenever a Git repository is created for the first time, it creates a branch, and it's called the master.

Navigate to the folder, and find the hidden ".git" folder.

Now, create a notepad for the repository. Later on, you can push that file onto the GitLab repository.

To create a notepad, use the following commands:

Notepad will appear on the screen. Type anything inside it, then save and close it.

The next step is to check the status of the file.

Now, add the file to the staging area with the following command:

The next step is to commit the file. To commit, use the commit command.

Recheck the status of the file.

You'll notice that there are no more commits to be made, as there was a single notepad, and that was committed in the previous step.

Now, it's time to push the notepad onto the GitLab repository.

To accomplish this, go to your GitLab and copy the git remote origin command, as shown below.

After you have done this, go back to your Git Bash and paste the command.

Now use the remote command, followed by the push command, to push the file to the remote repository.

Now go to your GitLab and check to see if there are any additions to the new project you initially created.

You can see that the notepad appears there. You can now open and check the contents of the notepad.

GitLab has a rich reserve of Git repository along with several additional features. Here are some of the key features of GitLab:

GitLab Offers several critical advantages for developers. Here are some of the most important advantages of Gitlab:

Of course, like any other tool available today, GitLab comes with its own share of disadvantages such as:

We hope this tutorial has helped you understand GitLab’s relevance. Through this article, you have learned the basics of Git and its remote repository, GitLab. By the end of this what is GitLab tutorial, you saw how GitLab works, thanks to the hands-on demo.

If you want to kickstart your career in DevOps, check out our DevOps Engineer Master's Program today. In this comprehensive program, you will learn about all the concepts, tools, and techniques to become a certified DevOps professional—a job role that is high-demand in today's fast-paced digital world.