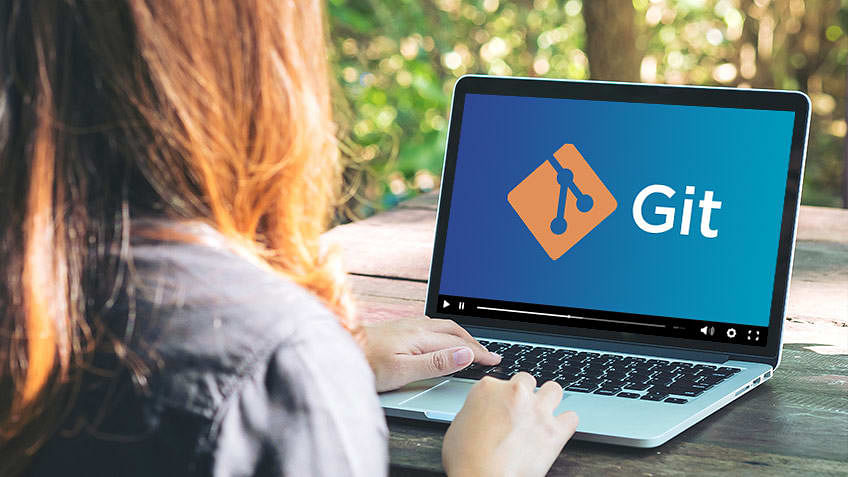 ➤ Git is one of the most prominent DevOps tools used for source code management.

➤ It is a free and open-source version control system used to handle small to very large projects efficiently. Git is used to tracking changes in the source code, enabling multiple developers to work together on non-linear development.

➤ In this Git tutorial, you’ll learn about the workflow of Git, its commands, branches, and various demos. The tutorial will also help you learn about several features of Git like backups, scalability, tracking history, and even help you prepare for a Git interview.

Here are the topics covered in the Git Tutorial:

Git has become an essential part of the DevOps tool that empowers programmers to track and work collaboratively on the same projects. This Git tutorial will help you:

This Git tutorial covers all aspects of functions and features to help programmers leverage the use effectively.

Git has been used by organizations, governments, businesses, professionals, and even startups to manage their code, task allocation, and project management. Here are the main applications of the Git platform.

Git allows hundreds and thousands of developers to work on the same project. It is especially useful for integrating frequent customer feedback in the system and then updating the changes directly in the source code. Almost every top MNC (Microsoft, Amazon, Facebook) has online products' source codes on Git repositories.

Git has become a popular tool for IT experts, organizations, and top corporates to share their code with the developers. Even small and medium IT organizations today are using Git to manage their source code efficiently. Git is also compatible with web standards (HTTP, FTP) to seamlessly manage repositories.

Git is a preferable choice for building real-time web applications and Android applications. With digitization, organizations have transformed their procedures online and offer real-time connectivity. Git, acting as a DevOps tool, allows continuous integration and development to enhance team productivity.

One of the main features of the Git platform is to allow distributive development. Teams from around the work on the same project and perform multiple tasks simultaneously. Git empowers businesses and organizations to work in a collaborative environment.

Several Government organizations use GitHub to build, share, and manage procedures. Thus, it allows other organizations to request the source code and maintain a uniform software development cycle across multiple levels.

Git allows the use of its platform through multiple operating systems such as macOS, Solaris Windows, Red Hat, Fedora, and many other Linux based systems. Git is also used to develop the core Linux kernel and manage code efficiently.

In this Git Tutorial, you will also get to know about various implementation and use cases of large projects benefiting from this collaboration tool.

Who Should Learn Git?

With prevalent DevOps culture in the IT industry globally, Git skills have become the mainstay for the software development field. Especially for programmers, Git is a must-have skill to handle large projects efficiently.

Fresh graduates and interested professionals looking to build a career in the field of Information Technology (IT) should undertake this Git tutorial to know the fundamentals of this advanced tool. Git skills are now part of mandatory job skills for topmost IT hierarchies. Aspirants looking for high-earning potential jobs in top MNCs and corporate profiles can use this Git tutorial to enhance their skills for better future opportunities.

Git is a fully-featured distributive version system for managing changes in the source during the procedure of software development. Easy to learn, understand, and use, Git has become an essential part of the overall DevOps culture.

There are no special skills and experience required for anyone to start using Git in small and medium scale projects. Git tool uses only a few basic commands for creating and managing repositories. Users with little or no experience can learn this tool to scale their career in the right direction.

Especially for professionals interested in building a career in Software development and IT field, this Git tutorial can help you to understand the distributive working environment for working on a large project.

1. What is Git: Features, Command, and Workflow in Git

In this Git tutorial, you will get to know all about this free, open-source tool to handle, track, and efficiently manage files. Git platform is available under the GNU license and used for maintaining past and current variants of web pages, source code, product code, etc.

With more than 40 million users and 100 million repositories, GitHub is one of the widely used programming resources online. GitHub acts as a commercial Git repository hosting service that runs online with a web-based graphical user interface. GitHub has the backing of the largest coding community and gives global exposure to your code. GitHub allows remote team members to work from any location with seamless collaboration.

3. How to Install Git on Windows?

Git is a sophisticated tool for source code management that allows programmers to manage a large number of project files effectively. You can install Git on Windows by downloading the software from the official website. Then, use commands to build a local repository to have seamless connectivity with the server repository. You can learn the basic Git commands to push, pull, and merge to stay on the right path with many developers for completing the project timely.

There is a vast difference between the functionality of Git and GitHub. Git is an open-source, free distributive version tool and completely free to use. Git offers a desktop GUI and server connectivity for developers to work on their local system and then push their code to merge on the remote or central server. G

On the other hand, GitHub is a genuine web-based hosting solution for Git repositories. GitHub provides all the features of Git, along with more collaborative functions such as project management, bug tracking, and support ticket management. Learn the Git tutorial to uncover more!

GitLab enhances team productivity and improves product life cycles to bring forth more value to the customers. GitLab is a comprehensive DevOps platform that allows ease of project management, user permission control, and enjoys more functionalities at a minimal price every month.

Pull command is an essential command in the Git platform. It allows users to fetch and merge their code modifications from the central remote repository to their local repository. 'Git pull' command is a sequence of two commands with 'Git fetch' to get the remote repository, followed by the 'Git merge' to combine multiple commits into a single branch. You can also check the different commands used in the Git Pull procedure in this Git tutorial, along with stepwise instructions to fetch files from the online repository.

8. How to Resolve to Merge Conflict in Git?

In this Git tutorial, you will learn the different ways of merging conflict that emerges in the conflicted Git state. Merge can go into a conflicted state in two conditions. Firstly, when starting the merge process due to the still pending changes in the branches. Secondly, during the merged process, when there are still conflicts between the local and server branches that need to be merged.

This Git tutorial offers a step-by-step guide and top Git interview questions and answers for basic, intermediate, and advanced levels. Prepared by industry experts, these questions will help you understand the different aspects of Git and its practical applications. Especially for software development professionals, Git is an essential part of their job responsibilities and can help them procure topmost positions in the MNCs and corporates.

Git for Your IT Career

Today, Git is one of the most popular distributive version control systems and an essential part of the DevOps culture that organizations are looking to implement in their operations. Git skills are now part of the job description in several IT professional hierarchies. For programmers, especially knowing this DevOps tool is a must. You can know more about Git architecture, fork and clone, collaborators, commands, features, workflow, and merging conflicts in the next lessons to grasp this DevOps tool's fundamentals. This Git tutorial offers several live command usage and demo presentations for building repositories, project management, etc.

You can also enroll in DevOps Engineer Master's program to learn more about the Git fundamentals, and learn principles of continuous development, agility, team collaboration, and using multiple DevOps tools such as Git, Jenkins, Docker, etc.