Lesson 14 of 16By Simplilearn 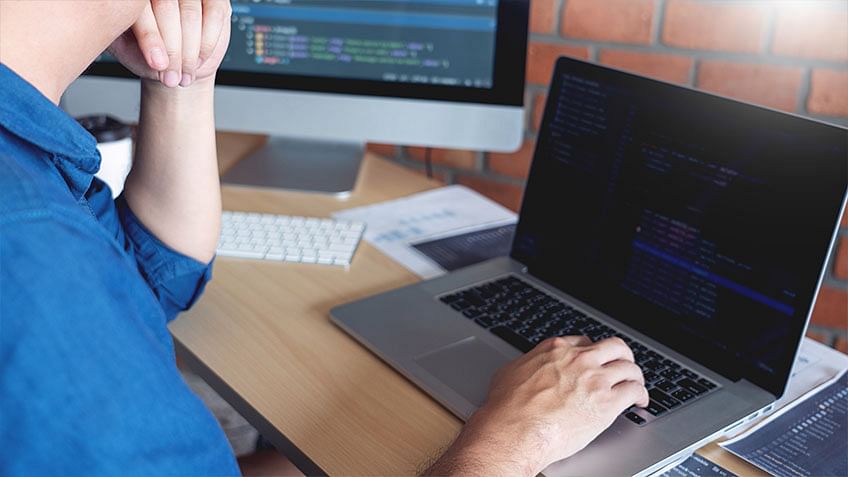 Before 2006, programs were written only on MapReduce using the Java programming language.

Developers had to mind the map, sort shuffle, and reduce fundamentals while creating a program for which they needed common operations such as joining, filtering, and so on. The challenges kept building up while maintaining, optimizing, and extending the code. Consequently, production time increased. Also, data flow in MapReduce was quite rigid, where the output of one task could be used as the input of another. To overcome these issues, Pig was developed in late 2006 by Yahoo researchers. It later became an Apache open-source project. Pig is another language, besides Java, in which MapReduce programs can be written.

What is Pig in Hadoop?

Pig is a scripting platform that runs on Hadoop clusters designed to process and analyze large datasets. Pig is extensible, self-optimizing, and easily programmed.

Programmers can use Pig to write data transformations without knowing Java. Pig uses both structured and unstructured data as input to perform analytics and uses HDFS to store the results.

Yahoo scientists use grid tools to scan through petabytes of data. Many of them write scripts to test a theory or gain deeper insights; however, in the data factory, data may not be in a standardized state. This makes Pig a good option as it supports data with partial or unknown schemas and semi or unstructured data.

There are two major components of the Pig:

The Pig Latin script is a procedural data flow language. It contains syntax and commands that can be applied to implement business logic. Examples of Pig Latin are LOAD and STORE.

The runtime engine is a compiler that produces sequences of MapReduce programs. It uses HDFS to store and retrieve data. It is also used to interact with the Hadoop system (HDFS and MapReduce).

The runtime engine parses, validates, and compiles the script operations into a sequence of MapReduce jobs.

How Pig Works and Stages of Pig Operations

Pig operations can be explained in the following three stages:

In this stage, data is loaded and Pig script is written.

In the second stage, the Pig execution engine Parses and checks the script. If it passes the script optimized and a logical and physical plan is generated for execution.

The job is submitted to Hadoop as a job defined as a MapReduce Task. Pig Monitors the status of the job using Hadoop API and reports to the client.

Stage 3: Execution of the plan

In the final stage, results are dumped on the section or stored in HDFS depending on the user command.

Let us now understand a few salient features of Pig

Developers and analysts like to use Pig as it offers many features. Some of the features are as follows:

The key must be a char array, but the value can be of any type. By default, Pig treats undeclared fields as byte arrays, which are collections of uninterpreted bytes. Pig can infer a field’s type based on the use of operators that expect a certain type of field. It can also use User Defined Functions or UFDs, with a known or explicitly set return type. Furthermore, it can infer the field type based on schema information provided by a LOAD function or explicitly declared using an AS clause. Please note that type conversion is lazy, which means the data type is enforced at the point of execution-only.

Pig Latin has a fully-nestable data model with Atomic values, Tuples, Bags or lists, and Maps. This implies one data type can be nested within another, as shown in the image. Pig Latin Nested Data Model is shown in the following diagram.

The advantage is that this is more natural to programmers than flat Tuples. Also, it avoids expensive joins. Now we will look into different execution modes pig works in.

In the local mode, the Pig engine takes input from the Linux file system and the output is stored in the same file system. Pig Execution local mode is explained below.

In MapReduce mode, the Pig engine directly interacts and executes in HDFS and MapReduce as shown in the diagram given below.

Let us now look into interactive modes of Pig.

The two modes in which a Pig Latin program can be written are Interactive and Batch.

Interactive mode means coding and executing the script, line by line, as shown in the image given below.

In Batch mode, all scripts are coded in a file with the extension .pig and the file is directly executed as shown in the diagram given below.

Since we have already learned about Hive and Impala which works on SQL, let’s now see how Pig is different from SQL.

Given below are some differences between Pig and Sql.

Now that we have gone through the differences between Pig and SQL, let us now understand further with an example.

The illustration given below is an example to help you understand the SQL command and its Pig equivalent command script.

Track customers in Texas who spend more than $2,000.

In Pig, you create two entities, customer and sales‚ where you load equivalent data with the schema. You filter the customers based on location, for example, Texas. Both data are joined using the c_id row. The sum of the amounts of individual c_ids is calculated. Now, isolate those customers who spend more than $2,000. Later, sort the customers in descending order.

In the next section of this Apache Pig tutorial, you will learn how to load and store data in the Pig engine using the command console.

In order to load and store data in the Pig engine, we use loading and Storing methods as explained below.

Loading refers to loading relations from the files in the Pig buffer. This is done using the keyword LOAD followed by the name of the variable for which data is to be loaded as shown below.

A series of transformation statements processes the data.

Storing refers to writing output to the file system. This is done using the keyword STORE followed by the name of the variable whose data is to be stored along with the location of storage.

You can use the keyword DUMP to display the output in the section.

A Pig Latin script execution plan consists of logical, optimized logical, physical, and MapReduce plans as shown in the below diagram.

Some of the relations performed by Big Data and Hadoop Developers are:

In the next section of this Pig tutorial, we will see some Pig commands which are frequently used by analysts.

Given below in the table are some frequently used Pig Commands.

Getting Datasets for Pig Development

These are some of the popular URLs shown to download different datasets for Pig development.

To summarize the tutorial:

To learn more and get an in-depth understanding of Hadoop and you can enroll in the Big Data Engineer Master’s Program. This program in collaboration with IBM provides online training on the popular skills required for a successful career in data engineering. Master the Hadoop Big Data framework, leverage the functionality of AWS services, and use the database management tool MongoDB to store data.