HomeResourcesBig DataHadoop Tutorial: Getting Started with HadoopSqoop Tutorial: Your Guide to Managing Big Data on Hadoop the Right Way 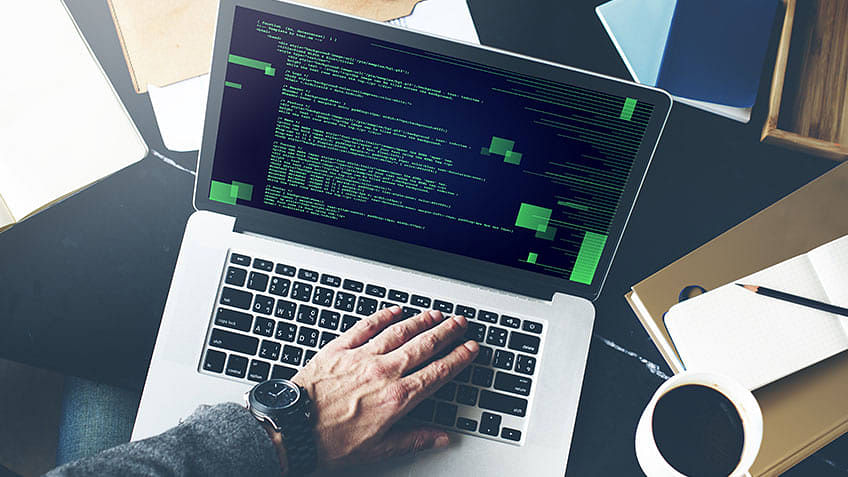 The Hadoop ecosystem consists of various facets specific to different career specialties. One such discipline centers around Sqoop, which is a tool in the Hadoop ecosystem used to load data from relational database management systems (RDBMS) to Hadoop and export it back to the RDBMS. Simply put, Sqoop helps professionals work with large amounts of data in Hadoop.

This Sqoop tutorial gives you an in-depth walkthrough for using the Sqoop tool in Hadoop to manage Big Data. It digs into everything from the basics of Sqoop and its architecture, to how to actually use it.

Let us now begin our Sqoop tutorial by understanding what exactly is Sqoop.

What is Sqoop and Why Use Sqoop?

Let us begin this Sqoop tutorial by understanding about Sqoop. Sqoop is a tool used to transfer bulk data between Hadoop and external datastores, such as relational databases (MS SQL Server, MySQL).

To process data using Hadoop, the data first needs to be loaded into Hadoop clusters from several sources. However, it turned out that the process of loading data from several heterogeneous sources was extremely challenging. The problems administrators encountered included:

The solution was Sqoop. Using Sqoop in Hadoop helped to overcome all the challenges of the traditional approach and it could load bulk data from RDBMS to Hadoop with ease.

Now that we've understood about Sqoop and the need for Sqoop, as the next topic in this Sqoop tutorial, let's learn the features of Sqoop.

Sqoop has several features, which makes it helpful in the Big Data world:

After going through the features of Sqoop as a part of this Sqoop tutorial, let us understand the Sqoop architecture.

Now, let’s dive deep into the architecture of Sqoop, step by step:

1. The client submits the import/ export command to import or export data.

2. Sqoop fetches data from different databases. Here, we have an enterprise data warehouse, document-based systems, and a relational database. We have a connector for each of these; connectors help to work with a range of accessible databases.

3. Multiple mappers perform map tasks to load the data on to HDFS.

4. Similarly, numerous map tasks will export the data from HDFS on to RDBMS using the Sqoop export command.

This Sqoop tutorial now gives you an insight of the Sqoop import.

The diagram below represents the Sqoop import mechanism.

Few of the arguments used in Sqoop import are shown below:

In this Sqoop tutorial, you have learned about the Sqoop import, now let's dive in to understand the Sqoop export.

Let’s now have a look at few of the arguments used in Sqoop export:

After understanding the Sqoop import and export, the next section in this Sqoop tutorial is the processing that takes place in Sqoop.

Processing takes place step by step, as shown below:

Next, let us take a look at the Sqoop demo as a part of this Sqoop tutorial.

You will then get a screen where you can load the Sqoop editor into Hue. Here, we will be switching over to the command line, as CLI runs quicker on many computers. Now you can go ahead and open the command line.

For this hands-on demo, we will be using Oracle VirtualBox Manager and the Cloudera QuickStart VM. Here, we have the databases in MySQL, so to get into the MySQL server, open a terminal in Cloudera, and type:

After typing the above commands, you will get into MySQL. Let’s look into a few quick commands here:

As seen in the above image, MySQL comes with a standard set of databases. We will use the retail_db database for our demo. To use this database and check the tables in it:

By typing the command above, that database will be set as the default in MySQL. To check the list of tables present inside the retail_db database, you have to type the following command:

As shown below, the above command will provide a list of six tables present inside the database:

Now, we will use the “departments” table from the “retail_db” database. For that, you have to type the following:

After this, open another terminal in Cloudera and type the following:

As seen above, the databases match. Now to list the tables present in retail_db using Sqoop, type the following command:

After this, we would have to connect to the MySQL database and import the customer’s database to HDFS. Let’s go ahead and run our first import command:

After the code is executed, we can check the web UI of HDFS using localhost: 50075, where the data is imported. Now, you can go back to the terminal window and type the following:

After typing the above commands, the output will be as shown below:

The next command to be typed is as follows:

This process will take some time to run. After that, type the following to view the contents of the department table1 inside dept1 directory:

The output will be as follows:

Let us move onto filter data now; we can use the following import command to filter specific rows using the where clause:

The above command will only return department ids that are greater than four and will store it in dept2. After running the above command, we have to view the contents of the dept2 directory, and for that, you will have to type the following:

The output after filtering will be:

Now that we have imported the data, the next stage is to export the data. For that, we have to go back to the MySQL server and create a database to export into. We will simply be creating a new table “dept” to export the “departments” table data to the new dept table. Create the below table under the MySQL terminal:

Now we have to export the departments table to dept table using the following command:

The above command has to be typed out in the Sqoop setup. After the command is executed, go back to your MySQL terminal and type:

The above command will let you check the contents of the dept table under the MySQL terminal. The output will be as shown below:

Now, this brings us to the end of this demo on Sqoop. As you saw in this Sqoop tutorial, the commands are easy to understand and implement.

After learning all about Sqoop, from its basics to its architecture, in this Sqoop tutorial, you can enroll in our Big Data Hadoop Certification Training Course to get an in-depth understanding of Hadoop installation and configuration, computational frameworks for processing Big Data, Hadoop administrator activities, cluster management with Sqoop, Flume, Pig, Hive, Impala, and Cloudera.