What is Reinforcement Learning: A Complete Guide

Lesson 22 of 32By Simplilearn 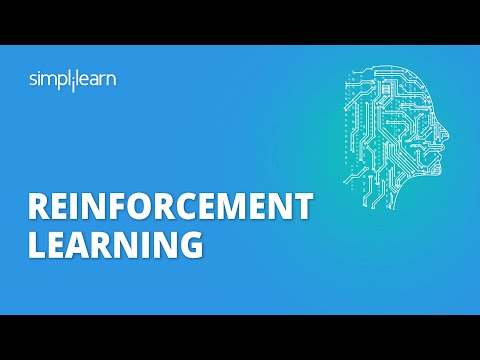 A major drawback of machine learning is that a tremendous amount of data is needed to train models. The more complex a model, the more data it may require. But this data may not be available to us. It may not exist or we simply may not have access to it. Further, the data collected might not be reliable. It may have false or missing values or it might be outdated.

Also, learning from a small subset of actions will not help expand the vast realm of solutions that may work for a particular problem. This is going to slow the growth that technology is capable of. Machines need to learn to perform actions by themselves and not just learn from humans.

What is Reinforcement Learning?

Reinforcement learning is a sub-branch of Machine Learning that trains a model to return an optimum solution for a problem by taking a sequence of decisions by itself.

We model an environment after the problem statement. The model interacts with this environment and comes up with solutions all on its own, without human interference. To push it in the right direction, we simply give it a positive reward if it performs an action that brings it closer to its goal or a negative reward if it goes away from its goal.

To understand reinforcement learning better, consider a dog that we have to house train. Here, the dog is the agent and the house, the environment.

We can get the dog to perform various actions by offering incentives such as dog biscuits as a reward.

Figure 2: Performing an Action and getting Reward

The below table shows the differences between the three main sub-branches of machine learning.

What is Markov’s Decision Process?

The policy of Markov’s Decision Process aims to maximize the reward at each state. The Agent interacts with the Environment and takes Action while it is at one State to reach the next future State. We base the action on the maximum Reward returned.

In the diagram shown, we need to find the shortest path between node A and D. Each path has a reward associated with it, and the path with maximum reward is what we want to choose. The nodes; A, B, C, D; denote the nodes. To travel from node to node (A to B) is an action. The reward is the cost at each path, and policy is each path taken.

The process will maximize the output based on the reward at each step and will traverse the path with the highest reward. This process does not explore but maximizes reward.

Define the tic-tac-toe board :

Now, let's define a function for the different states that we can take.

Let us define a function to find the winner of the game:

Apart from the winner, the game may also end in a tie:

After the game is over, we need to reset the board:

Figure 17: Resetting the board

Let us define the main play function between two opponents we will use this to train the model:

We now define a function to play the actual game:

The below function will draw a board on to the terminal.

Figure 22: Drawing the playing board

Let's define a player class to instantiate players and define the policy. This will be used to train the model.

Choosing actions for the player function and defining state :

Figure 24: Choosing action for the player and defining the state

We also define the reward function and save the policy.

Now let’s define a class that will be called when the player has to take an action.

Figure 26: Function for a human player to play

Let us define our machine players and train the model using the policy we made.

Now, let's play Tic Tac Toe! The below figure shows a game that ended in a tie:

The game can have three results, machine winning, human winning, or a tie. As you can see, no data was used to train the model instead the model was trained using the policy created by us. Games like online chess and even self-driving cars etc are trained in this way.

We hope this article answered any question which was burning in the back of your mind. Do you have any doubts or questions for us? Mention them in this article's comments section, and we'll have our experts answer them for you at the earliest!