HomeResourcesSoftware DevelopmentAn Introduction to Enumerate in Python with Syntax and Examples 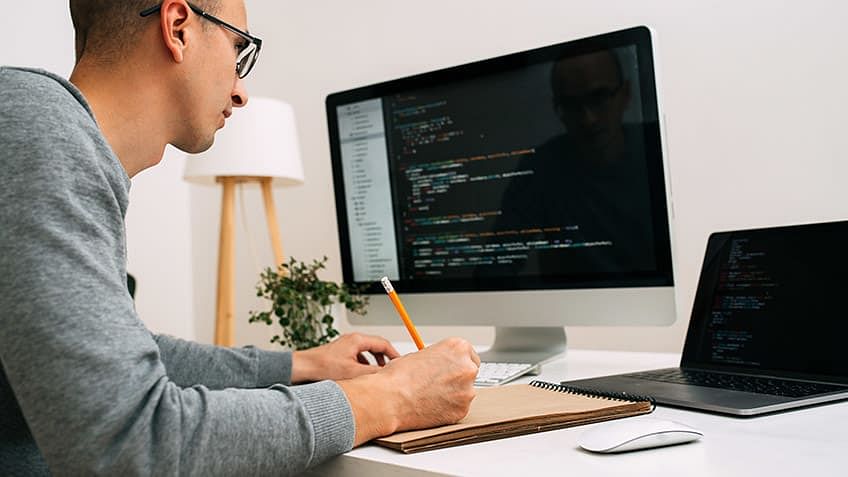 Usually, when someone iterates through an iterable using the conventional loops (for and while), at times it becomes cumbersome to keep track of the count and the relative positions of the elements in the iterable. When using for loops, there is no need to assign a variable to keep the count of the elements; however, there is sometimes a need for a variable that changes inside the loop based on some conditions.

It is common to use the enumerate method in Python to map the counter’s value along with the iterable items. It can serve both as a counter and as a way to maintain the indices of the elements in the iterable.

What is Enumerate in Python?

In simpler words, the enumerate function takes as input, an iterable and adds a counter to each  iterable element, and returns an enumerate object. The counter can also act as indices to each element which can be used to reference these elements at a later stage when required.

Syntax of Enumerate in Python

The syntax of the in-built enumerate function is  -

The return value of the enumerate function is the enumerate object which contains tuples with the count value and the item or the element of the iterables.

For Loops Vs. Enumerate in Python

Let’s consider a simple example where loops are used to print the index along with the items of a list.

for letter in letters:

Here, you saw the use of a variable called index, to keep track of the count of the elements along with the index of each element in the iterable. Try another method to do the same.

You can also use range along with the length function to perform the same function.

This method is also inefficient since you have to use the length function to iterate over the iterables to find the count.

for index, value in enumerate(letters):

It is not necessary to keep track of a separate count variable, advance it in each iteration, or go through the hassles of maintaining indices separately. Everything is handled by the enumerate function.

If you return the type of the enumerated object, you will find that it’s just a reference to a memory location.

Playing with the Start Parameter

As you can see, the starting index has now changed to the one specified in the second parameter.

Looping over Enumerate Object in Python

In this example, try to loop over an enumerate object using a simple for loop.

You can see that each object is a tuple inside the enumerated object that is returned.

Advantages of Using Enumerate in Python

In this guide, you have seen one of the best alternatives to the messy for loops in Python. You saw a basic introduction of the enumerate method in Python, along with the syntax and parameters that it accepts. This tutorial also explored the iterables that it takes as input, played with the start_index parameter, and saw a bunch of examples demonstrating how you can use enumerate instead of conventional for loops in python.

Lastly, you learned some useful tips along with some advantages of using this method over loops.

We certainly hope that with the help of this guide, you will get hands-on experience working with enumerating in Python and be able to adopt it without a second thought. Have any questions for us? Leave them in the comments section, and our experts will get back to you on the same, as soon as possible!