An Introduction to Selenium with Python 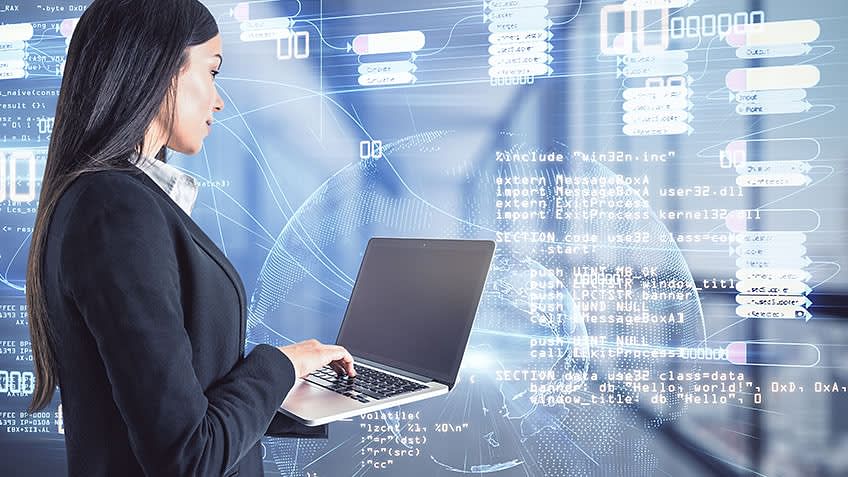 Python is one of the most popular and on-demand programming languages right now. The reason is obvious; it offers plenty of benefits to its users and is considered as an all-rounder. You can create websites using Python by leveraging tools such as Flask, Django, and so on. It is also possible to perform web automation using Selenium. And you can use Python for Data Science and Machine Learning, etc. Its simple syntax and the tons of libraries and packages it provides, make it a favorite among programmers.

Python is incredibly easy to learn. It's open-source, free to use, high-level, interpreted, and has one of the largest developer communities worldwide, who are ready to solve any problem you have.

Now, if you are a software developer, you might have heard of Agile workflows. With the need to perform in-sprint testing for every new feature that is added, it is a popular tool. For applications that are small, it is okay to perform manual testing. However, for applications with complex requirements and tons of dependencies, it’s impossible to perform in-sprint testing continuously. Moreover, most of these tests are repeated, and it’s not wise to perform the same testing again and again, although it’s necessary. This problem can be easily solved by automating testing.

Python has a plethora of in-built frameworks for testing, which allows you to perform debugging and create fast workflows. Python modules such as Selenium, Splinter, and other cross-browser or cross-platform frameworks such as Robot, PyTest, etc. make this task very easy.

One of the most widely used test automation tools in Python is Selenium. It’s open-source and free to use. Selenium with Python is used to carry out automated test cases for browsers or web applications. You can easily use it to simulate tests such as tapping on a button, entering content to the structures, skimming the entire site, etc.

The first step for you to start working on Selenium with Python is that you need to write functional test cases using the Selenium web driver. Then, you need to forward a request to the Selenium server that sits at the back-end, which will execute the test cases on the browsers automatically. You can perform tests on any browser including Firefox, Chrome, IE, etc. The only thing that changes are the web drivers, which are specific for each browser.

Binding Selenium with Python is usually via APIs - which you can use to write functional or acceptance test cases with the help of the Selenium web driver. Using this API, you can easily access all the different types of functionalities in an intuitive manner.

Why Should You Learn Selenium?

There are multiple reasons as to why Selenium is way more popular and powerful when compared to other web-automation tools in the market. Here are the reasons why:

How to Install the Package for Using Selenium With Python?

The first step is to install the Selenium package for Python. You can do so using the simple pip command.

You can see how easy it is to install Selenium for Python.

Selenium requires a web driver, which will help it interface with the browser that you want to run your tests on. For example, the Firefox browser uses a geckodriver, which you need to install in the right path. The path can be /usr/bin or /usr/local/bin.

The next step is to install the specific web drivers for the browser on which you want to run the test cases on. Throughout the example, you will be using the Firefox browser to carry out tests.

To install a web driver for the Firefox browser, you can follow these steps.

Assuming that ~/.local/bin is the default path for execution, you can install the geckodriver using the following commands in your Linux machine.

This will download the tar file for the latest version of the geckodriver (v0.29.0) from the official GitHub repository, extract it, and move it to the execution path.

For other browsers, they have their own supported web drivers. Some of them are -

The parent of all the classes and methods that are used for Selenium with Python is the Selenium WebDriver. Using this, you can perform any type of function or operation on any element on a webpage, hence, it is considered as the driving force of Selenium. It has a ton of attributes and methods that are used to aid automation testing in Selenium Python. Some of the most frequently used methods for Selenium WebDriver are -

WebElement Methods for Selenium With Python

The class called selenium.webdriver.remote.webelement.WebElement encloses a plethora of elements within it. These elements can be property, class, tag, or anything. For example, when you find an element in a web page using the driver, you can perform certain actions such as clicking on it or finding the sub-elements. For this, you can leverage several Selenium WebElement methods. Some of the popular Selenium WebElement methods are -

Let’s try to create a simple script for Selenium with Python, which will enable you to explore the free courses in Simplilearn.

You will import the webdriver and keys from the selenium module first.

Next, you have to define the webdriver for firefox, and then using the get method on the driver, it will navigate to the Simplilearn website.

Here, there is a “Free Courses” button where you can find all the free courses in Simplilearn. Hence, you need to get the identifier for the element. Here, you will use the inspect element to do so.

You can see that the title for this is “Free Courses”.

Here, you have used the find_element_by_xpath to get the Free Courses element by title, and then, using the click method on this element, you have clicked the button. Finally, you have to quit the driver.

You will see that on program execution, the driver will automatically perform the simulation for you and you will end up on the Free Courses page in Simplilearn.

To sum up, in this article, you looked into how you can leverage Selenium with Python to automate test cases and perform automation of web browsers and web applications. Selenium is an open-source and powerful tool with a vast community, and using it with Python is just a cherry on the top because Python is far less verbose and easy-to-work-with compared to any other programming language.

If you are looking to master the fundamentals of Python and getting a practical understanding of the language, Simplilearn’s Python Certification Course should be the next thing you should learn. It covers all that you need to have a work-ready practical expertise in Python  - data operations, shell scripting, conditional statements and Django to name. Explore this comprehensive program today.

We certainly hope that this article has helped you gain a better understanding of Selenium with Python. Do you have any questions for us? Leave them in the comments section of this article. Our experts will get back to you on the same, ASAP!