A Guide to Speech Recognition in Python: Everything You Should Know 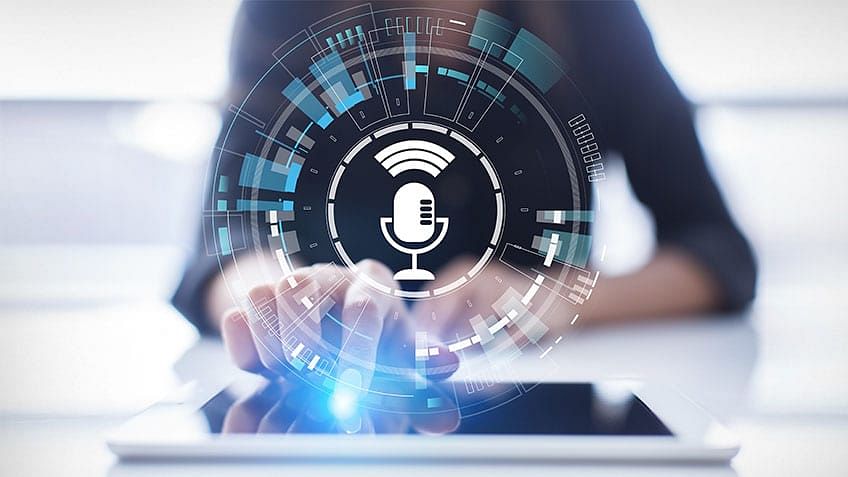 Movies and TV shows love to depict robots who can understand and talk back to humans. Shows like Westworld, movies like Star Wars and I, Robot are filled with such marvels. But what if all of this exists in this day and age? Which it certainly does. You can write a program that understands what you say and respond to it.

What is Speech Recognition?

Speech Recognition incorporates computer science and linguistics to identify spoken words and converts them into text. It allows computers to understand human language.

Speech recognition seems highly futuristic, but it is present all around you. Automated phone calls allow you to speak out your query or the query you wish to be assisted on; your virtual assistants like Siri or Alexa also use speech recognition to talk to you seamlessly.

How Does Speech Recognition work?

Speech recognition in Python works with algorithms that perform linguistic and acoustic modeling. Acoustic modeling is used to recognize phenones/phonetics in our speech to get the more significant part of speech, as words and sentences.

Speech recognition starts by taking the sound energy produced by the person speaking and converting it into electrical energy with the help of a microphone. It then converts this electrical energy from analog to digital, and finally to text.

It breaks the audio data down into sounds, and it analyzes the sounds using algorithms to find the most probable word that fits that audio. All of this is done using Natural Language Processing and Neural Networks. Hidden Markov models can be used to find temporal patterns in speech and improve accuracy.

For this implementation, you will use the Speech Recognition package. It allows:

Now, create a program that takes in the audio as input and converts it to text.

Let’s create a function that takes in the audio as input and converts it to text.

Now, use the microphone to get audio input from the user in real-time, recognize it, and print it in text.

As you can see, you have performed speech recognition in Python to access the microphone and used a function to convert the audio into text form. Can you guess what the user had said?

Opening a URL With Speech

Now that you know how to convert speech to text using speech recognition in Python, use it to open a URL in the browser. The user has to say the name of the site out loud. You can start by importing the necessary modules.

Now, run the function and get the output.

As you can see from the above figure, the query has successfully run, otherwise, an error message would have been thrown. Can you guess which website was opened?

Now, use speech recognition to create a guess-a-word game. The computer will pick a random word, and you have to guess what it is. You start by importing the necessary packages.

Now, create a function to recognize what is being said from the microphone. The function is the same, but you have to include exception handling in the program.

Now, initialize your recognizer class and take in the microphone input. You will also check to see if the audio was legible and if the API call malfunctioned.

Now, initialize the microphone. You will also create a list that contains the various words from which the user will have to guess. You will also give the user the instructions for this game.

Figure 12: Setting up the microphone

Now, create a function that takes in microphone input thrice, checks it with the selected word, and prints the results.

Figure 13: Setting up the game

The image below shows the various output messages and the output of the program.

From the output, you can see that the word chosen was ‘apple’. The user got three guesses and was wrong. You can also see the error message which appeared because the user wasn’t audible.

We hope this helped you understand the basics of Speech Recognition. To learn more about deep learning and machine learning, check out Simplilearn's Artificial Intelligence course.

If you need any clarifications on this Speech Recognition in Python tutorial, do share them with us by mentioning them in this page's comments section. We will have our experts review them and reply to your comments at the earliest!