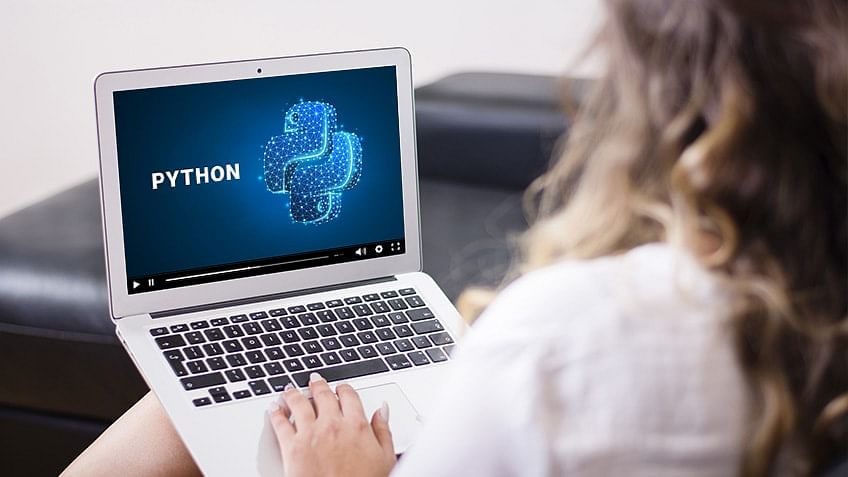 ➤ Python is one of the most commonly used programming languages today and is an easy language for beginners to learn because of its readability. It is a free, open-source programming language with extensive support modules and community development, easy integration with web services, user-friendly data structures, and GUI-based desktop applications.

➤ Our Python tutorial will help you understand the language, and its nuances like attributes, OOP classes, scripting, threading, and more. So start learning now, to gain an in-depth understanding of Python and start coding like a pro!

The topics covered in the Python Tutorial is:

This tutorial will help you learn Python from scratch, and the concepts discussed in this Python tutorial are easy to understand and provided with illustrative examples. The Python tutorial is well planned to take you gradually from the fundamental concepts like variables, data types to more advanced concepts like inheritance, encapsulation, etc. Hence, if you are stuck somewhere, then you can present your question on the community forum for a convincing answer.

How learning python will help?

In contemporary times, there is hardly any field where the Python language is not being used. Indeed, the market for other programming languages is also going strong. Python is standing toe-to-toe with other technologies like Java, PHP, ASP, etc. Hence, it is understandable why budding and experienced programmers are taking an interest in learning Python.

The Python Tutorial will help you to have a strong platform of conceptual understandings. You will get the foundation to strive for higher ideals like a Professional Python Certification. Through this Python tutorial, you will also come to know why Python is the most preferred language for machine learning and how the combination with Big Data helps.

Application and Benefits of Python

Nowadays, algorithms power nearly everything, whether it's search engines, social media, virtual Personal Assistants, or ChatBots. The underlying algorithms are the result of machine learning, which has brought a culture of progressive changes in the technological landscape. Python is the major programming language that has been used for the purpose. It has exclusive libraries only to serve the cause of machine learning.

A field where Python programming is widely used happens to be Data Science. Professionals engaged in the field of Data Science need to have mastery over the Python language. Python is indeed one of the favorites despite the strong presence of other languages such as R, Java, etc. Python complements the diversity in automation technology along with other frameworks and libraries such as PyBrain, NumPy, etc.

There are many websites, such as Reddit, which have been developed using the Python language. The principal reason behind the use of Python is its effectiveness and speed. If you compare PHP with Python, you will find that a similar website designed in PHP takes a long time when compared to Python. The presence of frameworks and libraries like Flask and Django make the work much easier.

Programmers regularly take help from communities when it comes to resolving programming issues. In these online communities, programmers from all over the world can get in touch to share their experiences and technologies. Therefore, they can update themselves by learning new technicalities on Python and redress the issues they face.

When it comes down to the development of websites and applications, libraries turn out to be immensely helpful. It is possible to find any kind of code here. Popular frameworks of Python like Django, Pandas, Keras, Flask, NumPy, and Scipy complement the agile methodology of software development. Libraries provide easy access to the needed code, thus allowing the programmers to maintain their focus on the codes and objectives.

The biggest reason why you need to use Python as the desired language of programming is because of its simplicity. It is user friendly, and beginners can quickly find a foothold to its concepts. Python has an easy and readable syntax that considerably eases out things.

Who Should Learn Python?

If you are having an immense passion for programming, and if you want to see yourself as a successful software developer with proven capabilities, then you must consider learning Python. If ever you want to make your career in Machine learning, Data Science, and Web Development, then you have to master the Python language as it is the programming language of choice these days.

If you’re looking to make a successful career as a programmer in leading IT companies, then learning Python can be a stepping stone for the purpose. Having a certification in Python programming can open up a sea of opportunities for you to cash-in. It is one of the foremost languages that is having applications in different branches of digital electronics like Machine Automation and Machine learning, Data Science, and Web programming. Thus, when you have mastery over the Python language, you can be resourceful to your company by serving in different domains and applications on demand.

If you are having a passion for software development and if you want to see yourself working on a Data Science job profile, then you will certainly get benefit from this Python tutorial.

If you use the Windows 10 operating system, then it is essential to remember that Python does not come with a default installation. You can check if your system has Python or not by running the command Python—version in the command prompt. First, you need to download Python from the website www.Python.org. You need to click on the download tab and select the Windows option.

It will take you to the page that contains different releases of the Python for the Windows platform. You need to choose the 32 bit or 64-bit installer. It will start downloading the executable installer file. Once completed, run it to install Python. For this purpose, you must click on the Run option for starting your installation process.

Python is a hardcore object-oriented programming language. Its features like encapsulation, classes, inheritance, and polymorphism make it one of the most potent programming languages to learn. Its data integrity makes infringement from malevolent entities virtually impossible.

The Python tutorial begins with the explanation of elementary concepts like Python class, how to define classes in Python, and the arrangement of data also called attributes and defining methods within classes, which provides access to the attributes and determines their behavior, and explain more about the protocols of writing simple class definitions, the concepts of encapsulation, polymorphism, and inheritance in object-oriented design and programming, and more.

3. Getting Started with Jupyter Network

In this lesson of the Python tutorial, you will learn why Python has become one of the most cherished languages, and how Python, along with the Jupyter notebook, makes programming easy and simple to learn.

4. PyCharm Tutorial Getting Started With PyCharm

PyCharm is an Integrated Development Environment for Python popularly called as IDE. PyCharm works seamlessly on different platforms that include Linux, Mac OS, and Windows. You will learn all about it in the Python tutorial.

In any programming language, one of the fundamental concepts is a variable. Python is not an exception in this case. This Python tutorial will help you learn more about different kinds of data types and variables, the naming convention of variables in Python.

This lesson of the Python tutorial will help you know about the use of numeric data in Python There are three kinds of numeric data types - complex, float, and int. In this lesson, you will use the Jupyter notebook for implementing the code.

In this lesson of the python tutorial, you can get to know about the programming pattern, with simple decisions and implementation through the use of Python, and understand the programming pattern called a two-way decision and its implementation through the use of the if-else statement. You will also come to know about the multi-way decision making in Python using the if-else if-else statement and get to know about exception handling and more.

8. How to Become a Python Developer

Cracking a Python interview requires a good understanding of the concepts. The interviewer may ask some tricky questions to analyze the depth of understanding. So, you need to prepare in advance and get ready to face the ordeal.

This Python tutorial will help you to brush up your concepts and give a gist of the kind of questions that you can expect in a job interview. Here, you will come to know about the mind-bending conceptual questions. You will become familiar with the tricky interview questions about methods and functions that are used for code optimization.

Getting Started with Python Tutorial!

With this Python tutorial, you will get a solid understanding of the different tools and concepts of writing a program in Python. The earlier you begin, the better it will be for you. Learning Python is not going to be a cakewalk. However, with proper mentoring and sincere efforts, you can master the language soon. Take a leap of faith with this Python tutorial and bear witness to the new heights that your professional career will reach as you battle for a successful career in the industry.  In case, you want to take up a certification, please refer to our Python simplilearn course and become an expert in python!