HomeResourcesSoftware DevelopmentWhat is SQL? The Most Widely-Used Relational Database Language

What is SQL? The Most Widely-Used Relational Database Language 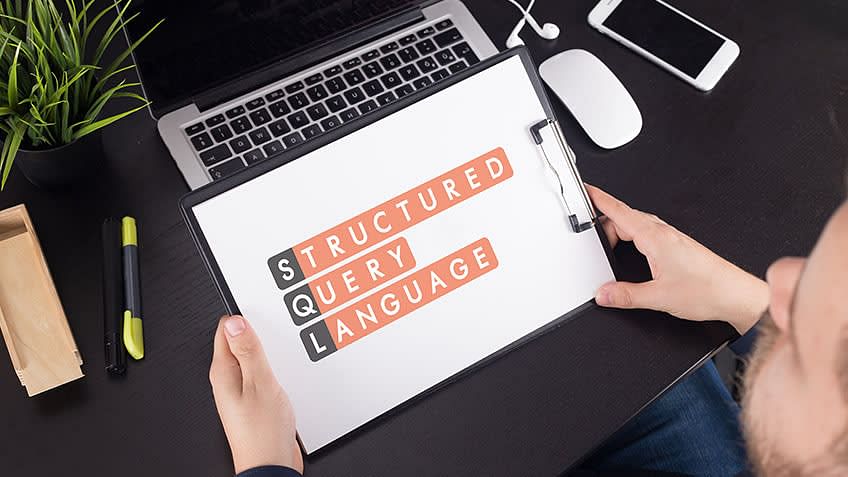 Most industries in today’s world, from banks to software companies, deal with a vast amount of data. Therefore, it is essential for us to know how to make sense of this massive amount of data. SQL is the most commonly used language for managing data in relational databases. By looking at the job postings on the website LinkedIn.com, we can see that in just India alone, more than 50,000 job listings mention SQL as one of their top required skills.

SQL, or Structured Query Language, is a data management language used to handle data in relational databases. With the help of SQL, you can create and modify the structure of databases and tables. You can also store, manipulate, and retrieve data from databases and tables using SQL. It is a non-procedural or declarative query language, which means that the user specifies which data is required without specifying how to retrieve it.

SQL is a standard language of the International Organization of Standardization (ISO) and one of the most sought after skills in the industry.

Now that we have the answer to the “what is SQL” question, let’s see why it is important in the modern world.

The Most Popular and Universal Database Language

SQL is the language most professionals turn to when it comes to handling data. The most popular open-source databases support SQL, making it the most commonly used relational database language.

Because SQL is a query language and not a programming language, it is comparatively easier to grasp than any other language with a syntax similar to logical English sentences.

Both ANSI and ISO standardized SQL. It hasn’t changed much over the years, and once you learn SQL, you won’t have to worry about keeping up with too many changes in the years to come.

Helps You Understand Your Dataset

You can use SQL commands to obtain a detailed understanding of your dataset, which is crucial in order to retrieve any useful information from it.

If you’re aspiring to work in data analytics or data science, SQL is one of the fundamental skills you’ll need to have.

The Need for SQL

In the early 1970s, IBM had developed two non-relational methods of storing and retrieving data called ISAM and VSAM. Using these methods, you could perform elementary operations, such as storing, deleting, and retrieving one record at a time.

In 1973, IBM started working on a relational database language based on Edgar F. Codd’s relational model paper published in 1970. They named this language SEQUEL, which was later changed to SQL. In 1979, Oracle released the first commercial version of SQL, which was based on the IBM version.

SQL has an edge over previous data handling methods for the following reasons:

The conception of SQL revolutionized the world of data, and that is why it remains at the number one position, even after 40 years of its existence.

Let’s move on to how you can start learning and practicing SQL yourself to get an even clearer picture of what SQL is.

How to Start Practicing SQL

To start practicing SQL, you need to have a Relational Database Management System (RDMS) on your device. You can choose from a wide variety of popular open-source databases available online, the most popular of which is MySQL. It is free and compatible with a variety of operating systems, such as Windows and Linux, and it is simple to install.

The steps to download MySQL on your device are as follows:

To properly understand what is SQL, you need to know about the SQL commands.

To perform all the required commands, SQL consists of the following sub-languages:

This includes commands like CREATE and DROP, which enable the creation and modification of database objects, such as tables.

DML is used to store and modify the data in the database. Commands like INSERT and SELECT belong to this sub-language.

This sub-language comes into play when you want to control the access to your database using the commands GRANT and REVOKE.

TCL is used to handle the modifications that DML commands made to the data by using the COMMIT and ROLLBACK commands.

Let’s see how some of these commands work. The first thing we need to do is create a database, which is a collection of structured data stored in any electronic device that a relational database management system oversees.

The name of the database you create should start with a letter and contain only alphanumeric characters and underscores. We'll create a database called our_first_databse and then begin adding objects to that database.

To check whether our database was successfully created or not, we can use the

As you can see, our database has been successfully created.

A table is a collection of rows and columns in which every column represents an attribute and has a data type, and every row is an instance in the table.

We must use the following command to create a table:

SQL has the following six categories of pre-defined data types that you can use:

We’ll create the following table in our database:

The data type of the attribute “Name” is varchar(250), so this attribute will contain a maximum of 250 characters. Attributes “ID” and “Salary” will only contain integers.

The syntax of the INSERT command is as follows:

If you want to retrieve all the records from a table, you can use the following command:

Using the example from our “Person” table, we’ll retrieve the attributes “ID” and “Name” using the following command:

The output of the above command will be as follows:

The DELETE command from the DML sub-language can be used to delete a row or a set of rows from a table. The syntax of the delete command is as follows:

The DELETE command contains a WHERE clause, enabling users to specify the condition according to the rows they want to delete. If there aren't any specified conditions, all the rows from the table will be deleted.

For example, if you want to delete all the records that contain salaries less than or equal to Rs. 20000 from our “Person” table, you can use the following query:

The above query will result in the following output:

The DROP command carries out this function. The syntax is as follows:

The following command will erase our database, our_first_database, permanently:

Now, we have deleted the database we created, including all of its contents. We can use the SHOW DATABASES command to confirm this.

With this, we reach the end of this “what is SQL?” article.

Learning SQL can potentially open up doors to lucrative careers and trending positions, such as business analyst, data analyst, NET developer, data scientist, and many more. All of these exciting opportunities can either benefit from, or require, learning SQL skills. It is also the standard database language utilized in the most popular database systems, such as MySQL, Oracle, and MS Access.

Now that you know the basics of SQL, you’ve taken your first step towards becoming an expert in SQL. If you liked this article and want to get certified, you can check out Simplilearn's Business Analyst Master’s Program, which also covers SQL in great depth.

Do you have any questions for us? Be sure to leave them in our comments section, and we’ll have our experts in the field answer them for you.

SQL UPDATE: A Lesson on How to Update Database Tables