What Is Central Limit Theorem, Its Significance & Uses

Lesson 2 of 15By Simplilearn 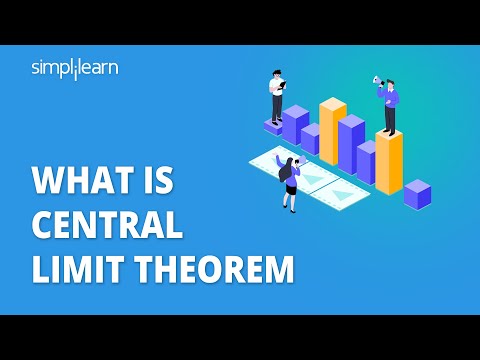 Central Limit Theorem, also known as the CLT, is a crucial pillar of statistics and machine learning. It is at the heart of hypothesis testing. In this tutorial, you will understand the concept of the CLT and its applications.

What is the Central Limit Theorem?

The CLT is a statistical theory that states that - if you take a sufficiently large sample size from a population with a finite level of variance, the mean of all samples from that population will be roughly equal to the population mean.

Consider there are 15 sections in class X, and each section has 50 students. Our task is to calculate the average marks of students in class X.

The standard approach will be to calculate the average simply:

But what if the data is extremely large? Is this a good approach? No way, calculation marks of all the students will be a tedious and time-consuming process. So, what are the alternatives? Let's take a look at another approach.

The CLT has several applications. Look at the places where you can use it.

The CLT is useful in a variety of fields. Are there any others that come to mind? Put them in the comments section below this tutorial.

Assumptions Behind the Central Limit Theorem

Before we move on further, it is important to understand the assumptions behind CLT:

When the population is symmetric, a sample size of 30 is generally considered reasonable.

Mean and Standard Deviation of the Sample

You denote the mean of the sample by

And you denote as the standard deviation of the sample mean as:

That’s the concept and theory behind the CLT. Now, go to the python compiler and understand the working of CLT.

You can understand the working of the CLT with an example involving the rolling of a die.

A die has a different number on each side, ranging from 1 to 6. Each number has a one-in-six chance of appearing on a roll. Given the equal likelihood, the dispersion of the numbers that come up from a dice roll is uniform.

You will use the randint() function to generate the random numbers ranging from 1 to 6.

The example will generate and print the sample of 100 dice rolls along with the mean.

The following graph shows the distribution of sample means.

The central limit theorem is a crucial concept in statistics and, by extension, data science. It's also crucial to learn about central tendency measures like mean, median, mode, and standard deviation.

If you want to learn further, you can check the Data Scientist course by Simplilearn. The course gives exposure to key technologies including R, Python, Tableau, and Spark and will take you from basics to advanced level in learning.

If you have any doubts and feedback regarding this article, do let us know in the comments section.