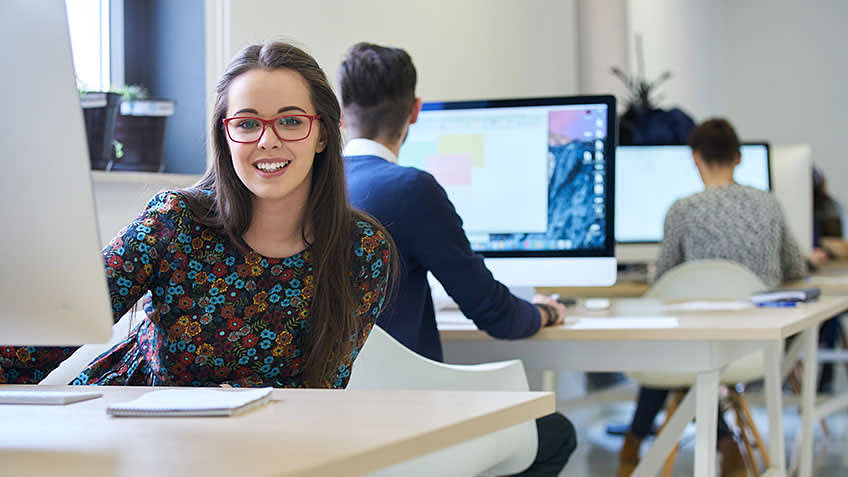 Whenever you watch a new movie, make payments online or build a spreadsheet, have you ever given a second thought about the tools and applications that you use? Everything “tech” that makes our lives easier is designed and built by software developers.

What Is a Software Developer?

Software developers are the creative and innovative masterminds behind software programs. Their work is largely focused on creating and building software programs for consumers. This includes understanding the needs of consumers, developing the required programs, monitoring performance and updating the programs as and when needed.

Applications software developers design specific computer applications. These can be games, word processors or even custom software to be sold to the public.

What Does a Software Developer Do?

Software developers write large amounts of code from scratch for a new program or application. They also maintain and update code for existing programs, check for software bugs and find ways to improve programs. They need to collaborate closely with other developers and clients to deliver a software that meets all the requirements.

The roles and responsibilities of a software developer can vary based on their specialization, the industry they work in, and their experience level, but they all have these similar duties:

Software developers identify the core functionality that users need from software programs and start with the development process. Once the program is built and tested, but found difficult to use, they go back to the design process to fix the problems and improve the program. After the program is released, they may also perform upgrades and maintenance.

There are some technical skills you need to have to become a good software developer. With so many tools, platforms, languages out in the market every single day, you should have the knowledge to integrate the modern technologies and other technical stuff in your work to make a good product or software.

Here are some important technical skills you should have as a software developer:

A good knowledge of data structure and algorithms is at the heart of software development. This skill is required to organize massive amounts of code using the right structure and to solve a specific problem in less time and space.

Although the software programs are given to the testers before being released into the market, a software developer needs to have basic testing skills to shorten the development cycle.

Source control helps software developers manage and store their code. A developer who is proficient in version control is in popular demand in a number of organizations.

Another essential skill for developers is the knowledge of working with databases. It is impossible to develop any kind of application and software for an organization without the knowledge of the enterprise database.

There are several different paths you can take to build a career in software development. Here are the most common ways to get started:

Most software developers often have a bachelor’s degree in Computer Science or any related field, coupled with strong programming skills.

There are many software developers out there who never got a degree in Computer Science, but have gained massive success due to hands-on experience and their interests in the field (Bill Gates, Mark Zuckerberg, etc).

Get Trained and Certified

If you do not have any prior experience in coding, you can take up a Post Graduate Program in Full Stack Web Development or an online certification course to get trained in software development.

Every year, the US News and World Report generates a Top 100 list of the “best jobs”. “Software developer” is the only technology-related job to make it to the Top 10 several years in a row. Other than a generous median salary and a good work environment, software development is a good career because there is a lot of growth potential in this role. According to the Bureau of Labor Statistics, software developer jobs are projected to grow up to 22 percent between 2019 and 2029.