Why Python Is Essential for Data Analysis and Data Science 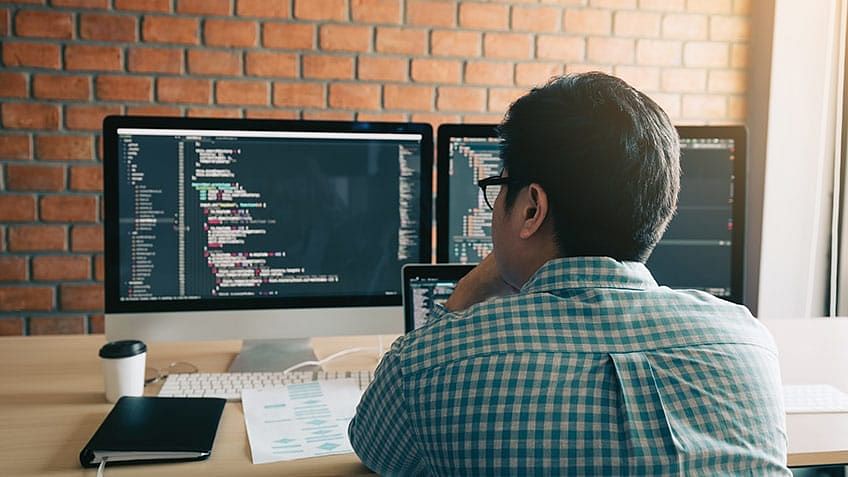 Its producers define the Python language as “…an interpreted, an object-oriented, high-level programming language with dynamic semantics. It's high-level built-in data structures, combined with dynamic typing and dynamic binding, make it very attractive for Rapid Application Development, as well as for use as a scripting or glue language to connect existing components.”

So how does Python jibe with data analysis? We will be taking a close look as to why this versatile programming language is a must for anyone who wants a career in data analysis today or is looking for some likely avenues of upskilling. Once you’re done, you’ll have a better idea as to why you should choose Python for data analysis.

In this article, we will cover the following topics in detail:

What does a data analyst do, anyway? A little refresher on the role of a data analyst may help make it easier to answer the question about why Python’s a good fit. The better you understand a job, the better choices you will make in the tools needed to do the job.

Data analysts are responsible for interpreting data and analyzing the results utilizing statistical techniques and providing ongoing reports. They develop and implement data analyses, data collection systems, and other strategies that optimize statistical efficiency and quality. They are also responsible for acquiring data from primary or secondary data sources and maintaining databases.

Besides, they identify, analyze, and interpret trends or patterns in complex data sets. Data analysts review computer reports, printouts, and performance indicators to locate and correct code problems. By doing this, they can filter and clean data.

Finally, they use the results of the above responsibilities and duties to better work with management to prioritize business and information needs.

One needs only to briefly glance over this list of data-heavy tasks to see that having a tool that can handle mass quantities of data easily and quickly is an absolute must. Considering the proliferation of Big Data (and it’s still on the increase), it is important to be able to handle massive amounts of information, clean it up, and process it for use. Python fits the bill since its simplicity and ease of performing repetitive tasks means less time needs to be devoted to trying to figure out how the tool works.

Before wading in too deep on why Python is so essential to data analysis, it’s important first to establish the relationship between data analysis and data science, since the latter also tends to benefit greatly from the programming language. In other words, many of the reasons Python is useful for data science also end up being reasons why it’s suitable for data analysis.

The two fields have significant overlap, and yet are also quite distinctive, each on their right. The main difference between a data analyst and a data scientist is that the former curate's meaningful insights from known data, while the latter deals more with the hypotheticals, the what-ifs. Data analysts handle the day-to-day, using data to answer questions presented to them, while data scientists try to predict the future and frame those predictions in new questions. Or to put it another way, data analysts focus on the here and now, while data scientists extrapolate what might be.

There are often situations where the lines get blurred between the two specialties, and that’s why the advantages that Python bestows on data science can potentially be the same ones enjoyed by data analysis. For instance, both professions require knowledge of software engineering, competent communication skills, basic math knowledge, and an understanding of algorithms. Furthermore, both professions require knowledge of programming languages such as R, SQL, and, of course, Python.

On the other hand, a data scientist should ideally possess strong business acumen, whereas the data analyst doesn’t need to have to worry about mastering that particular talent. However, data analysts should instead be proficient with spreadsheet tools such as Excel.

As far as salaries go, an entry-level data analyst can pull in an annual $60,000 salary on average, while the data scientist’s median salary is $122,000 in the US and Canada, with data science managers earning $176,000 on average.

Why is Python Essential for Data Analysis?

So, to sum up, these points, Python isn’t overly complex to use, the price is right (free!), and there’s enough support out there to make sure that you won’t be brought to a screeching halt if an issue arises. That means that this is one of those rare cases where “you get what you pay for” most certainly does not apply!

Python is a valuable part of the data analyst’s toolbox, as it’s tailor-made for carrying out repetitive tasks and data manipulation, and anyone who has worked with large amounts of data knows just how often repetition enters into it. By having a tool that handles the grunt work, the data analysts are free to handle the more interesting and rewarding parts of the job.

Data analysts should also keep in mind the wide variety of other Python libraries available out there. These libraries, such as NumPy, Pandas, and Matplotlib, help the data analyst carry out his or her functions, and should be looked at once you have Python’s basics nailed down.

Maybe you are ready for a career change, and data analysis is calling you. Or perhaps you’re already a data analyst, but you want to do some upskilling to increase your marketability and value. Whatever the reason, Simplilearn has you covered.

Whether you choose the Online Flexi-Pass or Corporate Training Solutions, you will gain access to 44 hours of instructor-led training delivered through a dozen lessons, 24 hours of self-paced learning videos, and four real-life industry-based projects to work on. Once you pass the exam and meet the other requirements, you will be certified and ready to tackle new challenges.

The demand for both data scientists and data analysis will increase by over 1000% over the next few years; it’s time for you to make your move. Whether you want to become a data analyst or make the big leap to data scientist, learning and mastering Python is an absolute must!

If you're interested in becoming a Data Science expert then we have just the right guide for you. The Data Science Career Guide will give you insights into the most trending technologies, the top companies that are hiring, the skills required to jumpstart your career in the thriving field of Data Science, and offers you a personalized roadmap to becoming a successful Data Science expert.

Find Data Science with Python in these cities