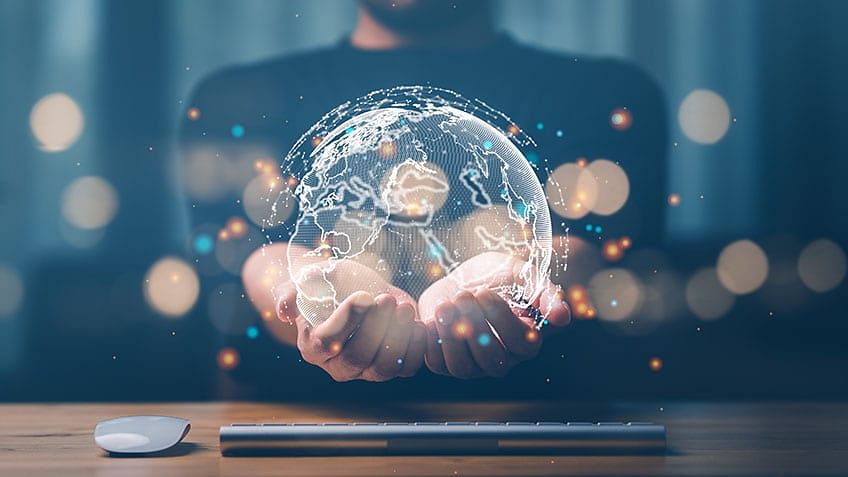 Over time, you must have noticed that machines around you have been getting smarter. In fact, “smarter” may as well be an understatement. You search for black shoes on your browser, and the next thing you know, over a period of 2 days, you’re bombarded with several different ads from various shoe brands. Suppose you show interest and click on a particular ad; before you know it, you’ll be suggested an assorted number of shoes as per your liking. But how could these ads, in a matter of seconds, know what kind of shoes you like best? This is because machines are now constantly learning and evolving. Tech-savvy personalities sitting behind computer desks in high-rise corporate buildings are telling these machines what and what not to learn.

If it wasn’t already obvious, we decided to make it the very first advantage to make it even more. The decision-tree algorithm is a constructive one that aids essential decision-making processes. For example, should your bank give a particular person a loan? Through this algorithm, banks can use their website to sift through people who are eligible for loans from the people who may just be a lost deal. It does this by simply tracing the people who are eligible for the loan to a page that tells them to visit the bank. And the remaining individuals are led to other bank schemes that could help give them a lift.

2. It is an All-Inclusive Algorithm

Usually, data would have to be standardized before placing it into an algorithm. Although when it comes to decision trees, continuous and categorical variables can co-exist in the algorithm. This is because this machine learning algorithm does not rely on the inputs directly to predict an outcome. Instead, it depends upon the relation of the different inputs to predict what comes next, which is the outcome. For example, your click on the black shoes led you to a dozen ads from similar brands. As soon as you made the second click, it acknowledged how other customers had been taken down the same tree before, revealing the same search results to you. Somebody probably entered the data about previous customer results, and thanks to the decision tree, you were just led to it. If you had clicked on a different shoe, however, the tree would have taken you to another “branch”.

3. Simple to Understand for Coders

Decision trees can be visualized, which is exactly why coders have a much easier time dealing with this algorithm. They can quickly accumulate the data or information given by their clients, visualize it and deliver an algorithm. The functioning of this Decision tree algorithm is similar to the thought process of an actual human brain.

Decision Trees are an absolute dream for coders because the algorithm can operate even with missing values. There are a few things that can take place. It could be an outcome of CART (classification and regression tree). CART is a predictive model which can predict the outcome regardless of the missing value based on other values, such as lean toward the most significant number of instances. It can also randomly assign you to a node (similar to a lead and endpoint in a branch). Either way, the algorithm does not stop working. Decision Trees will always configure beyond the missing values depending on the programming.

Decision trees are surprisingly not that expensive because they make “greedy” decisions. At each stage of the fitting process, they multiply the sub-problem and find an optimal split with the data in the particular node and keep moving forward. They make choices based on only a linear scan of the data for that specific node. This is why, mostly, this method works relatively quickly, proving inexpensive computationally.

6. Less Coding for the Coder

Not only is it simpler to understand for coders, but the pre-processing steps of this algorithm require a lot less coding than most algorithms. This is because they don’t need analysis or even variables to keep them going. This is mainly because the technique involves looking at the inputs individually rather than the whole.

It should be clear by now how Decision Trees are visually appealing and easy to understand. This isn’t just an excellent thing for coders but also clients. Clients may not understand coding, analysis, inputs, and technical jargon, but everyone understands trees! It’s really easy to communicate to business stakeholders or important people what kind of application or code is under the process. In short, it’s easier to keep them in the loop!

In a Decision Tree, it is effortless to trace each path to a conclusion. It ensures a comprehensive analysis of the consequences of each branch while also recognizing which nodes might need further analyzing. Therefore, it is easy to validate the algorithm using statistical tests. This makes Decision Trees an accountable model. And the ability to determine its accountability makes it reliable.

Decision Trees are one of the most important algorithms in machine learning because it is one that can generate many outputs. At the end of a Decision Tree, one can land upon several decisions. The capacity to handle the data of several outputs can direct you in a totally different direction than another 2 or 3 people who took the same Decision Tree route. That is however, given that the Decision Tree was initially fed with a bunch of data with multiple outputs.

Learn over a dozen of data science tools and skills with Data Science Certification Program and get access to masterclasses by Purdue faculty. Enroll now and add a shining star to your data science resume!

Expand Your Knowledge With Simplilearn

If it isn’t already evident, machines are getting closer to functioning and ‘thinking’ like human brain. And why wouldn’t they be? Human beings develop algorithms and code day in and day out to help these machines become intelligent. It’s only natural that they’d incorporate the features of their developers. This is just the beginning of both machine learning and polishing your knowledge of the data science world. With Simplilearn’s Professional Certificate Program in Data Science, you can now develop skills that help you run this world of data science in and out! It’s already helped numerous people build skills and fast-track their careers. Be at power with current-day technology with this Post Graduate Program in Data Science, also ranked the No.1 Data Science Program by the Economic Times. So you don’t even have to worry about looking here and there. You know you’ve already landed in the right place.