Simplilearn Reviews: Transformation from an Industrial Engineer to an Analytics Manager

Top Disruptive Technologies to Watch Out for in 2022

What Is Technology Literacy: Everything You Need to Know

Questions to Ask Yourself Before Signing Up for Online Learning

Career Masterclass: How to Get the Best Job Search Result From Job Boards 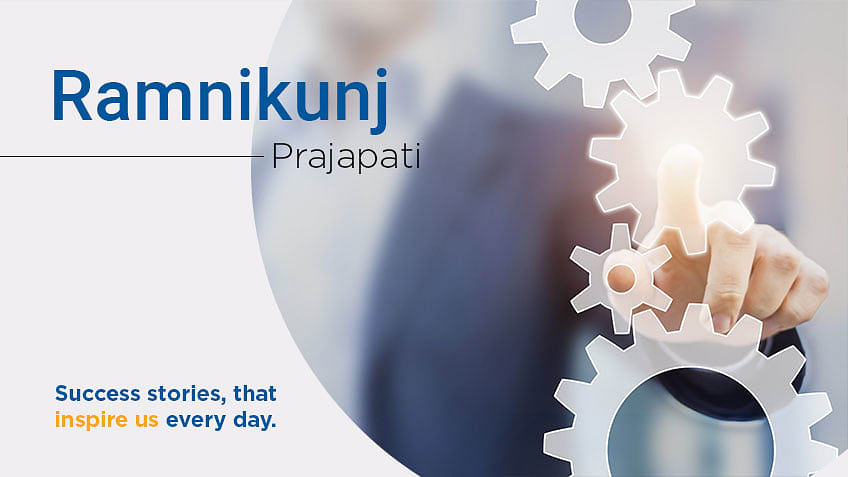 The most productive, effective, and successful teams know how to collaborate and complete projects seamlessly, like a well-oiled machine. Getting to that point is anything but simple, especially in the software development and IT fields, nor is it an intuitive process. That is why corporations and smaller businesses alike typically use proven methods and frameworks to empower project management and enable better product development.

One of the more popular methodologies for software teams is called DevOps, which gets its name from software “development” and IT “operations.” When Visa’s software engineering team in Bangalore decided to adopt the DevOps framework, senior software engineer Ramnikunj Prajapati realized he had more to learn. After completing Simplilearn’s comprehensive DevOps Engineer Master’s Program (earlier named as DevOps Architect training), he was able to improve not just his own effectiveness, but also that of his entire team.

Like any good investment, career training (whether it’s done independently or through your employer) usually pays off. Prajapati, for example, got a raise shortly after completing his DevOps course work, while also demonstrating its value to the organization as a whole. Below, we’ll take a look at Prajapati’s educational journey and how lifelong learning is the key to a fruitful career in software and IT, including the challenge that led him to Simplilearn and the results of his training.

The Challenge: Combining the Dev with the Ops

After earning his computer science and engineering (CSE) degree from Veermata Jijabai Technological Institute (VJTI) in Mumbai, Prajapati received job offers from several prominent employers. He accepted the offer from Visa and has worked there for the past four years. But, even though he excelled in school and got the attention of top employers, he realized he needed to continue learning if he hoped to remain successful.

In his day-to-day work, Prajapati had one foot in software development and the other in operations, in addition to security-related work. More specifically, he was the single point of contact for production requests or changes. So, while this is the type of position best-suited for the DevOps approach, neither Prajapati nor his team members had any formal training in the methodology. Since his small team was moving in that direction, Prajapati decided he needed to update his skills.

What exactly is the DevOps approach and how does it help? The main problem it attempts to solve is the isolation of various business departments into silos, making it exceedingly difficult for these teams to collaborate on projects. By learning the DevOps approach, teams are able to break out of their silos and become much more efficient.

The advantages of using DevOps methods include:

While fully realizing the benefits of DevOps for his organization and his career,  Prajapati wanted to ensure he got the right education.

The Simplilearn Solution: A Comprehensive Package

Prajapati researched his options, looking into the various online training solutions that would help him master DevOps. In addition to reading online reviews and comparing offerings from different providers, he solicited suggestions from friends and colleagues. At least one of his coworkers highly recommended Simplilearn, in part because the course included insight on how to leverage agile practices on AWS and the opportunity for the elective to get on the path to become a certified Agile Scrum Master (ASM®). Prajapati said the Simplilearn course offered more content overall than other options.

Prior to taking the course, his main goals were to get an overview of DevOps and learn best practices; learn about the various DevOps tools and how they can speed up various processes; and get a handle on agile practices. He was able to complete his training while commuting to work (via the mobile app), during the evening, and on weekends, allowing him to focus on the more immediate needs of his job during the workday.

This flexibility really helped Prajapati complete his coursework on his own schedule, and he also appreciated the Q&A sessions following each unit. The assignments, he added, helped him effectively retain the knowledge he had learned. In short, Prajapati found Simplilearn’s course content to be well-organized and presented in a useful format for busy professionals.

Since his company realized how effective the coursework was, his entire department now uses Simplilearn as-needed for upskilling and aligning teams around new processes.

The Results: Alignment, Efficiency, and a Raise

Prajapati was able to fully implement DevOps best practices through his training and, as a result, increased the productivity of his team. For one, he realized that he hadn’t been properly applying agile techniques to work processes; by correcting this, he said, he was able to more confidently and efficiently plan and execute his team’s projects. Since time is money, and efficiency is the goal of the digital transformation sweeping all industries, his employer was happy as well and gave him a generous raise.

Several of Prajapati’s colleagues are taking Six Sigma and ITIL courses, further contributing to his team’s capabilities and value. But he and his colleagues don’t stop learning after they’ve completed their courses; ongoing access to additional course videos and tutorials helps them learn more skills while brushing up on what they’ve already learned when necessary.

The key to a successful career, especially in IT, software, and digital technology in general, is to keep learning and honing your skills. What you learned as an undergrad provides an important foundation for your life and career, but the tech world moves very fast. Simplilearn is here to empower individuals and companies to compete on the global stage and achieve their potential.

Don’t be Left Behind: Upskill Your Way to Career Success

Learning isn’t something you've done with after getting your degree, especially for those pursuing technology careers, but a lifelong pursuit. Leveraging technology and the processes for aligning organizations and completing projects efficiently is not simply a way to get ahead in business, but the key to survival. Whether you’re an individual hoping to stand out from the crowd, or an organization investing in your existing talent, Simplilearn offers flexible and proven training resources. Seize the future, today!