Student Spotlight: Learning How to Transform Data into Business Success 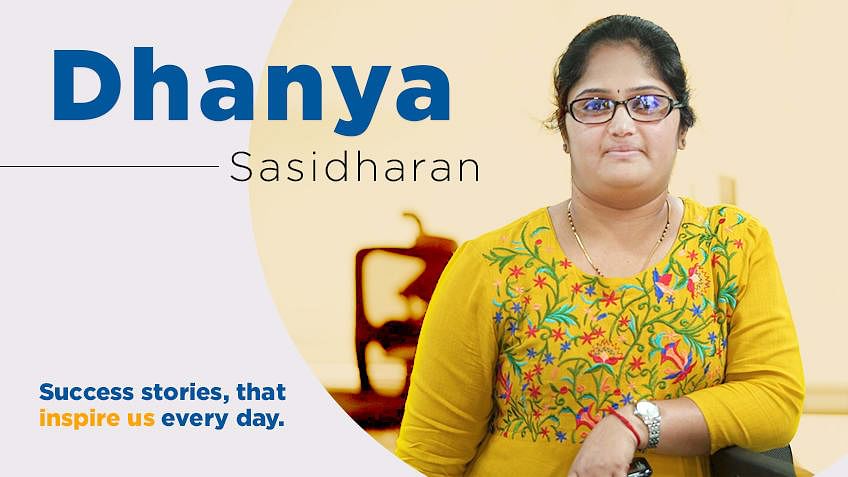 Challenges bring out the best in us when we’re equipped with the right tools. The best time to add to our toolkit is when we take on challenging new roles. In this Student Spotlight, we’ll learn how Dhanya Sasidharan gained the skills and insight she needed to turn data into business wins—improving her team’s performance while growing into a new role—from Simplilearn’s Data Scientist Course.

As Dhanya explained, the Data Scientist course empowered her to “think from the perspective of [her] clients” and make smart, data-driven decisions for her company. Read on to learn how Dhanya overcame obstacles through focused training and helped her company along the way.

The Challenge: Growing Into a New Role

Dhanya received her Electrical and Electronics Engineering degree in 2004 and her master’s in Power Electronics in 2006 before starting her career as a software engineer at Wabco-TVS (now Wabco India) that same year. Despite her impressive educational background, Dhanya—like countless other technology professionals—wasn’t done expanding her capabilities.

This became clear when she joined Robert Bosch Engineering and Business Solutions Pvt. Ltd. in 2013 as a project manager. Her employer knew she had the leadership skills and adaptable mindset for a more senior role, so they promoted her to a PMO Lead position not long after she started. This was a period of significant professional growth for Dhanya.

Her new job responsibilities included mentoring and coaching project managers, as well as developing an in-house reporting tool to display the status of each project. While working on this, she realized that there were delays in pulling out the results. In short, she needed access to better tools in order to be more efficient and effective in her new role.

She knew they could do a much better job predicting results and analyzing where (and how) project bottlenecks were occurring only with the help of in-depth analysis. Applying prediction analysis for their enterprise reporting solution would help project managers with decision making and project tracking.

Dhanya concluded that formal training in data science would allow her to bridge the gap and help her team become more efficient and productive. She was looking for a flexible and cost-effective training program; after all, she still had full-time management duties during the day and would need to convince her managers that it was a smart investment. Fortunately, her employer understood the importance of investing in employee training both as a way of improving performance and retaining top performers.

Dhanya learned about Simplilearn through her colleagues and friends and was impressed with their feedback. Since Simplilearn was already one of the online training providers associated with Bosch, they were able to negotiate a competitive price for her and four of her colleagues to enroll in Simplilearn’s Data Scientist course.

Because of the demands on her time, Dhanya took the training on weekends and in her free time during the weekdays. The flexibility of the course allowed her to maintain her busy work schedule while she learned analytics and data science in a detailed, hands-on manner. She also appreciated the blend of live, instructor-led classes and self-guided video lessons. When she had technical questions, Simplilearn’s support team helped her in a timely manner.

Overall, she was satisfied with the learning experience and said it was clear and thorough. Her favorite course within the program was Business Analytics with Excel, while she found the courses on R and SAS to be a little technical—although she was able to catch up. Once she completed the certification, she got a few free courses on topics such as Lean management, CompTIA cloud plus, and DevOps.

Armed with the right tools, she was now able to take her role at Bosch to new heights and empower others within her department.

Dhanya had been acting as a product owner after transitioning from project management but was promoted to full-time product owner after completing her training. She not only understood what needed to be implemented in order to make her team more effective, she now had the specific skills and practical experience to make it happen.

Her team’s productivity improved significantly, as she was able to help them derive insights from data and analyze what had to be done at any given point. Essentially, she said, the training gave her more visibility into the data, which allowed her to be more decisive as a product owner.

But don’t just take her word for it; clients from renowned automakers Audi, Jaguar, BMW, and Volkswagen have praised her team’s product. While Dhanya became much more successful and satisfied in her role, the ripple effect of her roughly 12-month learning experience benefitted her employer, her colleagues, and her clients.

“With this course, I have been able to chase my dream successfully,” Dhanya said, adding that she believes Simplilearn’s programs are accessible to anyone who wants to boost their skills and career. Dhanya isn’t done learning, either, and plans on pursuing additional Data Science courses.