What Is Kubernetes on AWS?

The Ins and Outs of Data Streaming 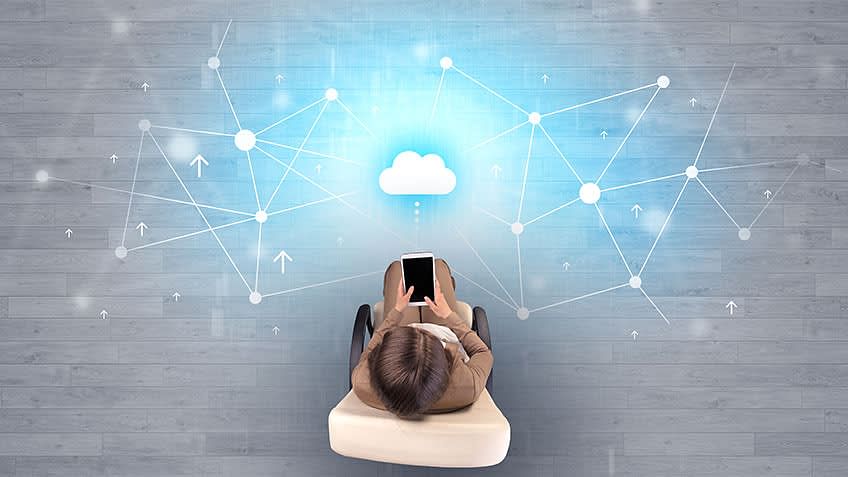 Virtually everyone’s lives were upended as the result of the global COVID-19 crisis. Diminished economic activity in the wake of social distancing guidelines enacted to slow the spread of the novel coronavirus prompted a wave of layoffs last spring. Louisville, Kentucky-based technology professional Jerry Stark, who was laid off from his job as a manager in April after eight and a half years, decided he needed to take control of his post-COVID future by upgrading his skills.

Stark, a 30-year veteran in the world of information technology, was no stranger to upskilling, which is why he has been able to thrive in the industry for so long. He started his career as a programmer, worked as a developer, eventually moving into hardware support and database support. After his 2020 layoff, he took a pragmatic look at IT trends and realized that cloud computing was a growth industry with incredible career opportunities.

“I believe that companies today are looking toward cloud technology to shore up their business value at the end of the day,” Stark said, explaining his rationale for choosing cloud computing as his next professional focus. Six months after receiving his pink slip, Stark is now a gainfully employed systems engineering manager for a health care payments platform company, thanks in no small part to Simplilearn’s Cloud Architect Master’s Program.

Stark’s story is proof positive that with the right motivation and training, professionals can recover and indeed thrive after experiencing a temporary setback due to events beyond their control. Learn how he leveraged Simplilearn’s unique online learning platform to reinvent his career.

The Challenge: Getting Back on Track After a Layoff

Stark describes himself as a positive person, an admirable trait during such trying times. So, soon after he was laid off as part of a broader reduction in force at the health care services company where he handled change and problem management, he directed his attention toward solving his own change in career status. He was already intrigued with the seemingly endless potential of cloud computing and saw that advanced cloud skills were in high demand.

He wanted to immerse himself in all aspects of cloud technology and gain hands-on experience with the three major cloud computing platforms: Amazon Web Services (AWS), Microsoft Azure, and Google Cloud Platform (GCP). He was particularly intrigued with the expanding use of cloud technology for virtual machines, application servers, application services, web services, and so much more.

While Stark was able to find classes on, say, AWS or Azure, what he really wanted was a program that would provide a comprehensive and rigorous education in cloud computing that involved all three major cloud platforms. He searched online for programs that were comprehensive, effective, affordable, and flexible, and Simplilearn’s offerings consistently showed up at the top of the list. As he refined his search, he decided that Simplilearn had more to offer and its process looked intuitive to him.

His mind made up, Stark enrolled in Simplilearn’s seven-course Cloud Architect Master’s Program, covering the latest tools and methods across all three major cloud platforms.

With more than 60 live, instructor-led online classes, 100 hours of self-paced instructional videos, and 16 hands-on, industry-aligned projects to practice and demonstrate newly learned skills, the Cloud Architect Master’s Program requires a significant time investment. As of publication, Stark is well on his way to completing the program and receiving his Master’s Certificate from Simplilearn.

“It had the perfect blend of live classes and self-learning videos,” he said. “Doing the lab work, I was able to take book knowledge and equate it to hands-on knowledge. That really helped and shored up my understanding of the technology.”

Stark stressed that being able to confidently apply what he has learned in real-life, on-the-job situations is key. He was genuinely impressed with the instructors’ knowledge and ability to help learners apply what they learned in the lectures and videos to a more real-life environment. After all, what good is knowing something if you can’t do it?

The IT veteran faced a couple of minor difficulties during the program, but said he was always able to get prompt assistance when he needed it. He also credits his family for their unfailing support, as he was unemployed but spending a significant amount of time on his studies. At times, he said, the learning sessions were particularly gruelling, requiring four to six hours at a stretch.

Regardless, Stark anticipated the challenges before he enrolled and said the courses have given him a lot of hope and excitement for the future.

The Results: Skilled Up and Ready for the Future

Although he’s still working to complete the Cloud Architect Master’s Program, Stark is pleased with what he’s learned (and able to apply professionally) so far. Since he started a new job in October, he’s appreciative of the flexibility that will allow him to finish the program while still working full time. One of the skills he’s proud of having acquired is the ability to create an EC2 instance, virtual product cloud, database, and web server on the AWS platform.

Most of all, he said, his experience with Simplilearn reinforced his commitment to lifelong learning.

“It keeps me up to date on the latest IT technologies, but it also shows that I have the ability to learn,” Stark said. He also sees continuing education as a crucial resource for corporations, both to leverage new technologies within the organization and to retain key talent.

Once he’s completed with his cloud program, Stark hopes to spend a little more time playing music in his studio. The accomplished drummer, guitarist, and vocalist even has his own recording studio.

Learn about the AWS architectural principles and services like IAM, VPC, EC2, EBS and more with the AWS Solutions Architect Course. Check out the course today.

Continuing Education is the Key to a Future in Technology

Most professionals today can expect to change careers and require new skills several times during their lifetimes. This is particularly true in the fields of technology, which are built on innovation by definition. What you learned as an undergrad is still important, but today’s tech talent will need to continually hone and update their skills. Whether you’ve been laid off as a result of the COVID-19 crisis, have already considered the need to upskill, or just starting out your career, Simplilearn has a lot to offer.