Ranked No.1 AI and Machine Learning Course by TechGig

Put your career in the fast lane with our extensive AI and ML Course in Los Angeles, in collaboration with Purdue University and IBM. Simplilearn’s AI and ML certification involves a cutting-edge curriculum, higher live interaction, masterclasses, hackathons, and hands-on industry projects to give you a rich learning experience. Become an AI expert today with our AI and ML course and increase your marketability in this domain. 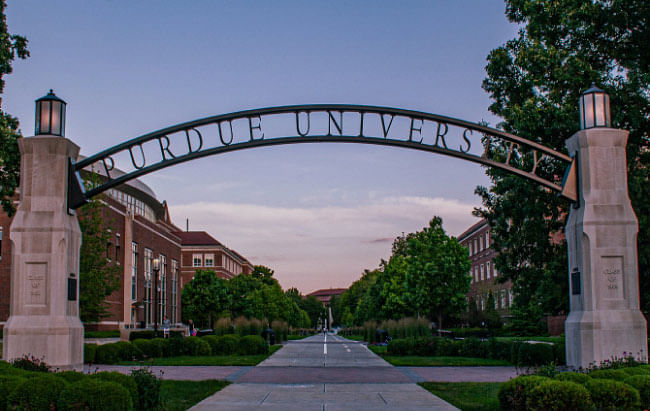 Why Join this Program

Looking to enroll your employees into this program ?
Inquire Now

The AI and ML Course in Los Angeles includes Python, reinforcement learning, statistics, NLP, machine learning, and deep learning networks. You will learn how to deploy deep learning models on the cloud via AWS SageMaker, build Alexa skills, and access GPU-enabled labs with this AI and ML Certification. You can also explore AI tools like TensorFlow, Scikit-learn, OpenAI Gym, and more.

In association with Purdue University and in partnership with IBM, this extensive Professional Certificate Program in AI and ML Course will assist you in pursuing a career in AI, Computer Vision, Machine learning, and Deep Learning.

Disclaimer - The projects have been built leveraging real publicly available data-sets of the mentioned organizations.

Simplilearn’s Career Assist program, offered in partnership with Talent Inc, is a service to help you to be career ready for the workforce and land your dream job in U.S. markets.

Get a Resume Makeover from TopResume

By 2021, IDC predicts Data Science and cognitive computing spending will reach $52.2 billion. Data Scientist is one of the hottest professions.

Source: US bureau of Labor

These AI and ML courses cater to working professionals across industries. Learner diversity adds richness to class discussions and interactions.

As a software engineer, I was working on application development using Oracle forms, SQL, and database languages. I wanted to explore better technologies in the market and got to know that Machine Learning and Big Data revolved around SQL. When I started looking for training institutes, Simplilearn was referred to me. What I liked most about Simplilearn&rsquo;s AI and ML program was the context of the training and student-to-trainer engagement.&nbsp;

What other learners are saying

Candidates can apply to this AI and ML Course in 3 steps. Selected candidates receive an admission offer which is accepted by admission fee payment.

An admission panel will shortlist candidates based on their application

Admission to this Professional Certificate Program in AI and ML requires:

The admission fee for this AI and ML Course is $ 4,500. It covers applicable program charges and Purdue Alumni Association membership.

We are dedicated to making our programs accessible. We are committed to helping you find a way to budget for this program and offer a variety of financing options to make it more economical.

You can pay monthly installments for Post Graduate Programs using Splitit, Affirm or ClimbCredit payment option with low APR and no hidden fees.

We provide the following options for one-time payment

Got questions regarding upcoming cohort dates?
Talk To An Admission Counselor

Los Angeles is the second-largest city in the United States. It is famous for its ethnic and cultural diversity, Mediterranean climate, sprawling metropolitan area and Hollywood entertainment industry.

Due to the Orographic Uplift, coastal slopes and hills get higher rainfall. Usually, it rains less on summer days. Los Angeles’s largest market operating between both retailers and their suppliers is termed as cannabis businesses.

Landmarks in Los Angeles are the Bradbury Building, the Los Angeles County Museum of Art, Universal Studios Hollywood and more.

Things to do in Los Angeles are visiting The La Brea Tar Pits and Museum, THE BLOC, The Broad, Runyon Canyon Park, Santa Monica Pier and so on.