HomeResourcesAgile and ScrumStudent Spotlight: Acquiring the Skills to Match His Ambition

Advantages and Disadvantages of Scrum

All About a Certified Scrum Master Salary: Top Paying Industries and Countries

Student Spotlight: Acquiring the Skills to Match His Ambition 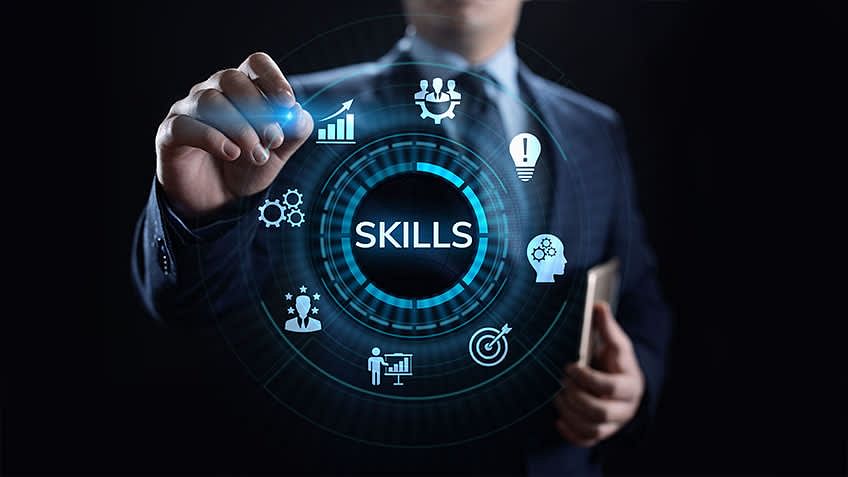 There are countless success stories about professionals who started out in the mailroom and worked their way up to the executive suite, but these are increasingly rare. Today, even the brightest, most driven professionals must acquire certain formal skills in order to meet their goals. Southern California professional Miguel Angel Jimenez Garcia always had great insights and ambitions larger than his job description, but his ideas routinely fell on deaf ears.

Garcia realized he needed to learn some new hard skills to leverage his innate abilities and drive in order to grow into his full potential. But, like so many others, Garcia didn’t have the time or flexibility to attend in-person classes while also working full time and taking care of his parental responsibilities.

After a couple of unsatisfying roles, Garcia was hired as a product owner in ThermoFisher Scientific’s Carlsbad, Ca. office. That’s where he was exposed to the agile process, which led him to Simplilearn’s Agile Certified Practitioner (PMI-ACP®) training program. After becoming certified, he was much better equipped to communicate his ideas and work seamlessly with other colleagues.

“Overall it was a really good experience,” Garcia recalled. “Since taking my PMI certification course, and subsequent certification, I have seen a lot of differences [in my career].”

One of these differences, Garcia explained, was that his training and certification resulted in his ideas and input being taken seriously and leading to positive impacts throughout his organization. This is the story of how the right skills training can take a sharp mind and determination to the next level.

With University of MassachusettsView Course

The Challenge: Launching a Satisfying Career

Garcia, who began his career working as a call center agent at a young age, pursued his undergraduate degree in computer science. Empowered by his new degree and ready to take on more responsibility, he took a job as a business analyst with a telecommunications company. His position consisted of generating estimates based on analysis reports, but what he really wanted to do was create a product, enhance customer experience, and develop tangible solutions.

An innovator and ideas guy at heart, the rank and file reality of the job didn’t match his ambitions or abilities. The boundaries and limitations put in place at his place of employment meant that his ideas were routinely ignored. So, realizing that the job wasn’t the right fit, he looked around for more suitable employment.

That’s when he landed at another telecommunications company but in a different role, managing teams and contributing to the development of the products. It was much closer to what he really wanted to do, but the organization was not particularly innovative, didn’t embrace new processes, and—as a result—failed to provide the space Garcia needed to realize his true potential.

Finally, Garcia was hired as a product owner with ThermoFisher, where the team had been adapting agile methods and other forward-thinking ideas. Here, he attended work-related meetups focused on agile technologies for the purpose of increasing team productivity and enhancing customer satisfaction. From these meetings, he decided he wanted to learn practical techniques for planning and estimating the cost of the project using agile methods. That’s when one of his friends suggested that he pursue a project management certification through Simplilearn.

The Simplilearn Solution: Turning Ambition Into Action with a Project Management Certification

Garcia, a working father, wanted to advance his career and learn the tools that would help him find continued success with his employer, but needed something that worked with his schedule. He checked out a wide range of online certification programs in his price range, but found the curriculum and format of Simplilearn’s Agile Certified Practitioner (PMI-ACP®) course to be the best fit for his needs.

With its unique combination of instructor-led lessons and self-paced videos, in addition to real-life case studies and simulation exams, he believed it would be the ideal solution. In fact, he was able to pass the exam on his first try after completing the course materials. Garcia spread the word about Simplilearn to his colleagues, encouraging them to continuously develop their skills to remain ahead of the curve.

He had such a positive experience with the program, that he followed it up with Simplilearn’s Lean Six Sigma Green Belt Certification training program. Garcia says the combination of these two certifications has amplified his professional versatility, raised his profile within the organization, and done wonders for his career in countless other ways. In short, adding the right skills to his toolkit has enabled him to unleash his true potential.

Garcia always knew he had the chops to have a more direct impact at work, he just needed a skills tuneup. Armed with a powerful PMI-ACP certification, he now understood the terminology and processes used by his colleagues and was able to communicate his ideas in an actionable manner. Simply put, people started listening to him and supporting his efforts to cultivate change and improvement. With the right knowledge, he was able to convey smart solutions to project-related problems.

Motivated by a desire to help others turn their ideas into reality, the certification from Simplilearn has given him the opportunity to meet fascinating professionals from different companies across the globe from the IT industry. He’s thrilled to have the opportunity to make significant contributions to various projects, which he had long sought, while his goal is to build a research and development team to help turn ideas into products and services.

Because Garcia’s peers recognize his knowledge and expertise in the project management domain, he is regularly asked to interview candidates to help determine their capabilities. Beyond the office, he has grown as a person and is grateful to have the ability to express ideas and turn them into reality. He also looks forward to becoming a speaker and participating in conferences related to his profession and helping people solve their problems.

Stuck in Neutral? Get Certified and Kick Your Career Into High Gear

Garcia is still the same person he always was—intuitive, intelligent, and highly motivated—but now he has the tools to properly wield his natural gifts. If your career isn’t moving in the right direction, don’t be discouraged. Get certified. Simplilearn’s highly-effective applied learning approach to skills training can take your career to new heights. Check out Simplilearn’s wide selection of project management courses today and prepare for a brighter future.

Find Post Graduate Program in Agile in these cities

How to build a career in Project Management